UPDATE: We’re happy to say that our friend Ashley V. Robinson’s Kickstarter campaign for her comic book AURORA & THE EAGLE #1 was successfully funded! The money raised will go towards production costs for her creator-owned title.

Los Angeles, CA – March 13, 2019. Top Cow Talent Hunt winner and co-creator of Jupiter Jet and Science!: Ashley Victoria Robinson (“Love is Love”, “Apollo IX #1”, “Witchblade #175”), and Queen Street artist: Emmanuelle Chateauneuf (“Saint Anthony’s School for Misplaced Children”, “Tinseltown”), are a team of Canadian comic book creators who have teamed up to create the first chapter of an all-new comic book adventure. Aurora & the Eagle stars a young woman who is imbued with the power of the Northern Lights and must move from her home base in Canada to the United States to fulfill her superheroic destiny! 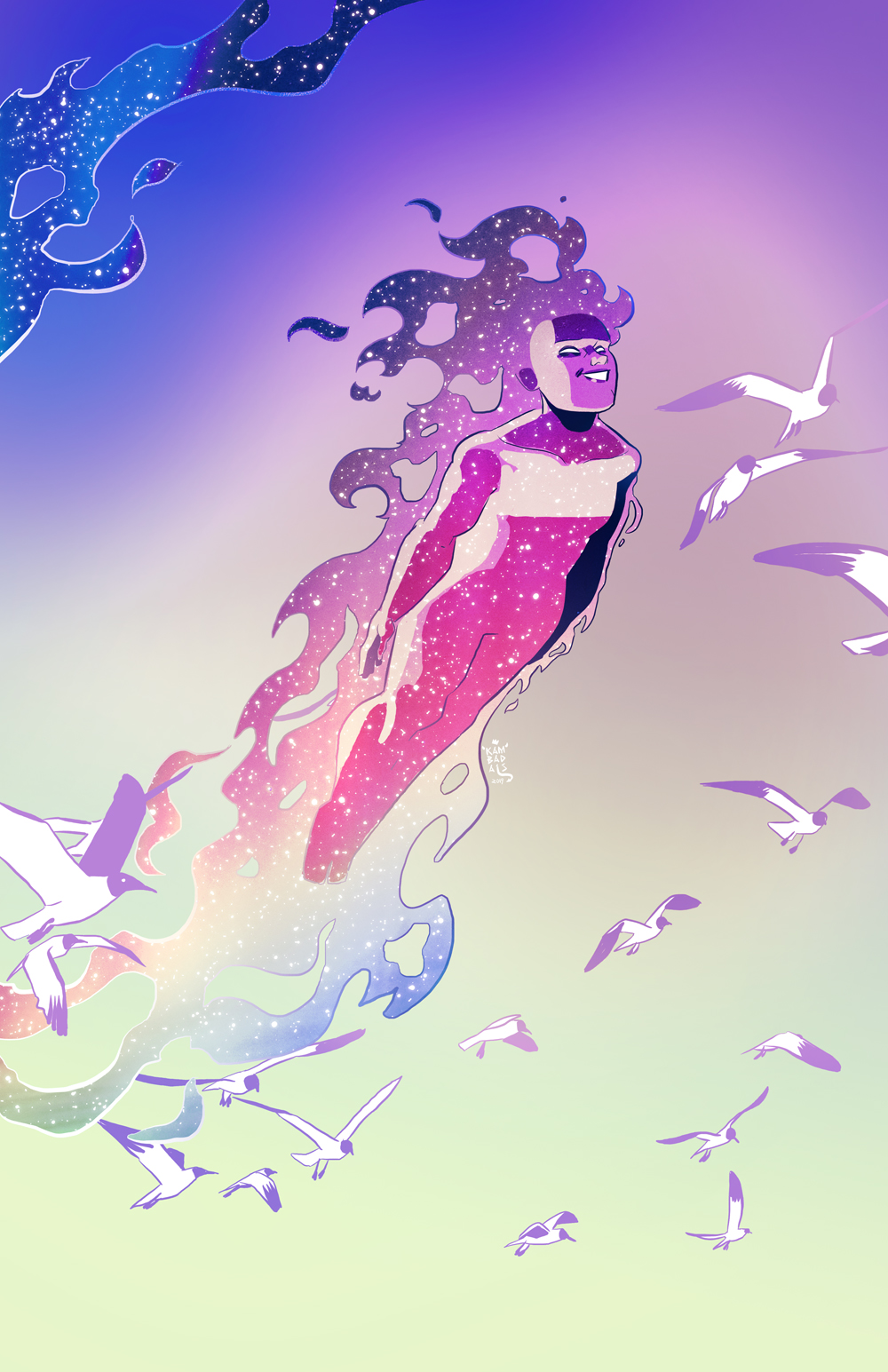 Art for AURORA & THE EAGLE by George Kambadais.

“Aurora & the Eagle” asks the question what if the Justice League operated like the United Nations? Each country has a superhero representative to keep the world in balance. When Canada’s rep, Ed Fitzgerald, dies under mysterious circumstances American vigilante, The Eagle, is forced to recruit Aurora, Canada’s premier superhero, and bring her back to The States to begin her training.

Aurora Borealis’ journey mirrors writer Ashley Victoria Robinson’s own experience immigrating to the United States. This year Ashley is about to complete her application for American citizenship. TL;DR it’s an expensive process, so the majority of the funds from this Kickstarter campaign will be going to cover Ashley’s costly legal fees.

When Justice League: the Animated Series embraces its Golden Age origin all tied up with an international flair you get “Aurora & the Eagle”. This examination of the early 20s experience of leaving your home and literally finding your place in the world is chock-full of both Canadian and American cultural references that are sure to both delight and leave readers with some interesting things to Google when they are finished reading. It celebrates a modern immigrant experience and everything good that comes about shifting your identity to embrace another culture fully – with super cosmic powers!

Perfect for readers of all ages, but especially those who love: Nelvana of the Northern Lights, Supergirl, and She-Ra.

“This is an idea I’ve been noodling with for several years and as I’m about to join my Canadian and American identities now seemed like the perfect time to bring Aurora & the Eagle to life,” Robinson says, “Aurora is my most personal character to date and, even though I don’t have superpowers, she’s a mirror of the person I was when I first moved to Los Angeles.” 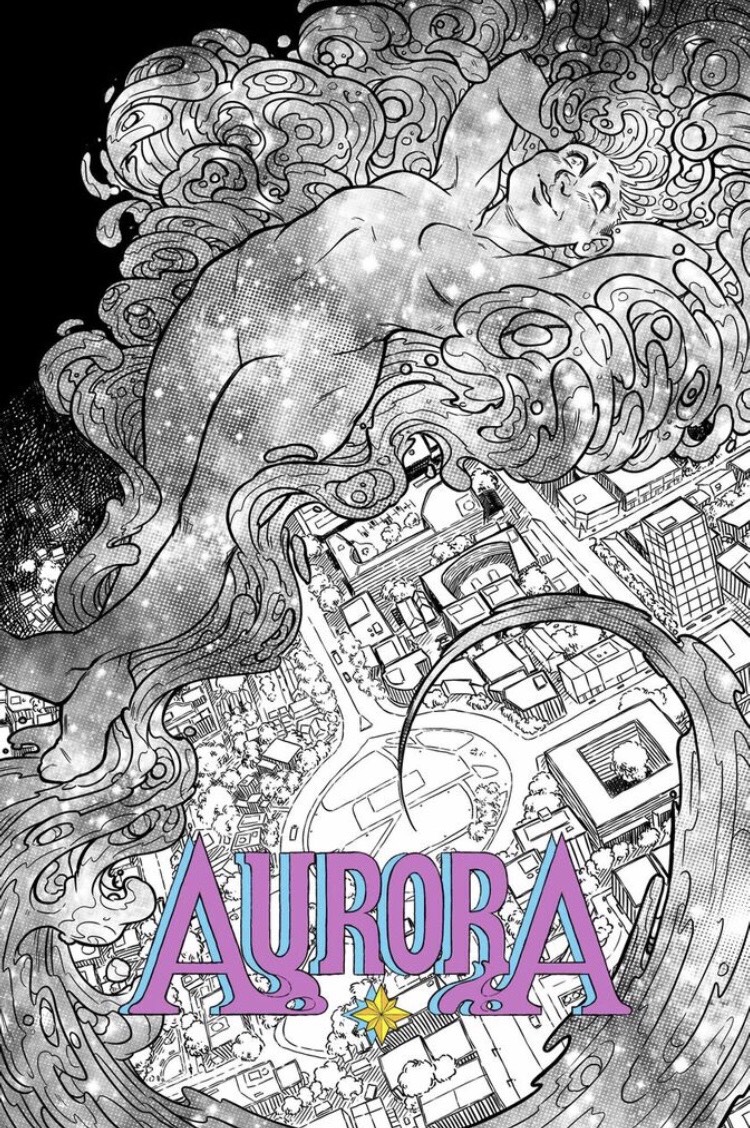 Art for AURORA & THE EAGLE by Emmanuelle Chateauneuf.

Emmanuelle Chateauneuf provides pencils, inks, and the trade dress for Aurora & the Eagle. Robinson found her on a CBC list of the 10 Canadian comic books and graphic novels you should be reading right now: h ttp://bit.ly/2VXhQFj Robinson knew she wanted to work with a Canadian female-identifying partner and Chateauneuf has been a wonderful addition to the project. Carlos Mangual (“Nightwing”, “Action Comics”), will letter.

Lucky for backers, Aurora & the Eagle #1 is already complete. Once the Kickstarter completes backers will be getting the premiere look at this issue in a matter of days.

Kickstarter backers can pre-order the first issue during an exclusive window before the rest of the graphic novel gets underway. This issue features a cover by Sa Vu ( Lightning Strikes ), that is exclusive to the campaign along with a secondary print by Vu and one by George Kambadais ( The Vampire Diaries, The Double Life of Miranda Turner), that will not be sold anywhere else. There is also an opportunity for backers to purchase a “Humble Bundle” of Robinson’s previous published comic book works including: Witchblade #175, Apollo IX #1, Terrific, Thief, and Jupiter Jet vol 1.

The Kickstarter launches Wednesday, March 13 and will conclude in 30 days. www.AuroraAndTheEagle.com will take you directly to the campaign.