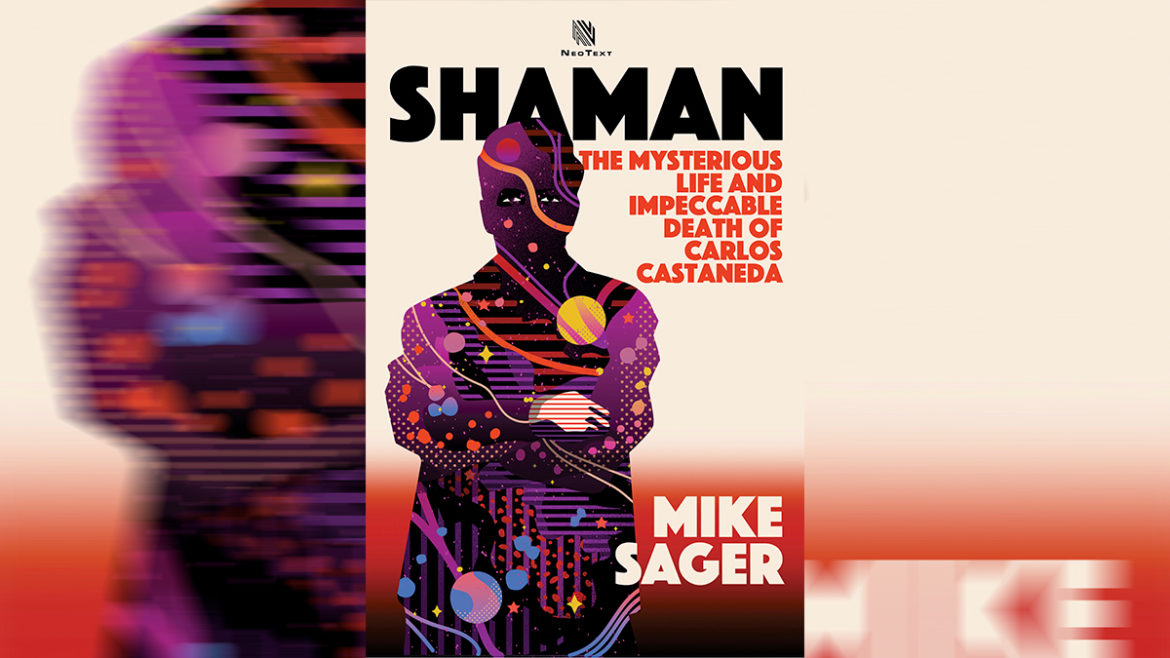 Welcome to Meet a Dork, a feature on Dorkaholics where we get to know a fellow dork somewhere in the world. Through Meet a Dork, we hope to not only establish new friendships with other fans but showcase the vastness of our community, the diversity of backgrounds, and the unique stories of each person.  This week, we have reporter Mike Sager to discuss his upcoming audiobook SHAMAN, an illuminating deep dive into the life and death of controversial figure Carlos Castaneda.

NEIL BUI (NB): Carlos Castaneda isn’t exactly a household name with the younger generation. What aspect of Casteneda’s life do you feel will be most interesting to those who pick up this audiobook with no background knowledge of this controversial figure?

MIKE SAGER (MS):  In 1968, at the height of the psychedelic age, a young, Latinx anthropology student from UCLA named Carlos Castaneda published The Teachings of Don Juan: A Yaqui Way of Knowledge. It was the first of twelve books describing his apprenticeship in the rugged and fantastical deserts of Mexico to an Indian shaman, and his journeys to the “separate reality” of the sorcerers’ worlds. Like Herman Hesse’s Steppenwolf and Aldous Huxley’s The Doors of Perception, The Teachings of Don Juan and its sequels became essential reading for legions of truth-seekers over the next three decades—a groovy trip into the heady netherworld of psychedelic drugs and alternative realities; think Kerouac does psychotropics.

In time, Castaneda himself became a cult figure—seldom seen, nearly mythological, a cross between Timothy Leary and L. Ron Hubbard: a short, dapper, brown-skinned, Buddha-with-an-attitude who likened his own appearance to that of a “Mexican bellhop.”

Though the Sorcerer had ten million books in print in seventeen languages, he lived in wily anonymity for nearly thirty years, doing his best, in his own words, to become “as inaccessible as possible.” Most people figured he had a house somewhere in the Sonoran Desert, where he’d studied with the leathery old Indian brujo named Don Juan Matus.

In truth, Carlos Castaneda had lived and written most of that time in Westwood Village, just outside the gates of UCLA, a neighborhood of students and professors not far from Beverly Hills. Most of what was generally believed about the Sorcerer, it would turn out, was not remotely factual.

NEIL BUI (NB): Can you tell us more about his journey?

Castaneda’s books were kind of like a thrill ride into the spiritual unknown. Peopled with indigenous Indians, anthropomorphic incarnations, and spirits both playful and malevolent, the books evoke mysterious winds and terrifying sounds, the shiver of leaves at twilight, the loftiness of a crow in flight, the raw fragrance of tequila, the vile, fibrous taste of peyote. Castaneda writes extensively of his meetings with Mescalito, who comes to him disguised successively as a playful black dog, a column of singing light, and a cricket-like being with a warty green head.

Castaneda hears awesome and unexplained rumblings from dead lava hills; converses with a bilingual coyote; sews shut the eyes of a lizard with a needle and thread harvested from a cactus; meets the guardian of the Second Attestation, a hundred-foot gnat with spiky tufted hair and drooling jaws. And he details the preparation and ingestion of humito, the little smoke, made from the dust of psilocybin mushrooms. He also writes of his experimentation with Yerba del diablo, the devil’s weed, also known as datura. It causes Castaneda to sprout wings, beak, and feet, transform into a crow, and fly off into the heavens.

NB: On the other hand, there are many who do know of Carlos Castaneda and consider him a fraud. How do you think this audiobook will be received by those on the fence over Casteneda’s place in history?

MS: I think my story hews perfectly to this quote from Carlos Castaneda scholar Richard Richard de Mille (the son of the famous movie producer, Cecil), who said: “Castaneda wasn’t a common con man, he lied to bring us the truth. His stories are packed with truth, though they are not true stories, which he said they are . . . This is a sham-man bearing gifts, an ambiguous spellbinder dealing simultaneously in contrary commodities—wisdom and deception.”

Instead of judging, what I seek to do is unravel the mystery. It does appear that what de Mille said was absolutely true. I like to think of his stories as part of a mythology he created to tell life lessons. Like the Greek and Roman myths. I mean, do you think anybody really turned into a swan?

NB: Castaneda’s work can be quite dense and complicated. What was the process like of breaking down his work and making it more accessible and easy to understand to the average reader?

MS: At the most basic level, a reporter’s job is to ingest a lot of information and to then summarize it for their readers. Every story I do begins with me knowing zero. It becomes my job to learn whatever material is available.  I read all 12 books over and over. Marked them up with a highlighter and Post Its. It’s like I was taking a course on Carlos Castaneda and I wanted an A. I do every story this way. I’m nobody genius. I have learned how to learn over the years, I guess.

And besides, I don’t think the material is difficult to learn. I will say the first few books are more exciting—reading of a fantastical, drug-fueled, adventure.  In time he deals more and more with the philosophy and the books get a bit drier.

Also, in time, as an organization grew around him, Castaneda gets into movements and stuff (the Magical Passes) that more resemble yoga—and that can be commercially taught. Also, he gets into the practice of Lucid Dreaming. There’s a super cool account in the book of one followers’ dreams.

NB: Regardless of whether or not you think he is a visionary or a fraud, it does seem that Carlos Castaneda — at the very least — introduced new ways of thinking that can be helpful for navigating through life. Were there any philosophies in particular that you took away as being valuable for your own life?

MS: With Carlos Castaneda, even though, in the end, he might have been nothing more than a great philosopher/storyteller, I came away with a lot of spiritual knowledge that helps my life. Maybe it’s partly to do with the fact that Castaneda studied many modes of spiritualism and belief systems before he amalgamated them into his own practices and principles—in my humble experience, all philosophical and religious roads kind of lead to the same place.

By far the most important thing I came away with was Castaneda’s concept of living life as an Impeccable Warrior, meaning: a person who is wholly at one with their environment. He believed this should be every person’s ultimate goal.

An Impeccable Warrior lives every moment to the fullest, rises to every trial as a challenge, takes responsibility for everything they have a part in, and lives impeccably every single day. They are agile and strong, unencumbered by sentiment or personal history, and perform as if each act may be their last. The Impeccable Warrior’s ultimate aim is “to stop the world and to see”—to experience life directly, grasping its essence without interpreting it, coming eventually to the realization that the universe, as perceived by everyday humans, is just a construct based on shared customs and languages and understandings.

To my way of thinking, Castaneda’s basic philosophy is an exciting way to describe what my Jewish father called “being a mensch,” which is just another way of saying . . . a person who does the right thing.

Illuminating, engrossing, and brilliantly told, SHAMAN is currently available as an audiobook and can be found on Audible and Amazon. Links, an audio sample, and further info are here at The Sager Group’s website. Ebook or paperback versions are available via NeoText’s website and wherever books are sold.

Mike Sager is a best-selling author and award-winning reporter. A former Washington Post staff writer and contributing editor to Rolling Stone, he has written for Esquire for more than thirty years. Sager is the author or editor of more than a dozen books, including anthologies, novels, a biography, and textbooks. In 2010 he won the National Magazine Award for profile writing. Several of his stories have inspired films and documentaries; he is editor and publisher of TheSagerGroup.net. For more information, please see MikeSager.com.