The New High Fidelity: Too Cool to Commit

The new Hulu series High Fidelity, a revamp of the 2000 film based on the novel by Nick Hornby, is an interesting case of gender-bent and race-bent casting. This version stars Zoë Kravitz, a mixed-race Black woman (and the daughter of Lisa Bonet, who played a supporting role in the movie), as the lead character originally portrayed by John Cusack, a white man.

While the concept of gender-bent casting is nothing new, and race-bent casting in favor of actors of color is happening more often, this remake is in no way typical. The 2000 version of High Fidelity involves a pretty basic story about a record store owner, Rob, who struggles to come to terms with past relationships. Reimagining this particular story with a more diverse cast isn’t exactly like doing so for a Disney film or a Shakespeare play, and raises the question of whether the time rebooting it could have been better spent creating an original story. But does the series hold up? Well, yes and no.

The truth is, Kravitz’s Rob has been set up for failure. She frequently drops exact lines, some slightly amended, from the 2000 film, but she isn’t nearly as much of a scumbag or a performative nerd as Cusack’s character. There’s nothing inherently wrong with Kravitz playing Rob cooler—after all, a woman of color isn’t likely to be troubled in exactly the same way as a white man. But the confines of the old story don’t give the new character room to fully become herself. This new Rob is more generic as if vital parts of her were erased to make the framework of the original story fit her. While her love life reckoning and music geekery are still fun to watch, and some uncomfortable scenes between her and her exes are effectively disconcerting in their realness, we never get a sense of why she’s tanked her past relationships or what her inner struggles are.

Part of what saves the show from falling flat is the quality of its supporting characters, namely Rob’s work friends Simon (David H. Holmes) and Cherise (Da’Vine Joy Randolph). Simon, the equivalent of the introverted Dick (Todd Louiso) in the original, is a white man who Rob dated before he came out as gay, while Cherise, an aspiring musician swapped in for Barry (Jack Black), is a Black woman. 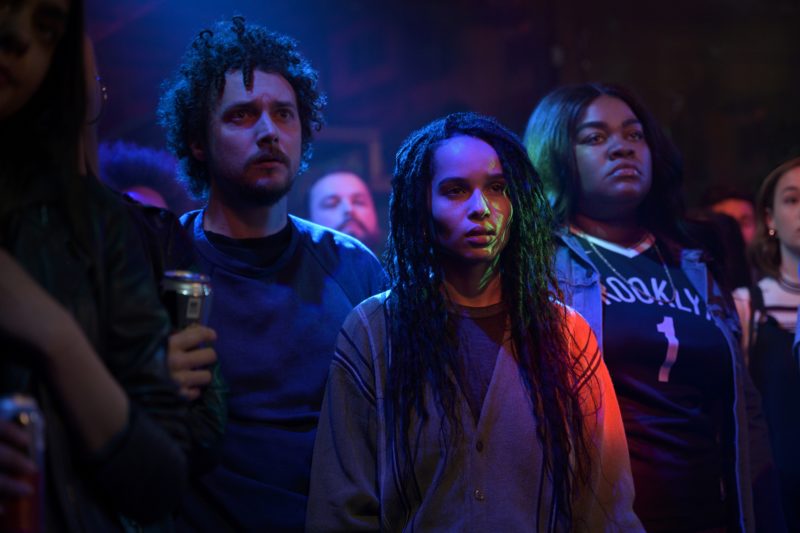 As in the film, Rob is so wrapped up in her own drama that she misses the interesting details of her friends’ lives: Behind her outgoing and opinionated exterior, Cherise harbors deeply felt ambitions and vulnerabilities around her desire to be a performer. Simon has a crush on a barista at a nearby coffee shop but struggles with uncertainties emanating from his own past love life.

Simon’s story arc, which at one point is given its own episode, feels more fully actualized and emotionally honest than anything else in the show, and this calls attention to how underwritten the Black female characters are by contrast. Cherise doesn’t receive anything like the attention Simon does, although her character has just as much potential, and even Rob is rendered with less care.

High Fidelity is still a very watchable and entertaining series; many viewers may find it preferable to the 2000 film, if only for its more diverse casting. However, its steps towards inclusivity in no way inoculate it against typical representation problems inherent in television today. Like Rob, the series seems willing to seek out new ground on a surface level, but afraid to commit on a deeper one.

Review: Batman: Return of the Caped...

What We Know About the Deathstroke...