In 2016, former marketing manager and comics blogger Tony Kim started Hero Within, a line of sophisticated apparel for fans seeking to incorporate their favorite series into their everyday fashion. And this year, at Disney’s D23, Hero Within released a few Marvel exclusives.

“D23 is a big collectors’ show. This might be the only place they can get stuff,” Kim said. “We created our new products with the collector and discriminating fan in mind, all supporting the new Disney+ streaming service.”

Good thing Kim has been to D23 as an attendee before, because it means he understands what the House of Mouse is looking for when Hero Within sets up shop.

“Last day of #D23Expo! Come by our booth or else you’ll make me angry… and you wouldn’t like me angry”
-Tony@crazy4comiccon pic.twitter.com/UJzpQAkGCn

“I’ve been here as a fan, so I know Disney is very discriminating about the licensees they partner with at this show.”

Make no mistake, Hero Within provides fans with options beyond t-shirts, hoodies, and hats; Tony Kim has designed jeans, coats, blazers, and more.

“Fans expect more than just t-shirts and hoodies. We want to raise that ceiling. There should be no rules about how you can express your fandom or wear what you love, in any setting.”

A fan first and fashion entrepreneur second, it was at a past San Diego Comic-Con that those two points of his life started to converge.

“I’ve been a fan my entire life,” says Tony Kim. “I started going to cons about 15 years ago and began cosplaying fairly recently. I got to the point where I was crafting my own jackets made from the giant tote bags that Warner Bros gives out at San Diego Comic-Con, and that was starting to get noticed on social media.” 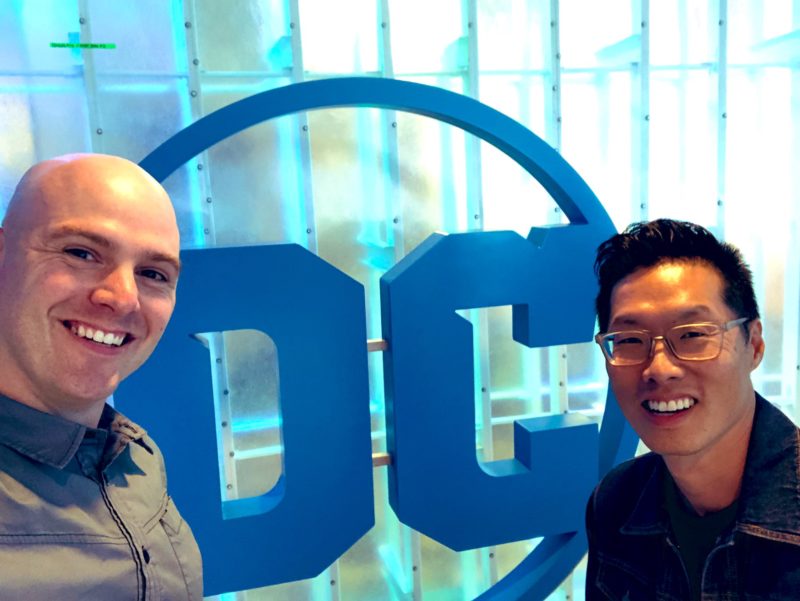 Capitalizing on the attention he was receiving online, he recognized a business opportunity that he could uniquely address.

“Around 2015, I saw that geek fashion for women was really stepping up, but there weren’t many options for guys.”

And so, Hero Within was born, with just as epic of a mission as its name.

“Who you are on the outside should reflect who you are on the inside. We call it Hero Within because there was a time when nerds were misunderstood, seen as misfits. Now we’re grown up. We’re entrepreneurs, artists, social influencers, successful people. Our fandom changed the world. But when we dressed as fans, the options didn’t reflect that degree of sophistication and success. We’re bringing that fandom to everyday life – work, social life, leisure – so you don’t have to compartmentalize your life through fashion.”

A Comic I Recommend to Everybody No Matter...

Why I Love the Comics Medium for Storytelling

Meet the Interns for Summer 2020

Dorkaholics is a registered trademark of Dorkaholics LLC in the United States. All other trademarks are the property of their respective owners. All rights reserved.

Dorkaholics is supported by its audience. When you purchase through links on our site, we may earn an affiliate commission.