The lead role of Black Bolt for the upcoming ABC series Marvel’s Inhumans has been given to Anson Mount, known for Hell on Wheels.

The series will follow the story of the royal family including Mount’s character as Black Bolt, the King of the Inhumans, a powerful whose whisper can even destroy a city. So like the character in the comics, his television adaptation will also be silent. 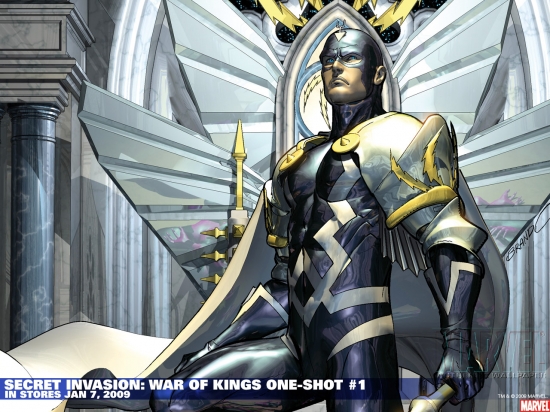 Black Bolt on the cover of “Secret Invasion: War of Kings One-Shot” #1. Anson Mount will be playing the character in the television series “Marvel’s Inhumans”.

Anson loves the challenge of playing a character who will only communicate silently. His enthusiasm mixed with his imposing almost regal persona made it easy to see why he is our Black Bolt.

Black Bolt is a character whose deep complexity must be conveyed without uttering a single word, and I’m very excited to have Anson on board to bring him to life.

The first two episodes of the series will be debuting in IMAX theaters this September, before the television premiere for the fall season.

Among The Stars: Travel with NASA Astronauts on Disney+