If you live in Southern California and love all things Asian, but have never heard of the Asian American Expo, shame on you, now’s the time to learn. This year marks the 35th anniversary of the Asian American Expo and as per usual, there was no shortage of food, products, and events. The Asian American Expo celebrates the new lunar year cycle and this year was in commemoration of the Year of the Monkey. So for all you people who were born in 1980, 1992, and 2004, this is your year – enjoy it while it lasts (I’m assuming if you were born in years before, you’re probably not going to be reading this blog).

I was lucky enough to be able to attend on behalf of Dorkaholics, courtesy of Christine Tran (follow her on her instagram!!!), to see what it had to offer. To be quite honest, the entire expo as a whole wasn’t as fun as I had hoped it would be, but if you go with the right people, even the most mundane tasks can turn out to be an enjoyable experience so go with friends in the future!

To start off, I’m going to talk about the food:

This expo was extremely similar to the 626 and OC Night Markets that many Socal Asians frequent. It’s filled with dozens of food booths lined around vying to get the most amount of customers by the end of the night. But the one difference? Samples. Samples. Samples. Everywhere. There were about four different halls that I went to (if I recall correctly) and all but three of them were selling some sort food item on top of the numerous food booths outside that were willing to give the people who walked by a little taste of what they were cooking.   All you had to do was just walk around and people were literally shoving samples of what they had at their booths at you. You want to try some noodles? Go to the shin ramen free sample line, or the obscure only Chinese/Taiwanese people grew up with noodle line, or the Jin ramen line. I was offered nuts, some sort of tea, poke, popcorn (multi flavored lol), and mabo tofu. Honestly, if I really wanted to, I could have probably had waaay more samples, but I was too busy taking in the giant organized chaos that was the expo. There were about a hundred plus different booths all selling different products. Some were for hotels and casinos, some were for medicine (both Eastern and Western), others had artwork, while another carried cooking utensils, etc, etc. Whatever you could think of, they were probably selling it somewhere in there. However, most of these booths were in Chinese or another language and I found myself unable to communicate as effectively as I would have liked. Due to how crowded the halls were, I didn’t take any pictures, but I can only encourage you to go next year to go check it out! (By the way, you can haggle for  most things there as long as you do it the right way).

While I did enjoy many different snacks and meals there was one that really stuck out for me. The food, although not Asian, is run by an Asian man and his family and friends. It’s called Lobsterdamus, a booth that I’m all too familiar with (you can find them at almost every night market because they’re awesome like that) and got myself a whole lobster for twenty freaking dollars. This thing was decently sized, delicious, and oh so worth the money as per usual. 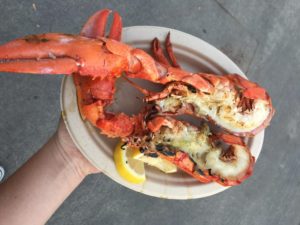 Moving away from the food, as much as I hate to, I want to cover a little bit about Anime Impulse.

This was its first year being a part of the Asian American Expo, and I can say that it definitely wasn’t as cohesive and complementary to the expo as a whole. Typically, the expo has drawn families and you wouldn’t really find too many young adults walking around or attending the expo unless it was for work or with their families. This year, the Asian American Expo tried to draw a younger crowd with Anime Impulse but the reaction from my observation, was slightly lukewarm. Many of the families who have been coming to the expo as a tradition, seemed confused and surprised by the cosplayers that started to mill around going from booth to booth but politely accepted their participation. On the other end of the spectrum, upon talking to some cosplayers, I found that they expected more fellow cosplayers and anime fans; they were slightly disappointed by the (lack of) turn out. Overall, Anime Impulse seemed to be its complete and own existence that just happened to be next to the Expo. Of course, this could have been due to the time of the day that I was there, so I will hold back any other judgments.

However I will say that for their first year, Anime Impulse was not a bad event. In fact, they actually had a lot of cool things going on. Similar to the main hall at Anime Expo, they had a lot of artists, and really fun booths that were selling some really pretty awesome trinkets and goods. There was a booth that was selling old school (in really good condition) arcade games.

And right next door was the brother actor/model duo, Yoshi and Peter Sudarso! This was a real treat because both of them are so down to earth and always willing to talk to their fans. They, like the rest of us on this site are huge dorks and nerds. If you’re not already, I strongly recommend following them on instagram! Yoshi and Peter. By the way they’re both going to be in a movie that’s coming out soon called A Zombie Named Ted. (For those of you who don’t know, Yoshi is currently the new Blue Ranger in the internationally recognized Power Rangers series.)

Eventually, I found myself at another booth where I found the coolest artist in the entire hall. His artwork was not only cute, but it was hilariously accurate in a sad, self-deprecating way. I encourage you all to check out his website and support him in his endeavors!

Here’s my personal favorite of the bunch:

And of course, I cannot forget all the cosplayers who showed up at this event! Again, as this was not Anime Expo, FanimeCon, WonderCon, Comic-Con, or any big named anime convention, the turn out was fairly good for the cosplayers. At the time that I was there, there was a walking Samus Aran, a Kamen Rider, Jack Frost, and of course a Megaman. These were by far the best cosplays I had seen so far. 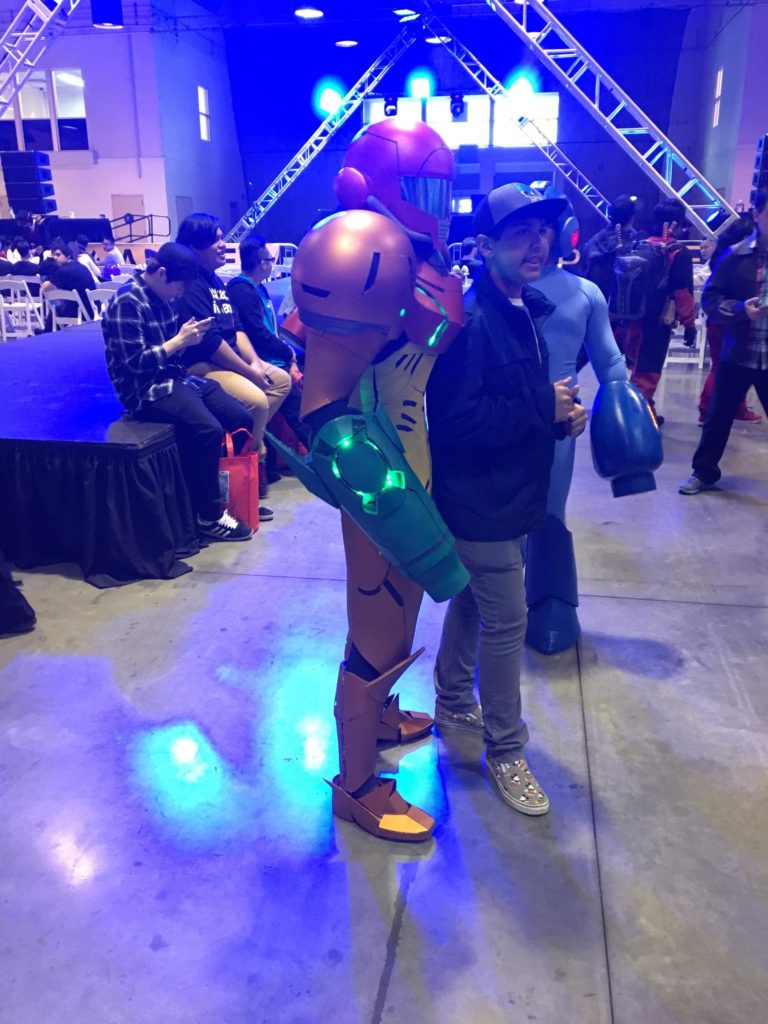 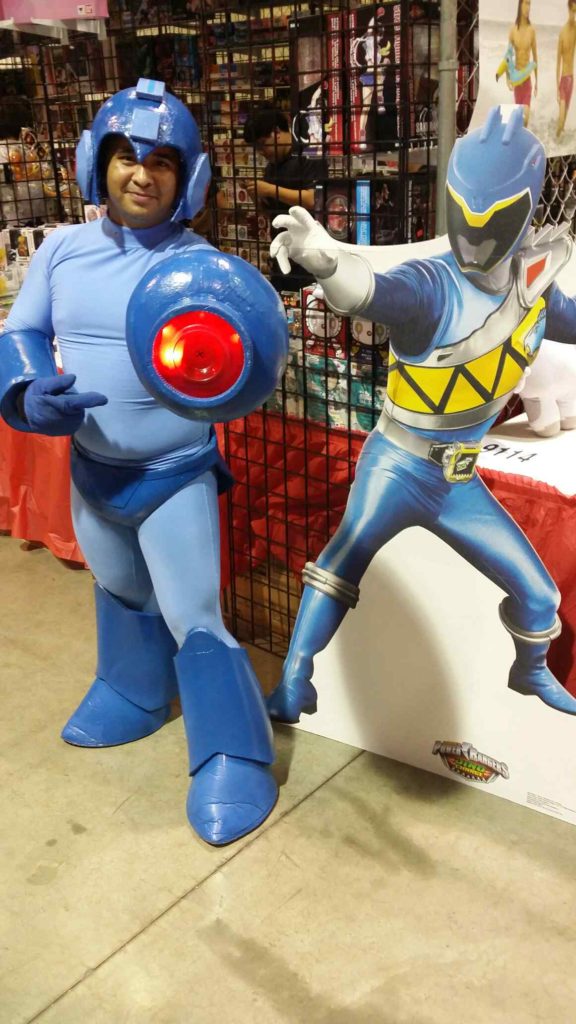 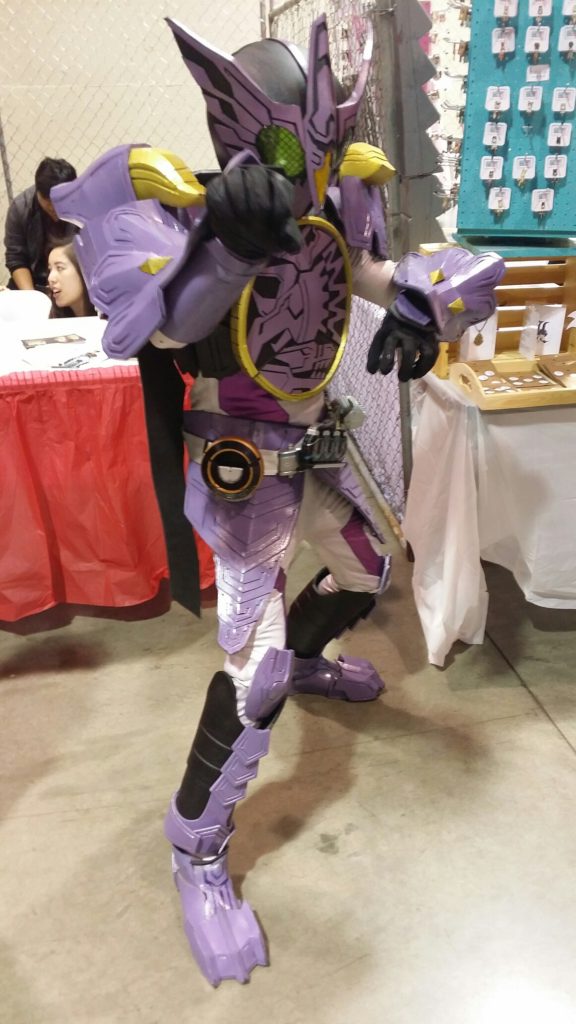 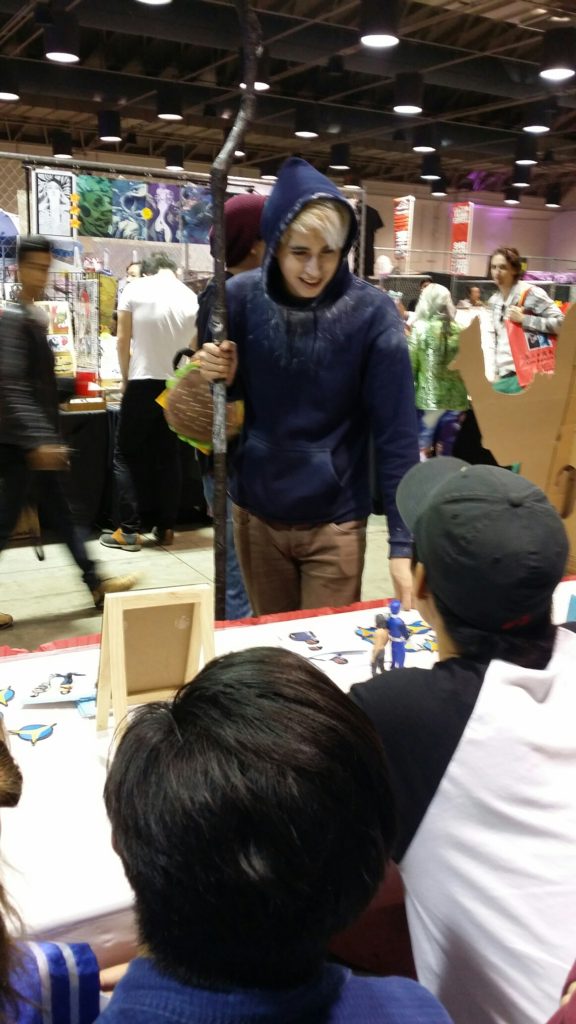 But the best cosplay of the day definitely had to be the two twin girls cosplaying as titans from the well-known series, Attack on Titan.

These two kids have been cosplaying as a duo for quite some time now. You can see on their Instagram different outfits that their parents make for them to wear at conventions.

Please remember that I only really posted about three of the many, many, booths that was at Anime Impulse. There was definitely a lot going on there, and a lot more to be explored. I would definitely come back to this event next year, and I can only see it growing from  here on out. To wrap up my review, I’d had to give the entire expo (including Anime Impulse) a solid 7 out of 10. The food was great, the packed crowds were to be expected, but it was definitely more for families and an…older crowd (think parents age) until we got to Anime Impulse. But, because of how new Anime Impulse is, it definitely wasn’t up to the standards that bigger cons are at, but that’s not a bad thing! It was still filled with an extremely talented group of artists, actors, and people that helped to make it happen. Either way, thank you Asian American Expo for filling my weekend with the happiness that I hope the new year will bring.