I started Attack on Titan in March when the quarantine began, just because I wanted to spend my time at home catching up on the show many call the Game of Thrones of anime. By the time I caught up and finished the third season, I realized the themes of the series connected well to this month’s theme, Apocalypse April.

Game of Thrones of Anime

So, how exactly is it comparable to Game of Thrones? Well, first of all,  you can expect over-the-top violence and bloodshed, without the racy fanservice. However, anyone who chooses to follow Attack on Titan should be cautious about becoming attached to characters as they are introduced because, in this series, death is coming, just like winter. The world creator Hajime Isayama has built is well-thought-out with deep histories to be unraveled each arc. While the pacing can be inconsistent (one arc might take place over a few weeks while another might just be hours in a day), the anime did not lose its momentum as the plot never slowed down for too long as the main characters were always tasked with an objective.

Now without diving too deep into the world of Attack of Titan, the premise is this:

Our protagonists live within the safety of walls meant to protect the inhabitants from the outside forces of man-eating giants called Titans. For the last hundred years, the people within the walls have lived peacefully, knowing they are safe from the Titans with military forces amongst the Military Police, Garrison Units, and Scouts. 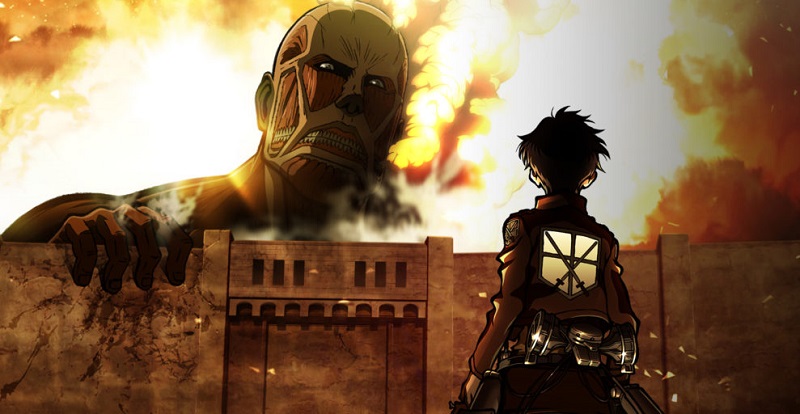 The main character, Eren Yaeger, criticizes the idleness of those who live within the walls. He asserts that mankind choosing to stay within these walls makes them nothing more than cattle by denying themselves mankind’s natural inclination to explore and venture what is known.

Now being over a month into quarantine, the feeling of being trapped and idle has come up every so often for me, making Eren’s points resonate with me in a certain way. While the danger of Titans is nonexistent in the real world and in its place is a pandemic, I believe it is only natural for myself and others to want to travel, leave the home freely, and even ignore some of the stricter laws that have been put in place for our safety. 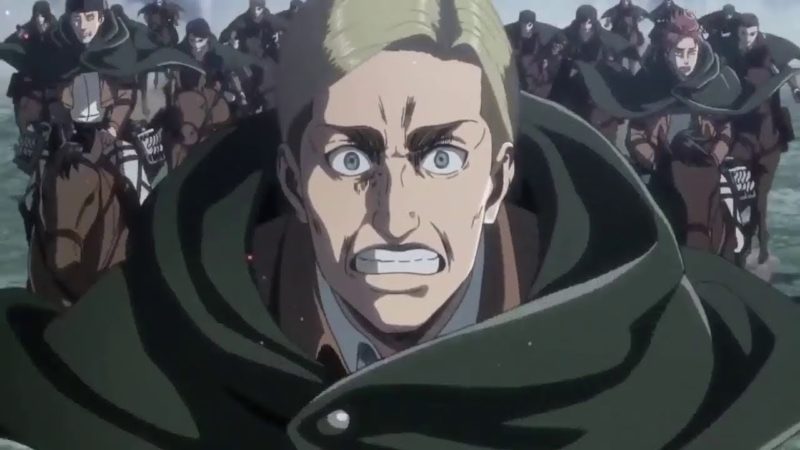 In the most epic scene in Attack On Titan, Erwin Smith led the Survey Corp to a suicide charge. Photo: Wit Studio

When the military forces face off against the Titans, it is often a dire and hopeless situation for the characters. Odds are likely the Titans will prevail each time yet under the leadership of Scout Commander Erwin Smith, his soldiers do not waver. They stand courageously in the face of humanity’s greatest threat and put their lives on the line for the sake of advancing mankind’s freedom.

No One is Wrong

“This sure is a peculiar feeling. I’m not scared at all for once, and I see everything clearly. I know, that no matter what happens, I can accept how this ends. Yeah, no one is in the wrong here. There was nothing to be done. We had no choice in all this, because this world, is just that cruel.”

Now another similar quality Attack on Titan shares with Game of Thrones, is how each story is told in a way that makes it difficult to determine who is right and who is wrong. Life isn’t that black-and-white at times and these works reflect with their characters that are in the grey and force audiences to make their preferences based on individual motivations.

There is No Truth

“The sole truth of this world, I’ve found, is that there is no truth. Any one of us can become a god or a devil. All it takes is for people to believe it.” – Eren

By the time that quote is said, a minor character points out how easily someone else could consider the people within the walls to be monsters like what the Titans are to them. There is so much hatred against the Titans, yet humans also hate each other that much.

I wasn’t expecting Attack on Titan to spark philosophical thoughts when I began the show, but I’m glad it did. The series has earned its place alongside series like Death Note and Code Geass for forcing me to reconsider my own thoughts and views on matters like the arguments for and against the ends justifying the means. While more mainstream anime such as Naruto have their philosophical moments, the intensity of the characters in Attack on Titan does a lot more to drive the points home.

Sinister Six and Venom to hit...