Check out some screenshots from the upcoming game, Batman: Arkham Knight! 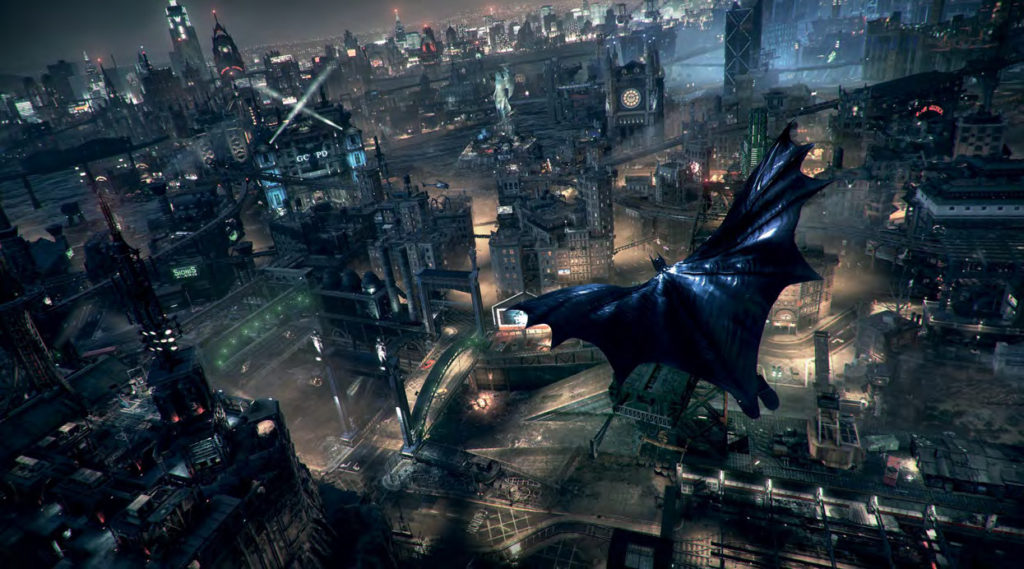 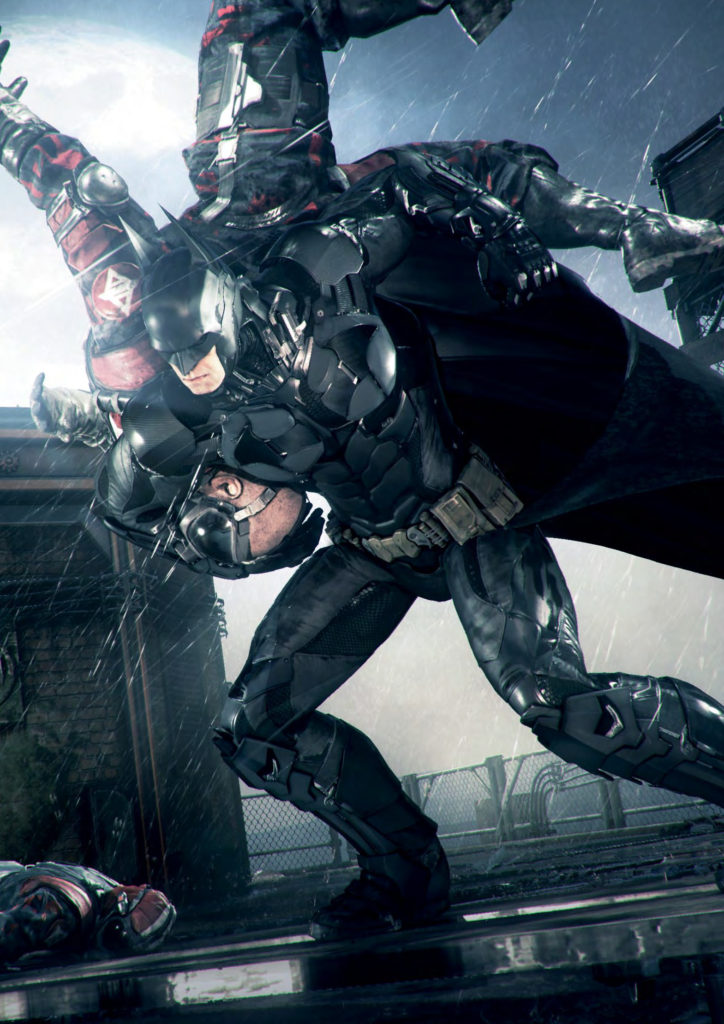 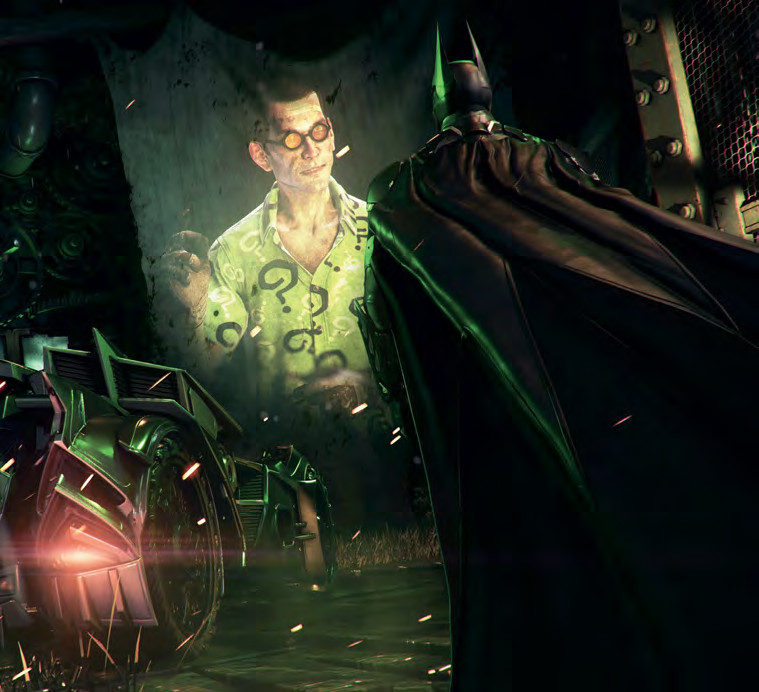 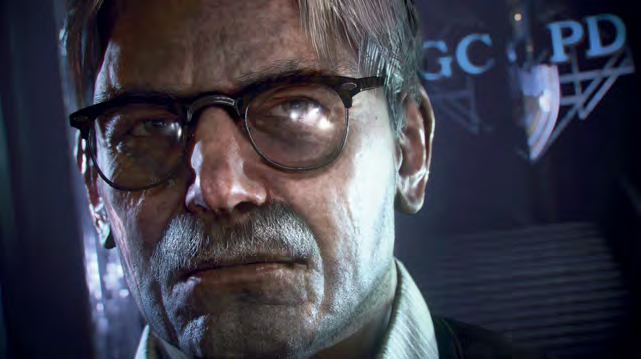 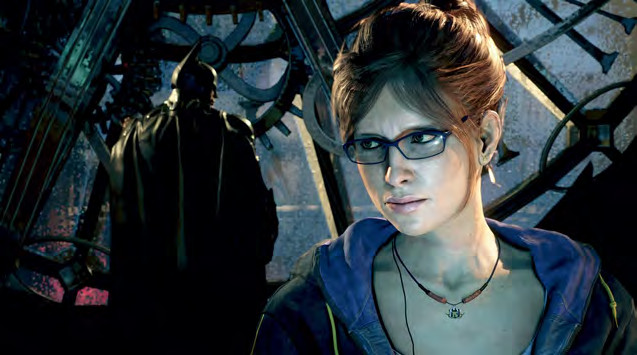 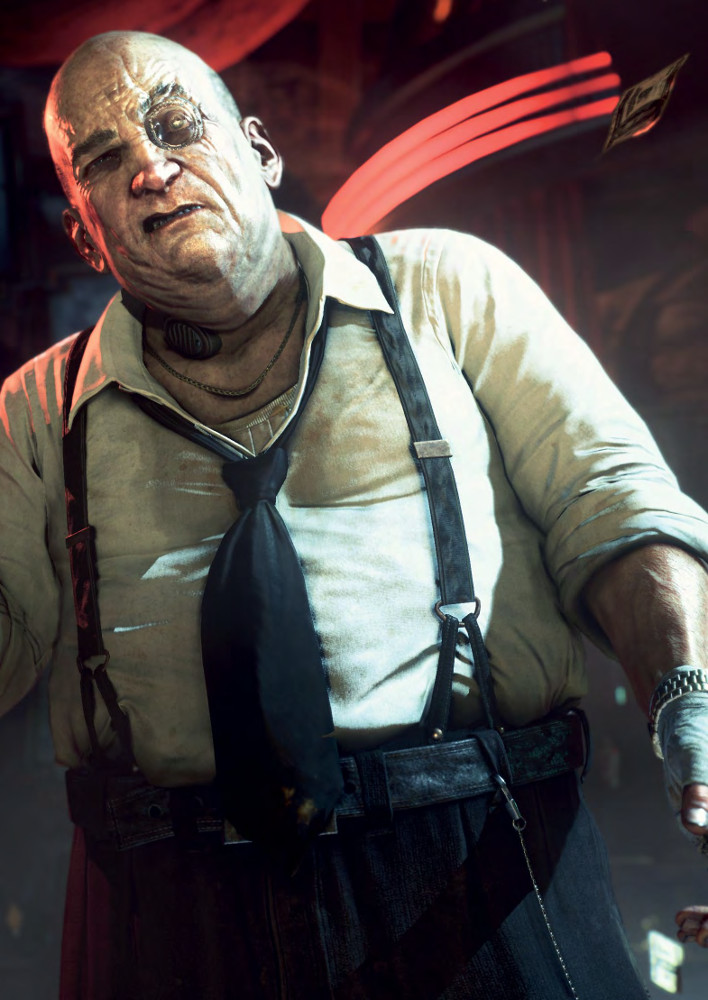 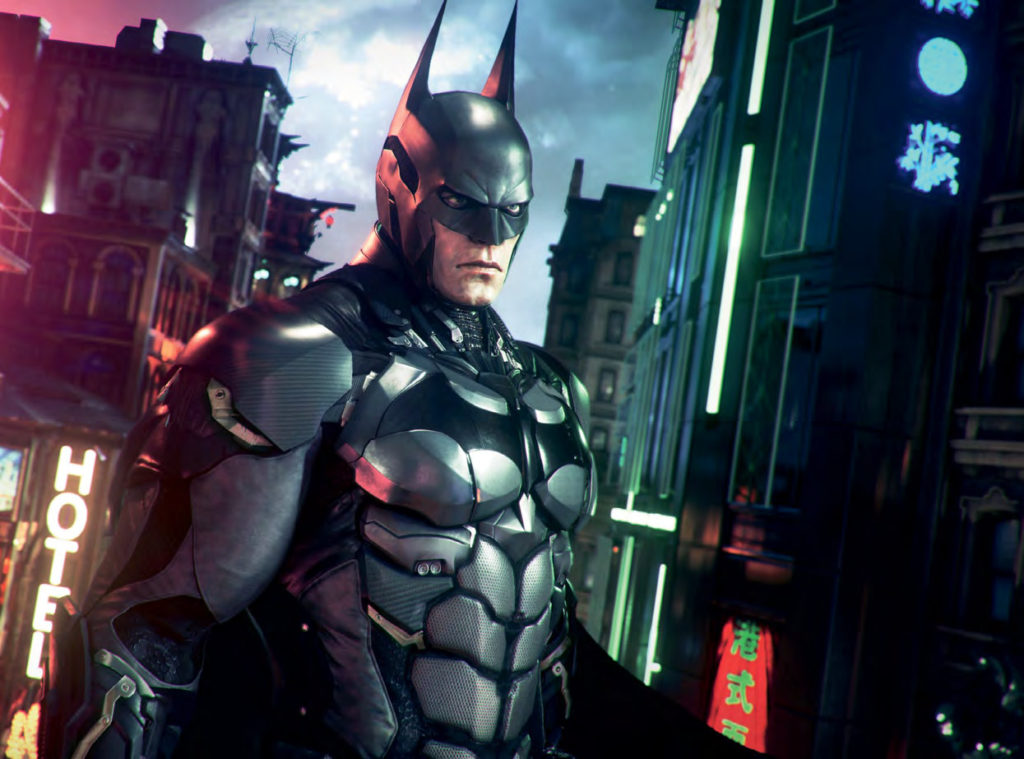 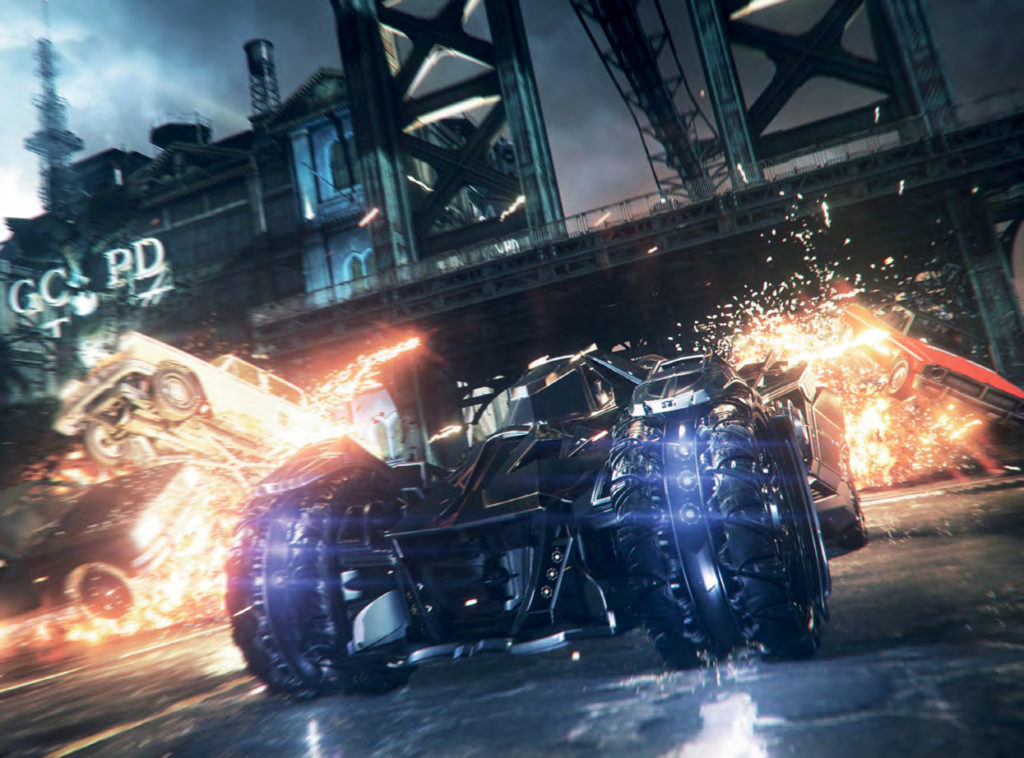 “Early in development, Rocksteady dropped a prototype of the Batmobile in the existing Arkham City map as an experiment. The results were disastrous. The team immediately learned that what works on foot doesn’t translate to a satisfying vehicular experience. Streets needed to be widened, so players could turn without bonking into too many walls. Building heights were increased as well to accommodate the Batmobile’s ejection seat and Batman’s improved mobility.” – Jeff Cork, Game Informer

“Arkham City was quite claustrophobic, so if you were really good at the grappling and gliding you could nick between the small buildings. But here we have a lot more negative space between the buildings, so it’s much easier and more enjoyable to glide around.” – Creative Director, Sefton Hill

Gotham being densely packed with buildings and so fourth always seemed to make sense to me, however, now that I think about the streets do seem abnormally small and off proportion.

Perhaps widening the streets will actually allow me to become better at gliding…or you know, make it seem like driving a car around is possible. Like every other Asian youth that will be playing this game, my first instinct once getting the Batmobile will absolutely be a test drive with lots of attempts at drifting. What else is there to do once a game gives you a car? My only concern would is if this means traversing really

You can continue reading more over at Game Informer. They currently have articles ranging from how the studio behind the game, Rocksteady is bringing the Batmobile to the games to read the background behind Arkham Knight.

“In the explosive finale to the Arkham series, Batman faces the ultimate threat against the city he is sworn to protect. The Scarecrow returns to unite an impressive roster of super villains, including Penguin, Two-Face and Harley Quinn, to destroy The Dark Knight forever. Batman: Arkham Knight introduces Rocksteady’s uniquely designed version of the Batmobile, which is drivable for the first time in the franchise. The addition of this legendary vehicle, combined with the acclaimed gameplay of the Batman Arkham series, offers gamers the ultimate and complete Batman experience as they tear through the streets and soar across the skyline of the entirety of Gotham City. Be The Batman. “

The Biggest News in Gaming: Epic...

Opinion: Epic Games is not a...