Batman: Pennyworth R.I.P. begins after Batman has taken back Gotham from Bane. 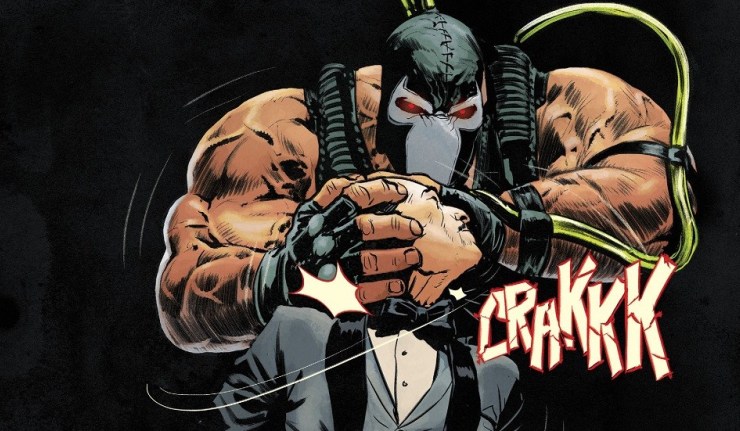 Alfred left instructions for his closest loved ones in the Batfamily to spend a night together beyond the walls of the manor and free from their costumes. This is DC Comics’ tribute to the life and death of Alfred J. Pennyworth, the man who raised Batman and kept that family of heroes together through the good times and bad.

The pacing in this standalone comic is perfect in capturing the heartfelt emotions of each character as they share their best memories with Alfred. The effort that went into each flashback, which is drawn by a different artist, really helps take the reader on a trip down memory lane. Fans are able to truly experience every character’s iconic look based off of their artist at the time. Rather than attempting to make a large spectacle event in the world of comics, Pennyworth R.I.P. does something more important – it acknowledges the gravitas of the tragic death of a beloved character and shows us people in mourning and how our heroes are often affected by more than just cuts and bruises. 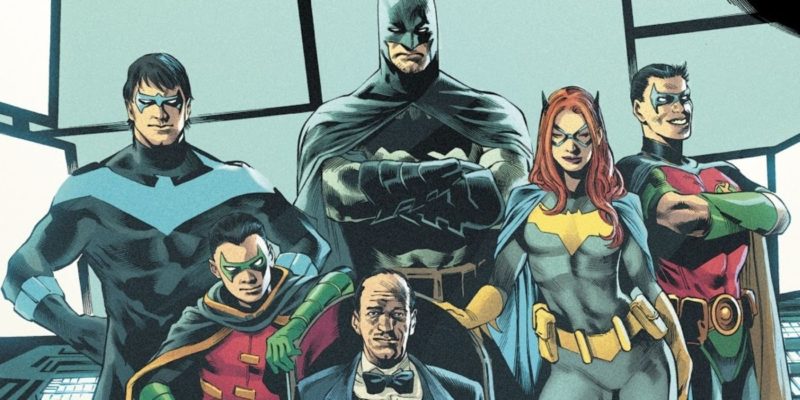 One last family photo. But they gotta do my boy Jason dirty like that.

Alfred Pennyworth served the Wayne family for decades including through tragedies such as the loss of Bruce Wayne’s parents. His death at the hands of Bane is the only event that could possibly compare to that fateful night in Crime Alley, and it leaves Bruce at a similar crossroads. If Alfred was the glue that held the Bat Family together, how will Batman deal with that all falling apart? And if the Caped Crusader is to be truly alone, he might either hang that cape up once and for all…or double down and carry on with this vengeful quest forever. Batman: Pennyworth R.I.P. #1 celebrates the life of one of the most important people in the history of Gotham City, while also addressing questions about what’s next.

“He wanted the people in this family he had spent his life holding together to come together on their own, a testament to their bonds.”

Following a public dedication service to the Alfred J. Pennyworth Children’s Hospital, the core Bat Family members convene in a bar and go around discussing the important role that Alfred played in their lives. 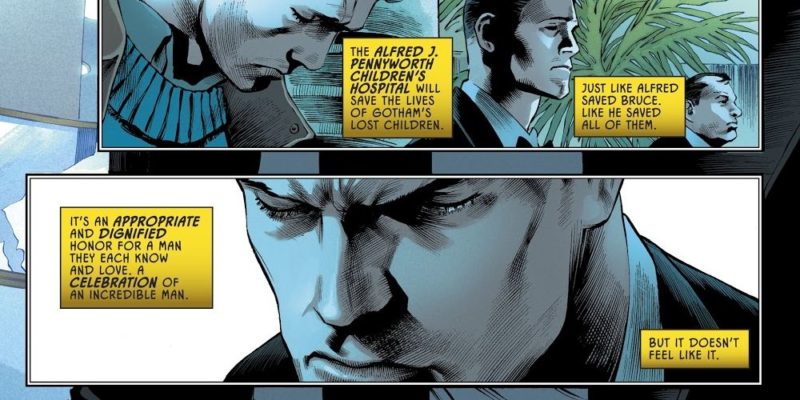 “The Alfred J. Pennyworth Children’s Hospital will save the lives of Gotham’s lost children. Just Alfred saved Bruce. Like he saved all of them.”

Damian goes first and recalls the comfort he provided in the early days of being Robin to Bruce’s Batman, as well as how the man was able to speak to the boy’s emotions and even turned a blind eye at times for his overall benefit and growth.

Tim spoke about Alfred’s ongoing use of his skills from his secret agents days and how in Tim’s early months as a sidekick, Alfred retrieved Tim’s tools from the Gotham City Police evidence room after he was forced to abandon his things following an encounter with the villain Firefly.

Once the story ends, Tim offers to be there for Bruce now that Alfred is gone, just as Tim had done when he became Robin after the death of Jason.

And yet, Bruce refuses to ask such a thing of Tim, which highlights the endless cycle of the Bat Family: tragedy, separation and Alfred bringing everyone back together. Now with Alfred gone, it’s going to be up to Bruce to be the adult. Unfortunately, Tim doesn’t think it’s possible. “I didn’t want to believe it, but deep down, I kind of knew. When we lost Alfred, we lost you too.”

Jason then shares a story of when Alfred visited him and brought groceries. While Jason made wisecracks about the Manor being a happier place without him as the bad son around, Alfred dissuaded him.

“There is plenty of anger and emotion between you and Bruce, but you left of your own volition.”

Jason then recalled Alfred chastising him for his dependence on firearms, warning that it would fail him someday. In response, Jason notes that those are the only things he can count on: guns. We are then shown a flash-forward to a separate incident where Alfred rescued Jason with the Batmobile and reminded him “that’s why you can always count on family.”

When it’s Barbara’s turn to speak, she starts by highlighting how Bruce is approaching things in the wrong way. As the Bat Family member who has lived in the city and not the privileged life in the Manor, she points out how the people of Gotham aren’t necessarily comforted by Bruce’s rebuilding efforts/gentrification. She even refers to the Batman Who Laughs and the Grim Knight who have turned the Bat Symbol into a symbol of fear for all people, not just the superstitious and cowardly lot of criminals.

Before she says her ode to Alfred, Barbara urges Bruce to return to being the best version of himself, who inspired her and her pseudo-brothers to become the best versions of themselves. She shares the story of how Alfred took her on a rock climbing trip just one year after her accident with the Joker that doctors believed would leave her unable to walk ever again. 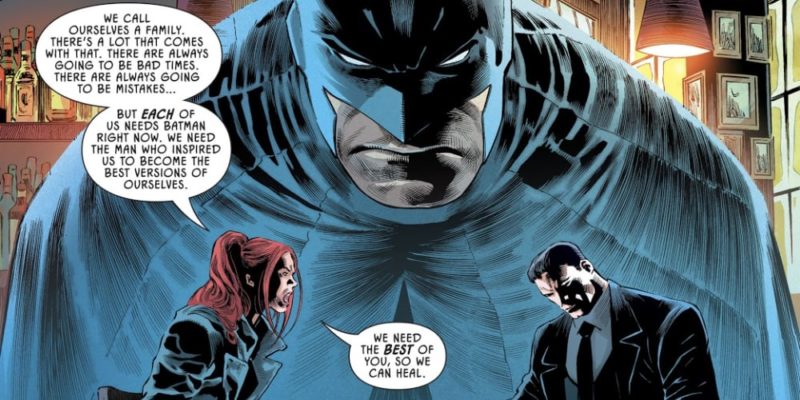 “We need the man who inspired us to become the best versions of ourselves.”

Even without his memories, Dick/Ric Grayson manages to be one of the most emotionally insightful people in the entire DC Universe: “Sounds like being a family used to help you overcome that trauma. That it made you all something more.”

It’s clear that he wasn’t the magic cure for your problems the others make him out to be. IF he had been, you wouldn’t dress up like a bat and punch people. It sounds like what he did, more than anything, was ground you. Remind you what’s really important. Who and what you’re fighting for.

Dorkaholics Detail: During Ric’s story, we learn that on the 10th anniversary of Wayne’s murder Bruce is dealing with the death of his son, Damian. Something tells me this should have been fact-checked with archives, even post-Flashpoint compressing the DC timeline.

The Legend of ‘Shang-Chi’ and Breaking Records