We met comic book colorist David Baron at Los Angeles Comic Con 2019. Dorkaholics was ecstatic to meet the man who worked with Jock on BATMAN: BLACK MIRROR and GREEN ARROW: YEAR ONE.

We were also fortunate enough to be among the final few who purchased a hardcover of THE BATMAN WHO LAUGHS and paid for a custom sketch.

This year, David Baron is celebrating 25 years of being a top professional in the comic book industry. In 2017, he released his creator-owned series STAINED, a sci-fi action-adventure thriller. STAINED was sold out a week before it was even released and immediately went into a second printing. 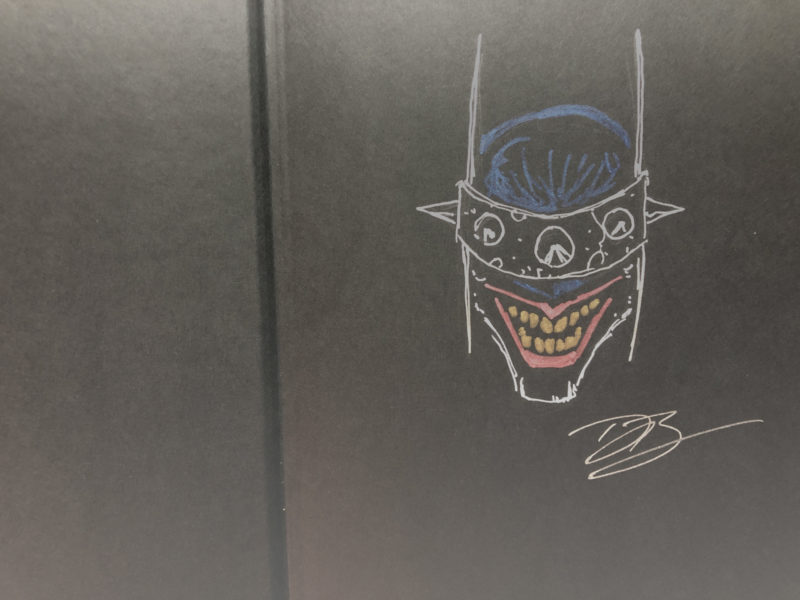 A better look at the sketch from David Baron.

His career began when he was 15 years old working for the coloring house InColor. Just a few years later, he moved to Jim Lee’s WildStorm Production, learning from some of the greatest color artists in the industry before leaving to pursue a freelance career. He has since been honored for his work as a Harvey Award Nominee and Comic Attack Award Winner.

Be sure to check out the rest of our coverage of Los Angeles Comic Con 2019!

Agents of SHIELD S1E20 “Nothing Personal”...