Nothing Can Ruin My Star Wars Childhood

I loved the original Star Wars trilogy. I wasn’t a fan or a nerd for the particulars of the universe. I didn’t even know those were options. I loved it in the more obvious way you love something that has been around for as long as you can remember. I loved it in the way I loved the brick townhouse my family rented in the Chicago suburbs, root beer floats made with mint chip ice cream (don’t knock it ‘till you’ve tried it), or the sound of trains passing through the station down the street. I don’t remember the first time I saw the Star Wars movies or what life was like before I had a fuzzy little teddy bear named Luke Skywalker. What I do remember is how C-3PO’s uptight mannerisms and R2-D2’s beeps and boops would send me into fits of giggles but I couldn’t yet speculate on the absolutely bananas physics of lightsabers (which for years I called “lightsavers”) or even understand the plots of the movies.

This was long before the prequels, decades before Kelly Marie Tran would leave Instagram after experiencing racist online harassment over her role in The Last Jedi. It wasn’t necessarily a better time, but it was a time when things were still just what they were. I wasn’t sitting around as a kid thinking about the lack of Asian people in A New Hope. I had started to notice racism in real life, but I didn’t yet have enough pop culture context to feel shut out of the Star Wars fandom. It never would have occurred to me that an Asian female character wouldn’t be welcome in the story’s universe, and many years later, I feel much the same way.

I don’t mean, of course, that I’m oblivious to or dismissive of what happened to Tran—as an Asian woman, that upsets me. I also find it disappointing that her character Rose Tico wasn’t featured more prominently in The Rise of Skywalker. But I don’t feel that the shitty way the Star Wars franchise and fans have treated Tran has the power to ruin my own childhood retrospectively. 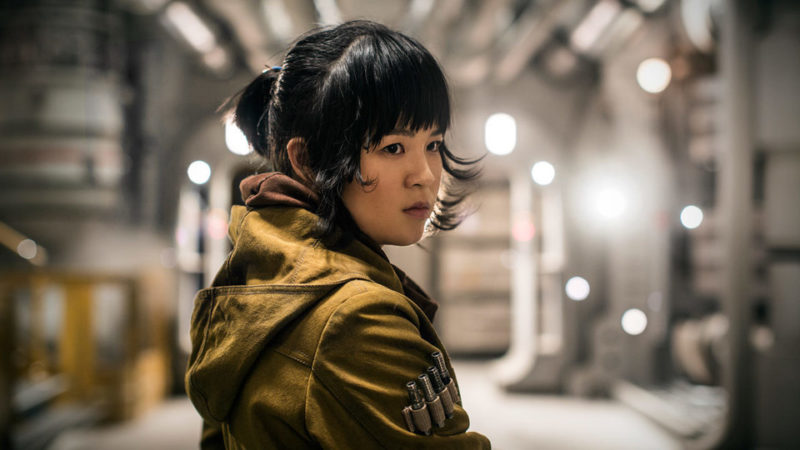 As a child, I could imagine myself in any story that intrigued me. I can still do this, and there’s nothing sad about it. Discussions on representation often focus on the importance of non-white children “seeing themselves,” and this is an angle worth much consideration. But the reason for this is that non-white kids will eventually become aware, as I did, that the world they live in actively works to excise the existence of their physical selves from media. When kids don’t see people on TV who look like them, this isn’t sad because they can’t see themselves in people who don’t look like them. It’s sad because the relative absence of those who look like them is no accident, and they learn this. White kids, on the other hand, are led to see their whiteness as a natural extension of their interests, their selves, and the things that they love.

When someone like Tran is forced to deal with the backlash of a racist fandom, we see the direct consequences of living in a society that teaches people to mix their nostalgia—the idea of a simpler time—with racism and misogyny.

For me, too, Star Wars represents a simpler time. I have my own nostalgia.

It just isn’t that fragile.

25 Facts You Won’t Know About Batman