The news is out: Tom Taylor, the New York Times bestselling comic book writer behind the zombie series DCeased, is returning to the video game world of Injustice to tell a prequel story called Injustice: Year Zero.

Scroll down to see an 8-page preview of the series!

Since July 26, Taylor has been teasing Year Zero through a series of social media posts featuring different letters (I N Z J S A) and never before seen comic book art, until the news was finally revealed earlier this week.

“That an ideology should never trump the freedom and rights and lives of all people." @rogeantonio @rainmb @dccomics #DCComics #Comics #Batman #Superman

Injustice: Year Zero is a digital-first series that will be released twice a month and will run for 14 chapters. The first three chapters are out now exclusively on comiXology and ReadDC, and can be purchased for $0.99/chapter or bundled together for $2.49.

“My favorite comics are an escape from the real world, and the real world has more than enough power-hungry men stomping their will on the people. I wanted to write something where my heroes were truly heroic,” Taylor said. “The only way to do so in the Injustice universe was to check-in before Superman’s fall and before Batman and Superman’s friendship was broken.”

The story for this prequel really emerged from two questions that have been on Taylor’s mind for quite a while.

“There were two Injustice questions that have been hanging over me for years, “ Taylor said. “Why did Joker target Superman? And where did the Justice Society go? We actually sowed the seeds of this in the Injustice 2 comics, where both Doctor Midnight and Wildcat hinted at a traumatic past in our universe.”

“I think it could have been different if they were still here to be our heroes.” #InjusticeYearZero starts now! Our 1st three chapters are now available on @comixology. @rogeantonio @ciantormey @rainmb @jesschillin_likeavillain. #DCComics #Injustice #Batman #Superman #WonderWoman #JSA #JusticeLeague

While Year Zero will be set in the same universe as the Injustice games and comics, it takes place in a time before either. This allows for the story to take us to a less dark and more wholesome time where heroism shines brightly without the moral shades of gray Injustice explores with a tyrannical Superman and resistance force Batman.

“This is Superman and Batman at the peak of their friendship. Lois and Clark as a team. The Justice League united, and the Justice Society as a shining example for all,” Taylor said. “Of course, by its very nature, there’s going to be tragedy and shocks and deaths, but there will be hope, there will be triumph, there will be love with the loss and heart alongside the hurt.”

Synopsis: ‘Fall of the Old Gods’ focuses the action around the Justice League and the discovery of how their predecessors covertly fought within WWII to bring down a tyrant. When the Joker finds a way to control DC’s Super Heroes, he uses his leverage to sabotage the Justice League – and the JSA – from the inside! 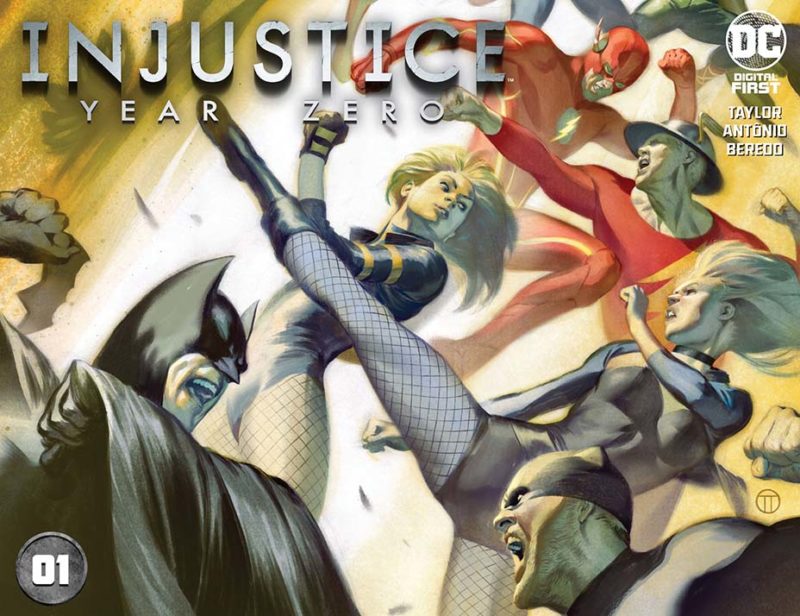 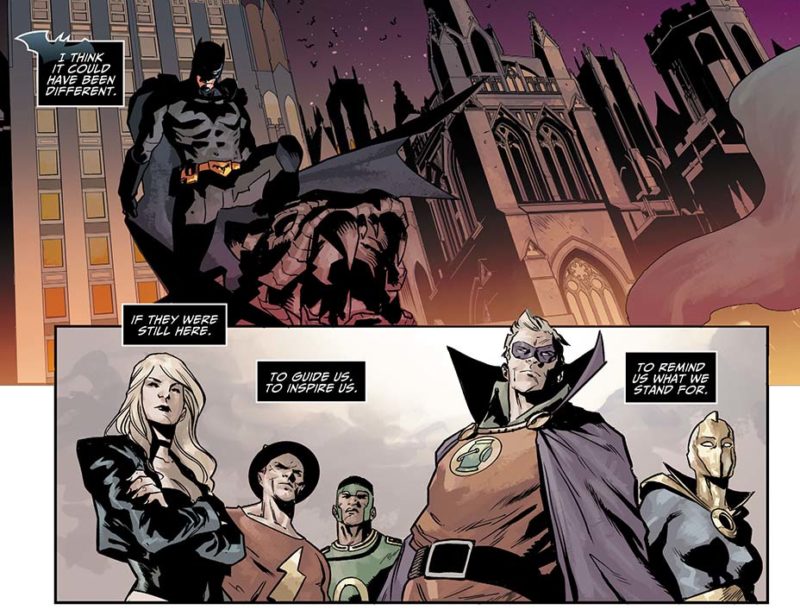 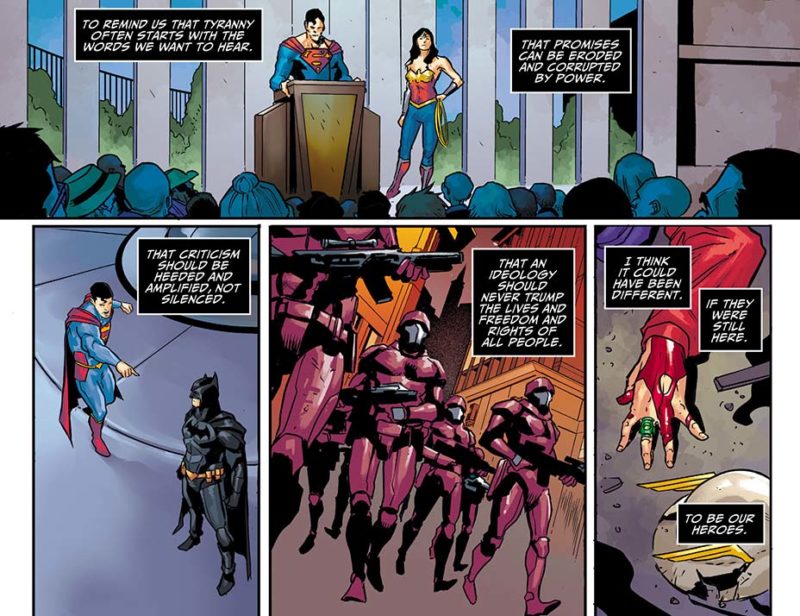 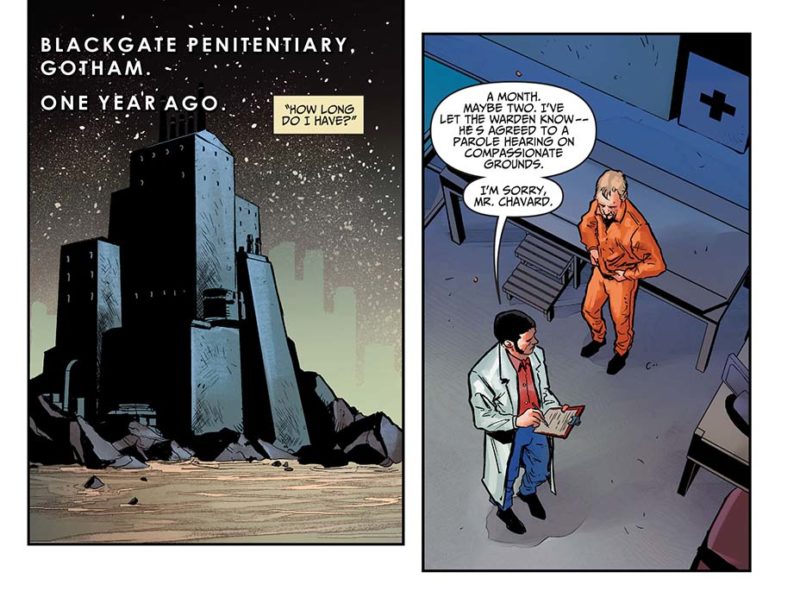 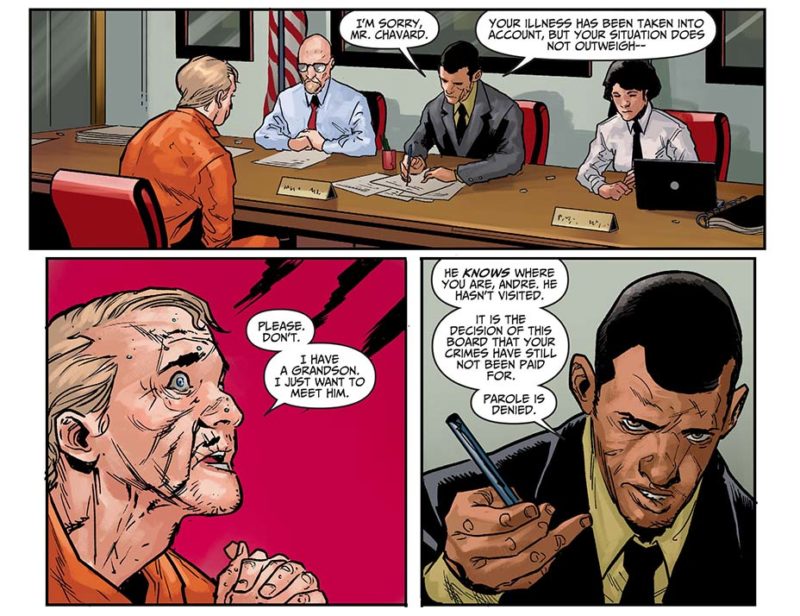 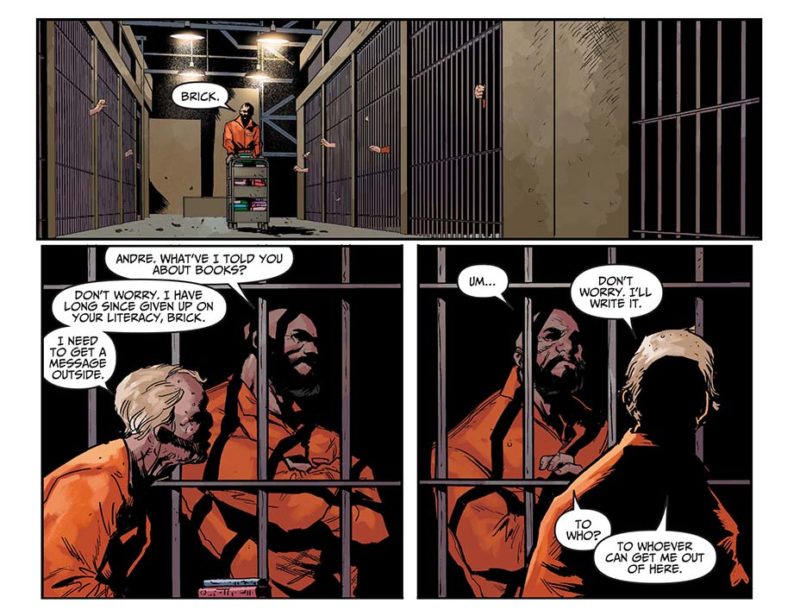 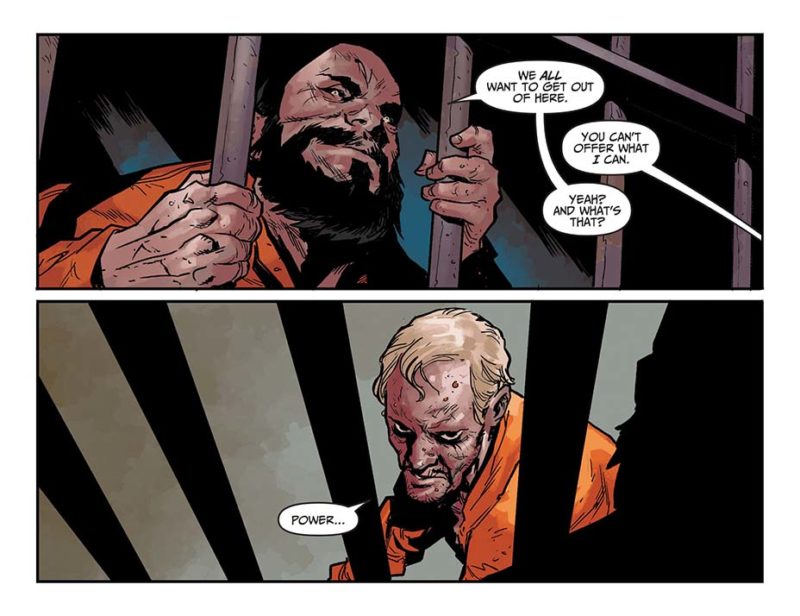 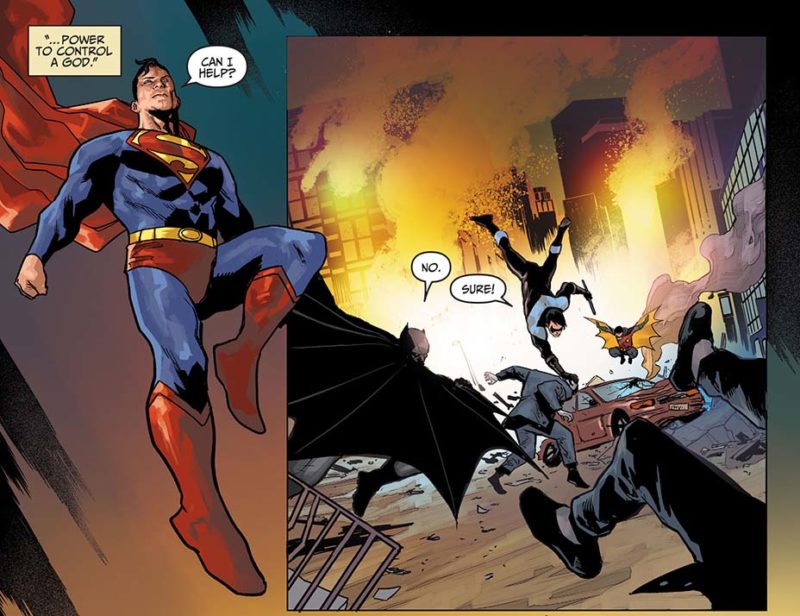 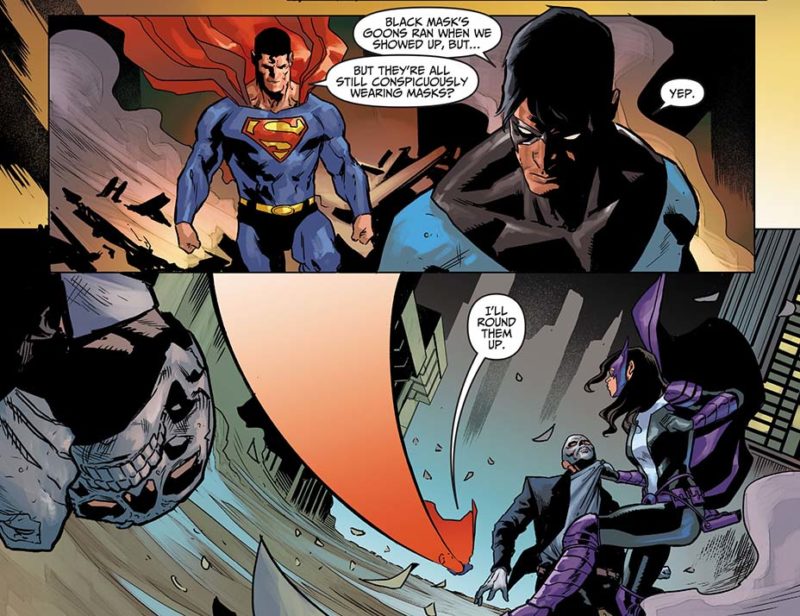 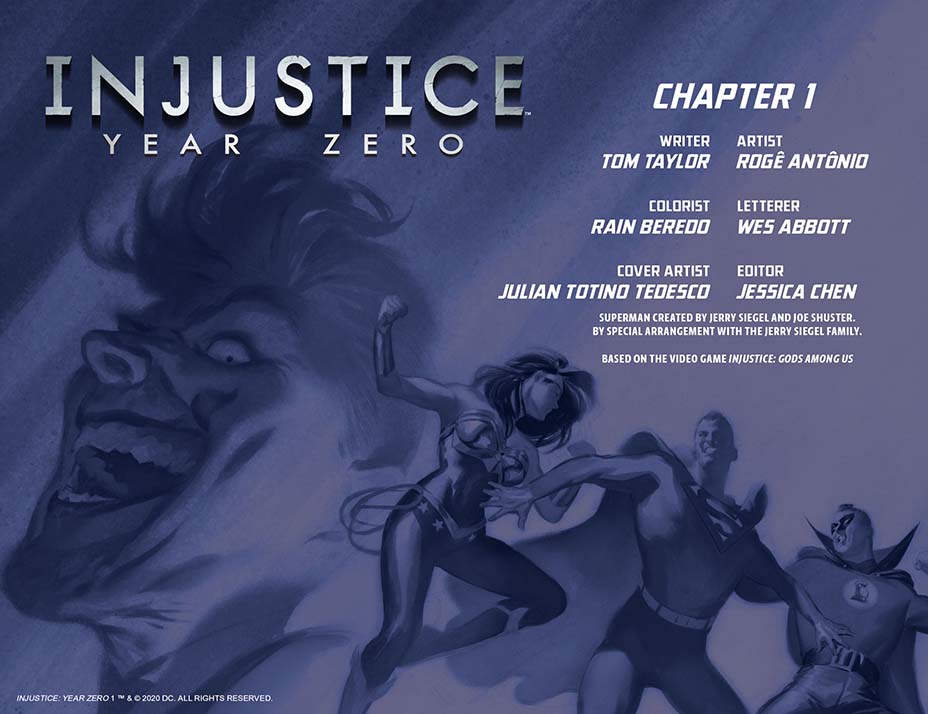