Marvel Comics’ relaunch of the Fallen Angels series begins this month with the debut issue released on November 13. The titular Angels will be led by Psylocke, who many fans may also know as Kwannon and Betsy Braddock.

To keep this lesson on comic book history brief, Betsy Braddock is the civilian name for Psylocke and had a mind/body swap with a Japanese woman named Kwannon, resulting in the under-clothed katana-wielding character most recognize as Psylocke. How’s that for racebending?

It should be noted that while her creator Chris Claremont intended for this body switch to only be temporary, his departure from Marvel resulted in the change spanning a longer duration and becoming an essential element of the character.

The film adaptations of Psylocke have been able to avoid any mainstream discussions around the character’s racial identity by casting actresses of Asian descent such as Mei Melançon and Olivia Munn.

FOR FURTHER READING: Is the World Ready for a Hapa Psylocke?

While comic book readers have gotten to know the white woman in a Japanese body, Marvel has created an opportunity to know the original character of Kwannon in this series relaunch.

Fallen Angels is a classic title in the Marvel library from the ’80s as an 8-issue limited series, and this new release “only really shares a basic premise” explains Jesse Schedeen for IGN.

“This, too, is a story about mutant outsiders struggling to find their place,” Schedeen said. 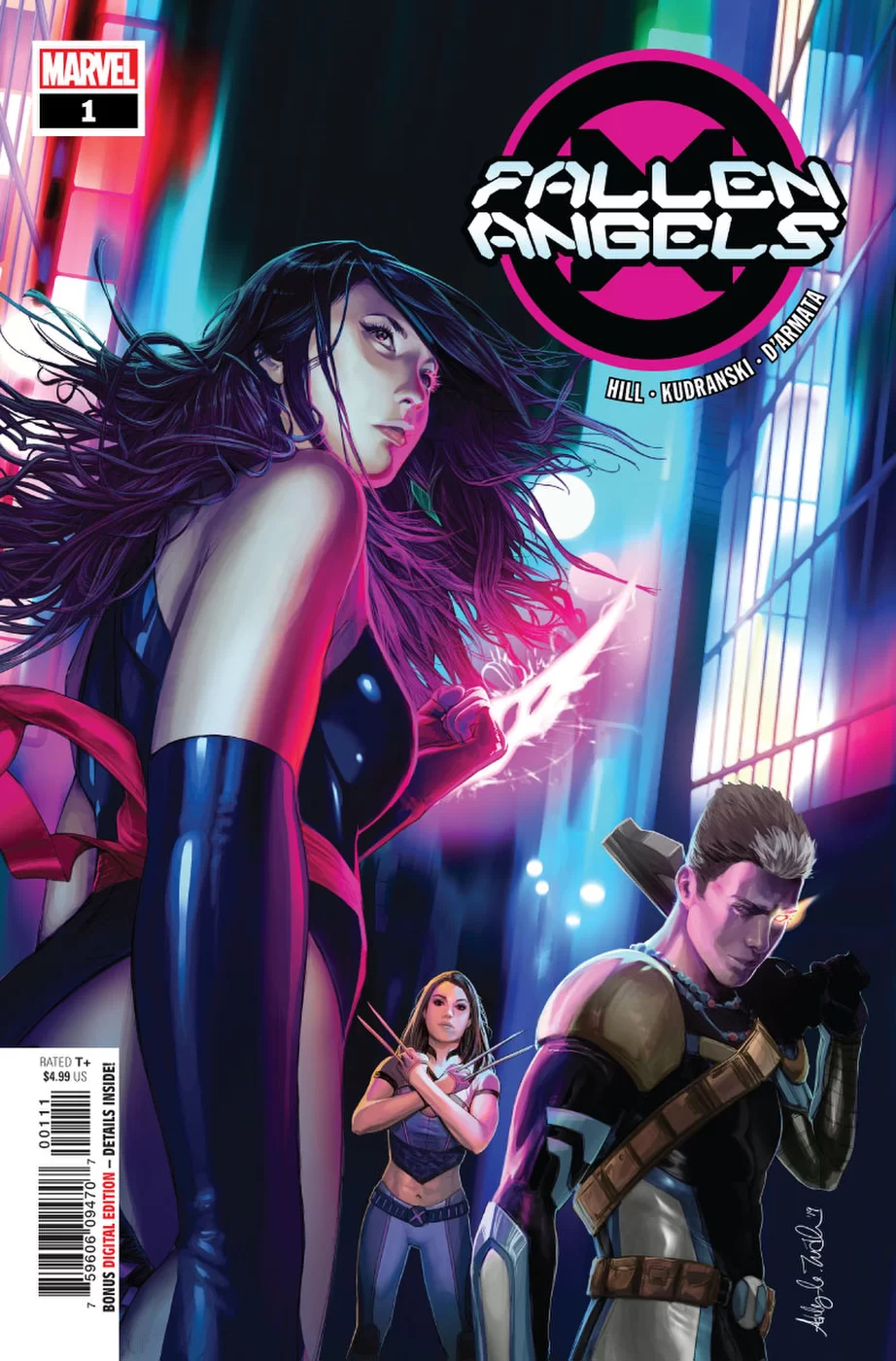 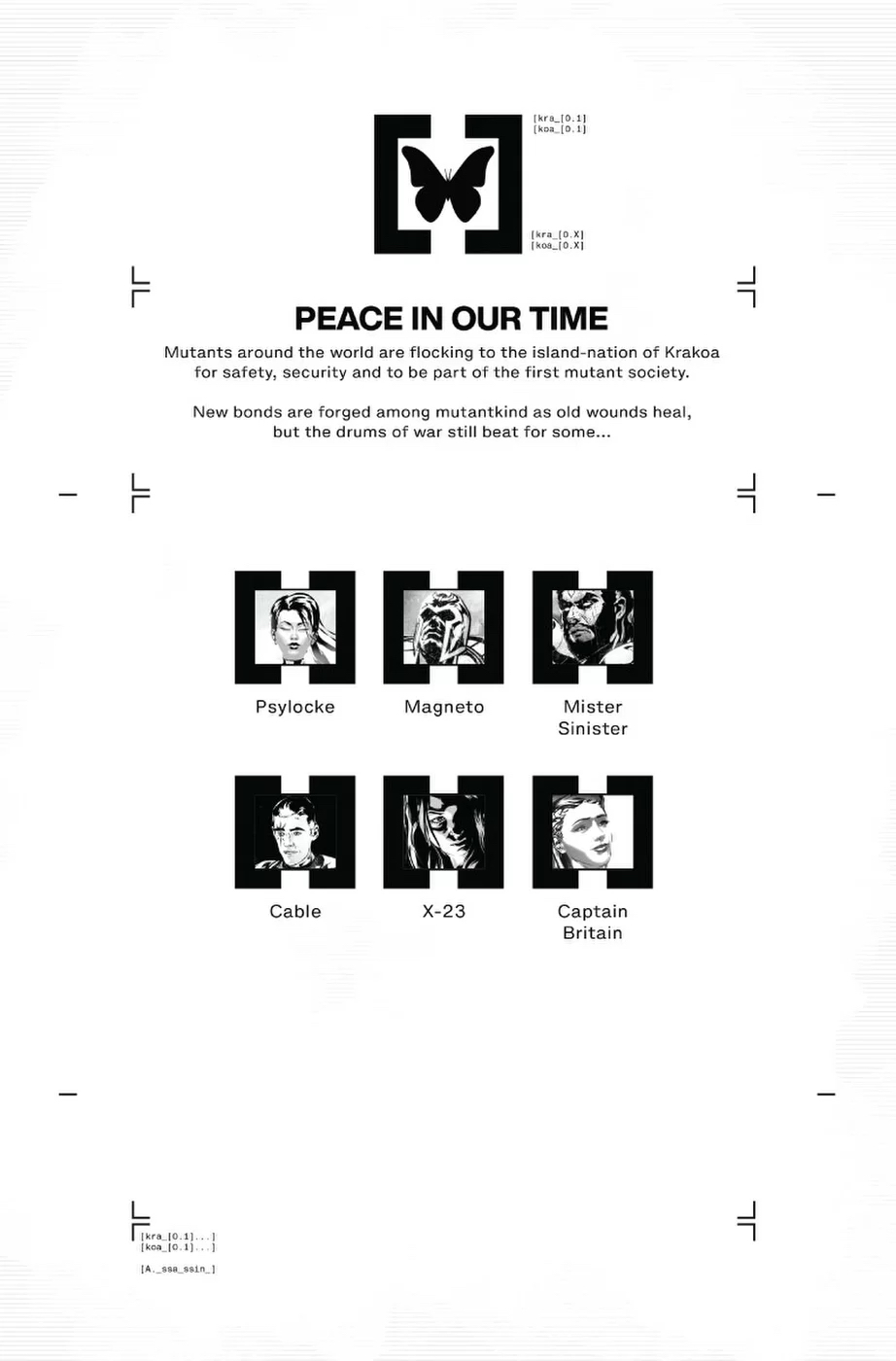 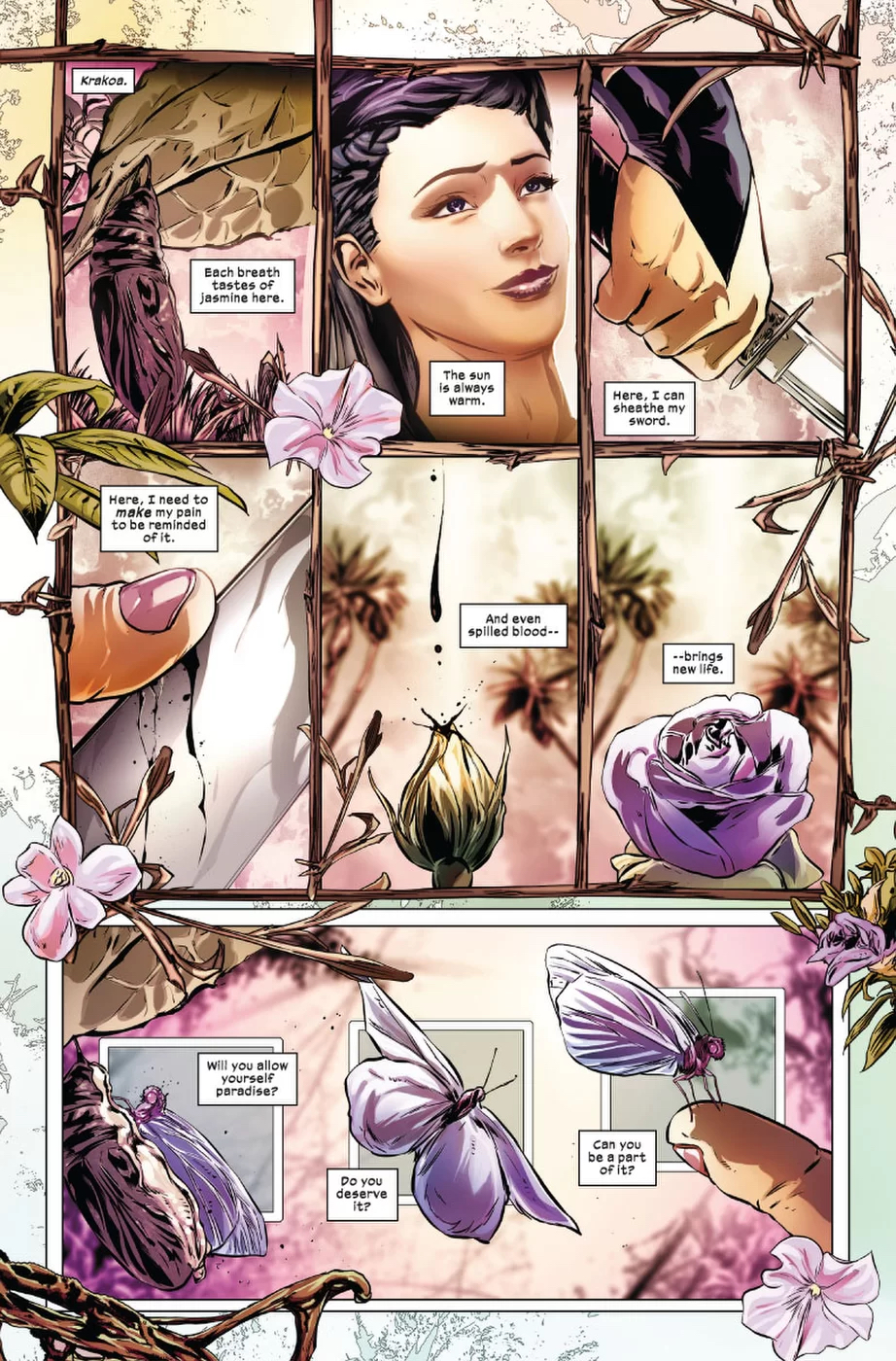 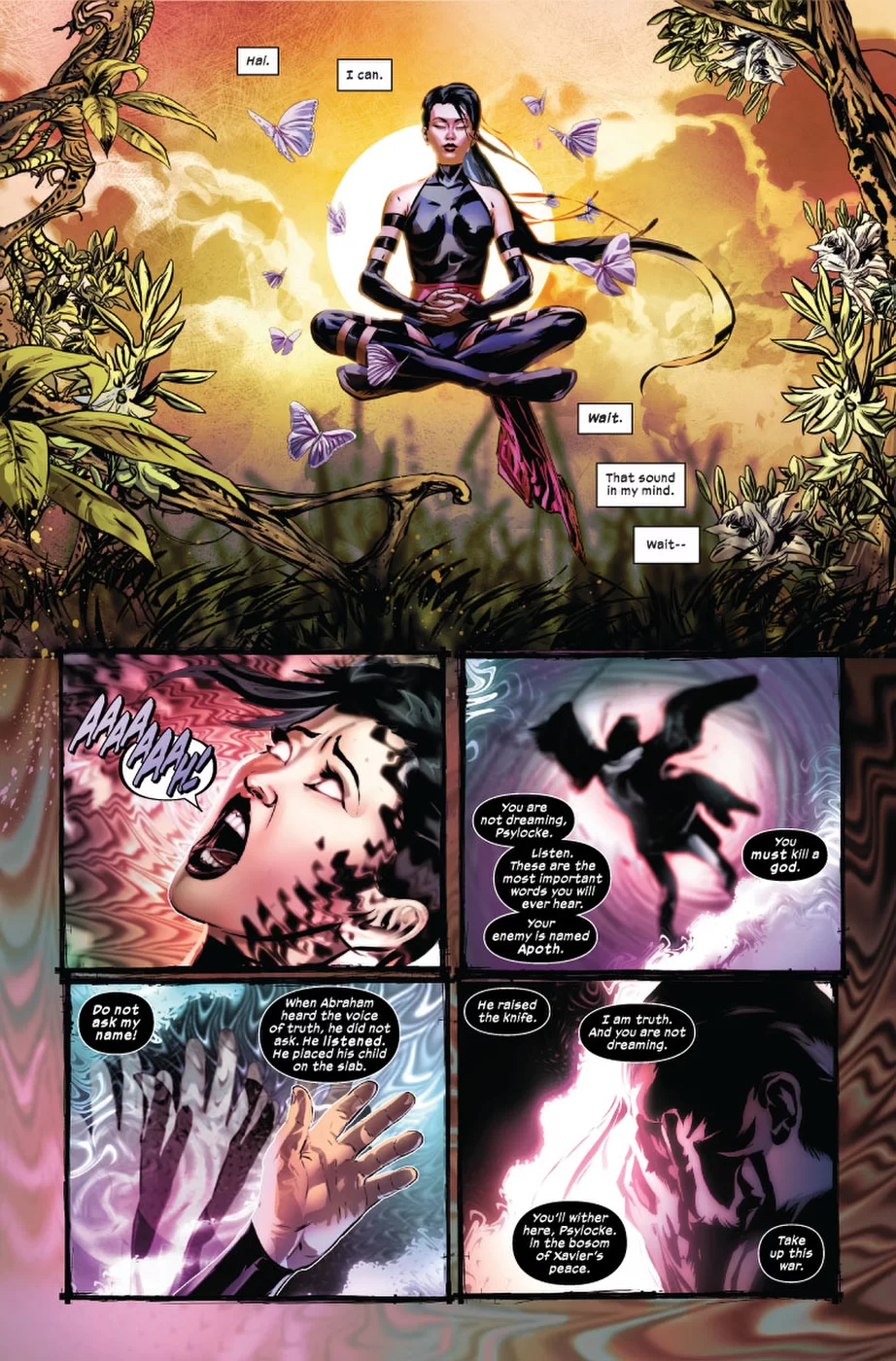 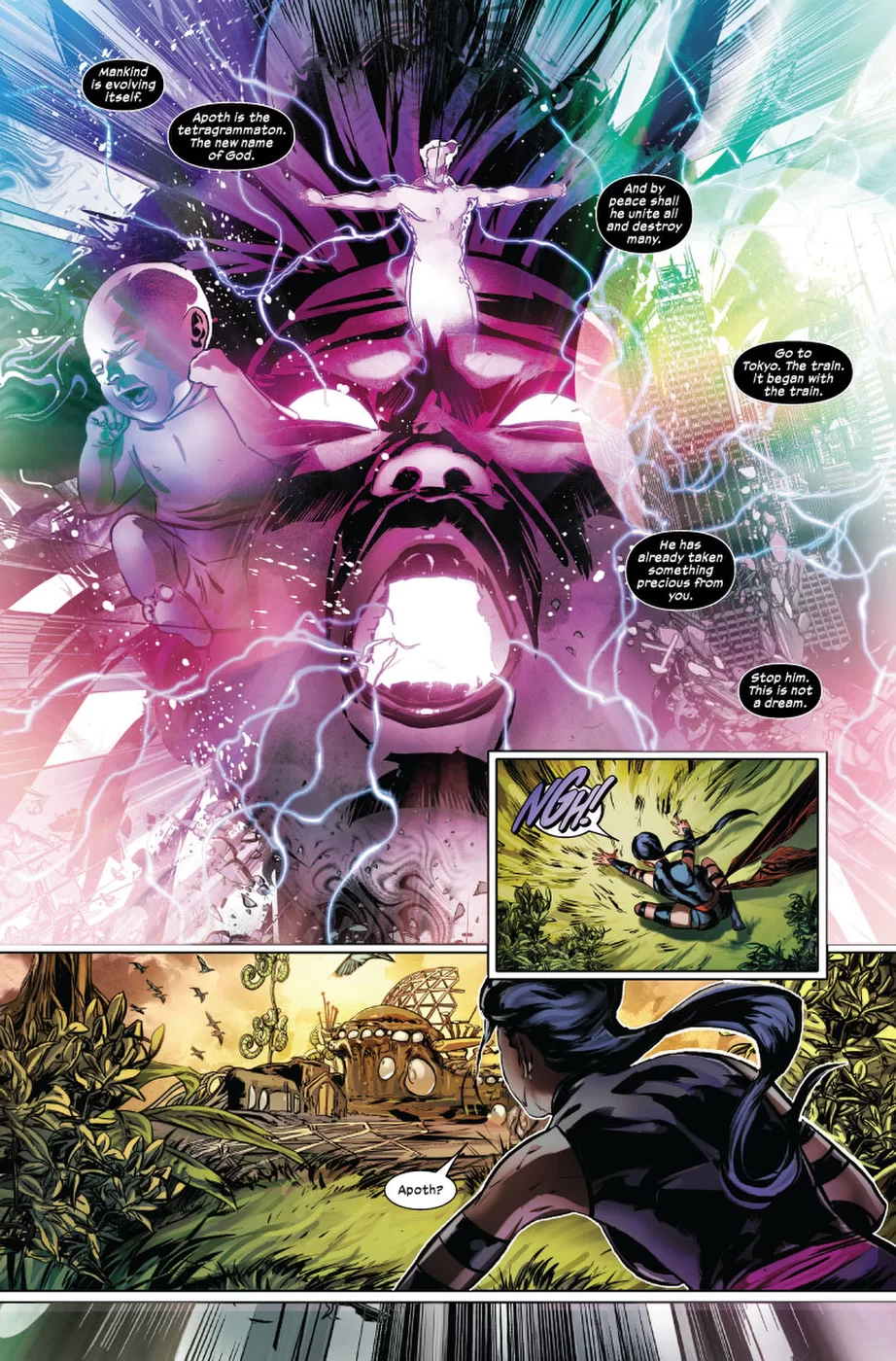 The first issue is already being received well with a 7/10 rating from Newsarama and 7.3 on IGN.

“The potential is there for something special,” David Pepose writes. “In many ways, the dark and gritty tone of Fallen Angels almost feels like an X-Force series than the actual X-Force book does – whereas the other X-Men books have traded in hard sci-fi and geopolitics, Hill’s story is largely removed from the greater mutant drama, instead dealing with a murderous underworld of drugs and questions of whether or not there is a place for killers in this new Krakoan paradise.”

The appeal of this series will be in its portrayal of familiar mutant characters in a new light.

“Fallen Angels is going to be a really terrific book because it’s going to show a different side of some classic X-Men characters,” editor Jordan D. White says.

Every Mutant Ever Variant Cover By Mark Bagley (6 Of 6)

THE DAWN DOES NOT BREAK FOR ALL! Psylocke finds herself in this new world of Mutantkind unsure of her place in it… but when a face from her past returns only to be killed, she seeks help from others who feel similar to get vengeance. Cable and X-23 join Kwannon for a personal mission that could jeopardize all Mutantkind!