‘Miles Morales: The End’ is a Fitting End for Kid Arachnid

In the stand-alone issue of Miles Morales: The End, writer Saladin Ahmed and artist Damion Scott take us to a not-so-distant future of the Marvel universe. During this time period, Miles Morales has become the Mayor of a city we know as Brooklyn.

By the end of Miles Morales: The End, I was satisfied with how the story was able to bring readers back into the true essence of the character. Miles Morales was a Spider-Man who found himself web-slung into the role following the unfortunate death of Peter Parker. However, whether it was in the Ultimates line of Marvel Comics where he debuted, in the animated film Spider-Man: Into the Spider-Verse where mainstream audiences got to first know him, or even in the pages of The End, Miles is the type of person who doesn’t back down from the responsibilities entrusted to him. He stands tall and does what is necessary because that’s who he is at his core.

In the future, Miles is the Mayor of Brooklyn, where he not only leads the people around him but he protects as we would expect from someone who we know as Spider-Man.

I know what you must be wondering, protect Brooklyn from what?

After the planet Earth has been devastated by monsters known as The Germs, a few places like Brooklyn have been able to survive through a protective shield that keeps the pathogens out, as well as those with malicious intent. But The Germs aren’t the only menacing force in this alternate future story, bigotry and racism survive and make their appearance as Captain Last and his One America Army, one part white-supremacist-nationalist group, one part misaligned notions about what the real Cap believes in.

One-part pathogen warfare, another-part racism in the future; the future Miles Morales has his work cut out for him, but writer Saladin Ahmed does a great job of using these external factors to help showcase his strengths as a character.

If I had to describe the art of Miles Morales: The End in one word, I would choose – electric. The colors and lines of each page, from characters to backgrounds, bring life to this story with the vibrancy of it all creating a buzz that matches the energy of the plot.

The end is rarely ever the end of comic book characters. That being said, the value in a story like Miles Morales: The End can be found in the creative team’s ability to imagine one possible ending for a character and how well that story is told in order to honor that character’s legacy and pre-existing publication history. And that is something Saladin Ahmed and Damion Scott do well here for the Mayor of Brooklyn. 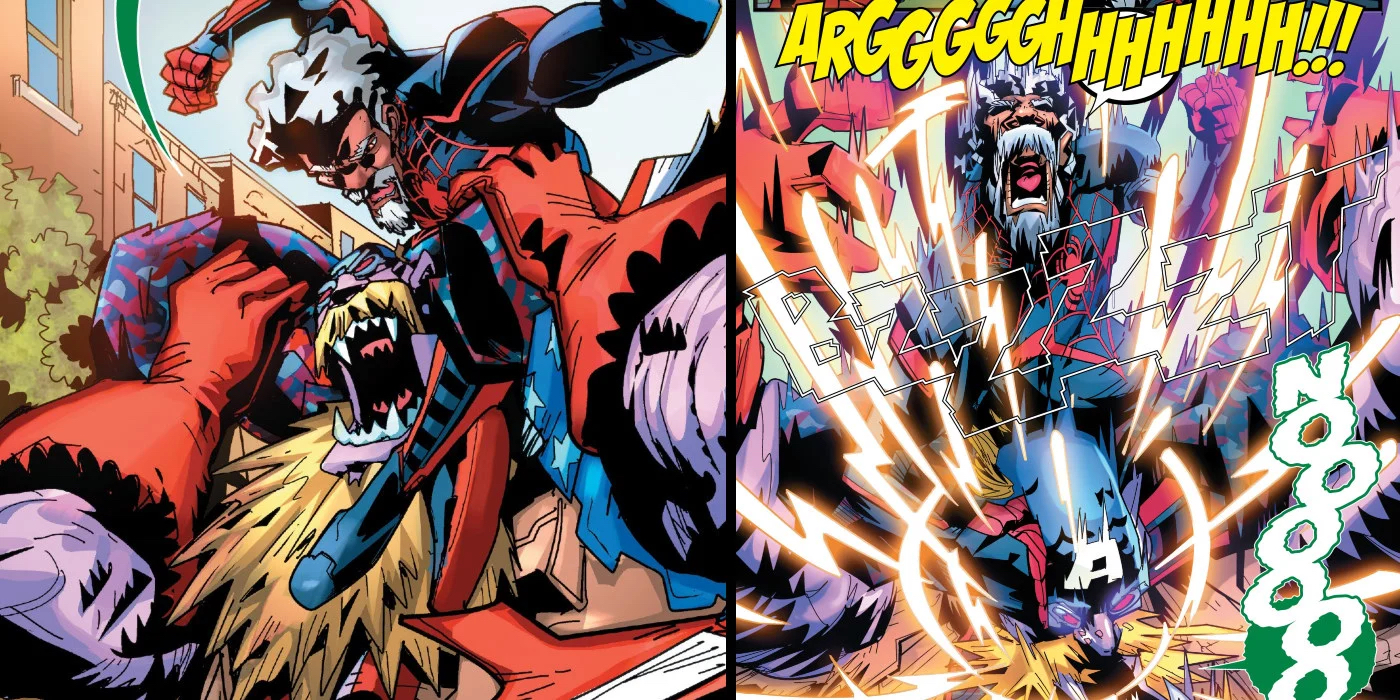 A hero to the very end. Photo: Marvel Comics