In Ms. Purple, director-writer-producer Justin Chon challenges himself to tell a crazy not-so-rich Asian American story. Unlike his previous film Gook, this story would be from the point of view of a woman who has sacrificed so much to take care of her dying father.

The drama first screened at the 2019 Sundance Film Festival and stars Tiffany Chu and Teddy Lee as siblings Kasie and Carey, reconnecting after dire circumstances push Kasie to reach out to her brother who ran away from home at 15.

Ms. Purple explores the topic of filial piety, which is utmost loyalty to one’s parents, and how to balance that in our modern age where some conveniences are available while other decisions do not have to be made. At the beginning of the film, Kasie refuses to take her father’s former live-in nurse’s advice to place her father in a hospice. Once Carey returns to play the role of a caretaker, he asks his sister why she quit music school when he knows she loves playing piano and is talented at it. When Carey brings up the suggestion of placing their father in a hospice, Kasie refuses, shouting “I’m not going to leave him like you did.” 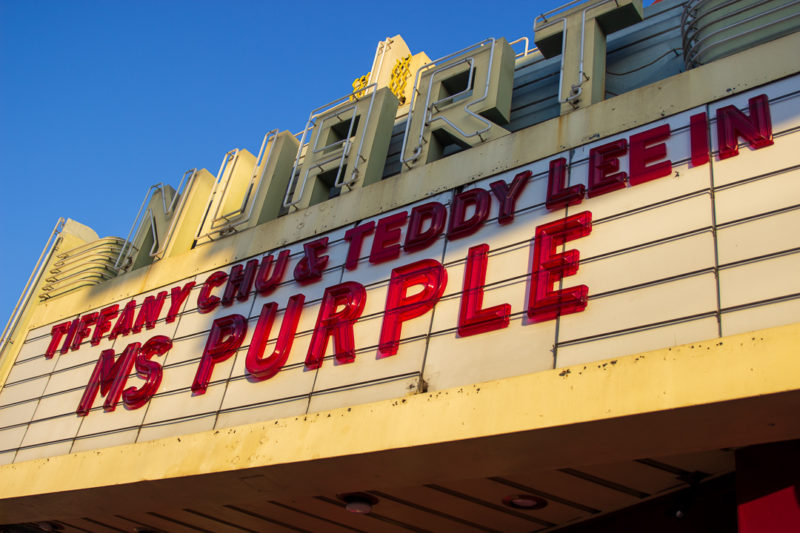 The siblings’ father, played by James Kang, shares a metaphor about palm trees with his daughter. He notes that their immigrant family is just like palm trees that have been brought over to California. Early in Kasie and Carey’s childhood, their mother abandoned the family after feeling immensely unsatisfied with the conditions they lived in. It could be inferred that after this critical moment, the father fell into alcoholism. During the siblings’ adolescence, the father and the son have a major dispute that ends with Carey running away. Abandonment is another recurring theme of this poignant story, and possibly alcoholism as Kasie drowns herself in booze each night to deal with her issues and job as a karaoke hostess.

The film reminds us of the immense sacrifices our parents make in order to provide us with better lives and it is right for us to take care of them when they get old. But as we watch the toll it takes on Kasie and Carey, we have to ask ourselves, does taking care of someone else’s life require us to neglect our own?

Chon’s inspiration for the film comes from his own personal life, specifically the relationship he shares with his younger sister.

On a Reddit AMA, Justin Chon stated, “My sister and I never really got along growing up but as adults, we have become closer. I wanted to explore that in a film. Also, I wanted to set it in Koreatown, Los Angeles, which is rapidly changing.”

This heart-wrenching story is written by Justin Chon with Chris Dinh. Another person who deserves to be highlighted is the film’s cinematographer, Ante Cheng, whose visuals bring us right into the lives of Kasie and Carey, with appropriate colored tints to make us feel each raw emotion. I look forward to Justin Chon’s next film Blue Bayou, which will focus on a mother-son relationship as the Korean adoptee son from New Orleans is deported. But for now, moviegoers of all backgrounds should go see Ms. Purple as soon as it is available in a nearby theater. See planned releases’ locations and dates below.

Attack on Titan: Humanity’s Fight for...

Review: Beauty and the Beast