Netflix Pick of the Week: Train to Busan 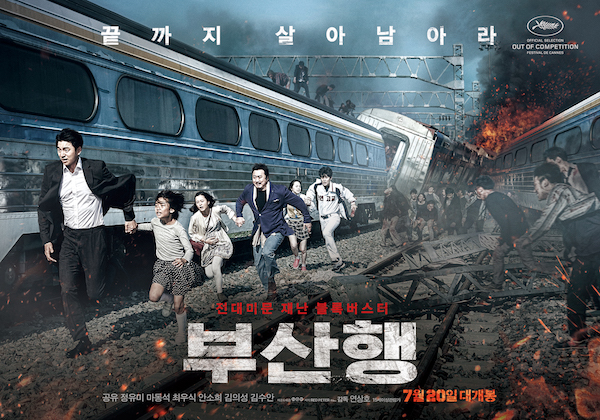 Train to Busan is a 2016 South Korean zombie apocalypse action thriller film directed by Yeon Sang-ho and starring Gong Yoo, Jung Yu-mi, and Ma Dong-seok. The film takes place in a train to Busan, as a zombie apocalypse suddenly breaks in the country and compromises the safety of the passengers.

Netflix can be annoying at times. So this past week the trailer for Thor Ragnarok trailer dropped to a very wide acclaim. Because of this, I was going to post a Pick of the Week on the Planet Hulk movie that had been on Netflix for ages so as to help people understand why Hulk is a gladiator in the upcoming movie. Netflix, however, decided that this would be the time in which to take it off the program. On top of that, Netflix also took off the 2009 feature Hulk vs. which featured the Hulk fighting Thor in the realms of Asgard. So in one fell swoop, Netflix made it that much harder to help educate my fellow Dorks. ARRRRRRRRRRGH.

“I’ll take you to mom no matter what”

So, as to combat my disappointment, this week’s pick is a very good zombie movie that I’m sure that will make up for lack of relevant Hulk films.

I’m quite aware that the Zombie craze of the late-aughts early-tens is quickly coming to its end. Still, just because the wave is almost over doesn’t mean that there still isn’t a gem or two of the genre still lying waiting to be watched. This movie, to describe it briefly, is if the Zombie apocalypse took place on Snowpiercer, with all of the anxiety and claustrophobia inherent to zombie flicks. Nevertheless, at the heart of the movie, this movie is about a man trying to connect with his daughter who wants nothing to do with him.

Even though my plans have been thoroughly crushed, I’ll be damned if I don’t have a contingency for you, dear reader. You’ll be sure to enjoy this movie, even if it doesn’t have any patented Hulk smashing.