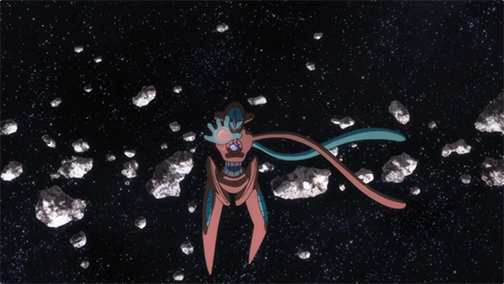 I hope and pray that our governments are hiding secret information, at least that means we have a chance when Aliens do come at us. Sure, maybe it would be better to allow the rest of us to have such information so that we can work together to perfect such information into tools for humanity, but perhaps the government already has the best minds on recruit. Have faith that their lack of faith in humanity will be for the benefit of humanity. Similarly, while geniuses are doing the dirty work like figuring out how to best lower selfish desires that lead to the destruction of our environments, such as American oil using primitive fracking for financial gain, we can lay on our couches and watch some good old POKEMANS. (sic)

But in the Pokémon universe, it’s a little different… the companies and corporations are the ones with the great technology. Though it wouldn’t be surprising for them to have aid from the Elite Four government, it would be in their interest to keep information from the public. That way they can use that information to expand before other organizations can compete with them. Not everyone wants to be Elon Musk and have a productive race. Though it does not seem to make sense why hiding the fact that there was an alien Pokémon within the then-catastrophic meteor would be to the benefit of the public. The populous already knows that the Clefairy came from the moon. THEY’RE ALIENS. Perhaps the companies fear the potential panic that could ensue. People may easily jump to unfounded conclusions in regards to what they do not understand, just as I am doing now: “If that Alien was in that Meteorite and it was about to destroy our island, could it have been sent in as offense such as part of the beginnings of an invasion?” Yes, instead of being excited and comforted by the fact that we can have potential company in this vast universe, there can be a fear of not knowing what that alien presence can do and of whether they can threaten our own existence.

Of course, there should not be too much fear of the potential Alien threat if the trainer that controls both the anything-goes Rayquaza and the mysterious Deoxys decides to be a hero. If there is an Alien threat, Mr. Rayquaza will just bust right through their skulls, maybe destroy a few spaceships in the process. And if not, our hero will just catch more Aliens and then use them against themselves: cockfighting at its finest.

That’s assuming our hero doesn’t have other motives… truthfully, with the power that the hero has, anything could happen.