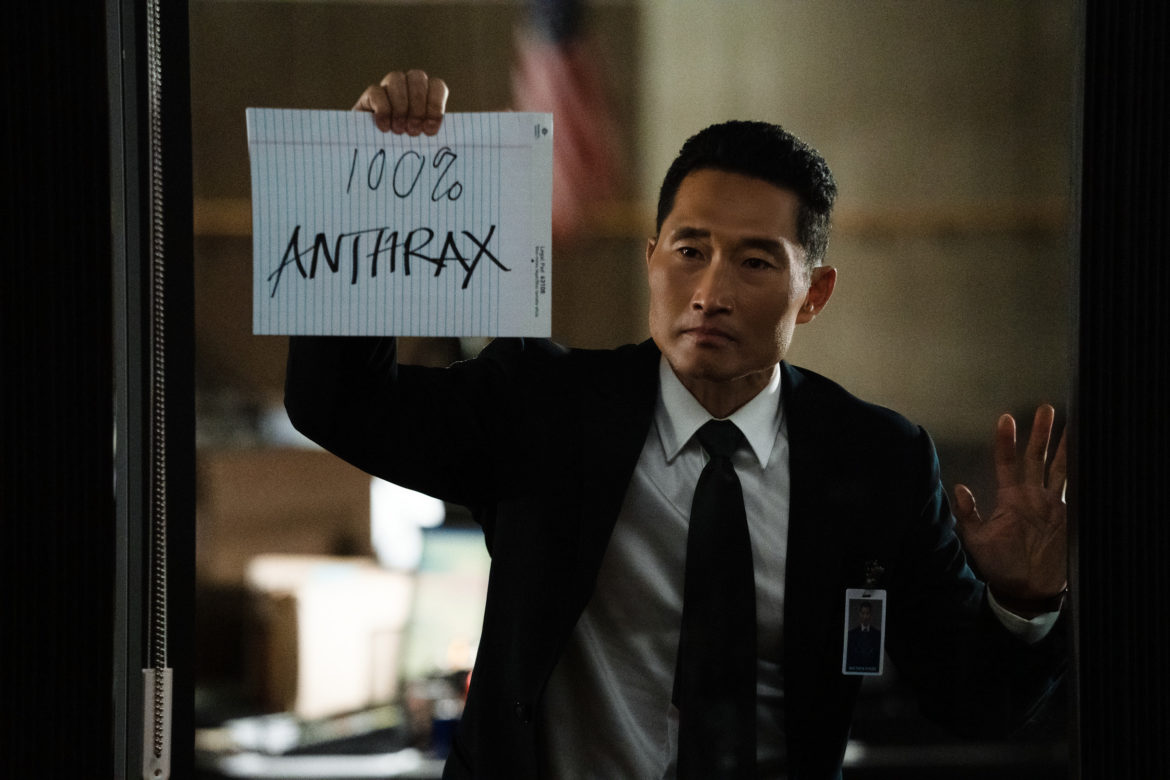 National Geographic brings back its most-watched scripted series, The Hot Zone; this time depicting the second terror that struck the United States of America in the weeks following 9/11. The release of The Hot Zone: Anthrax coincides with the 20th anniversary of the American tragedy, the national threat of anthrax that began as letters containing the deadly bio-weapon being sent to victims around the country.

Daniel Dae Kim stars as FBI Agent Matthew Ryker whose background in biology and 9/11-related trauma leads him to not only identify the danger of anthrax in the United States early on, but also become a man on a mission as he works to identify the source of this threat. Like Simu Liu, Henry Golding, and Lewis Tan, Daniel Dae Kim is another Asian actor in a leading role this year and furthering Asian representation, which I’m incredibly excited to see, especially from someone who has been vocal about this cause since the start of his career and has been acting since the 90s.

Agent Ryker’s determination to solve this mystery and pursue justice for the lives already lost serve as the emotional vehicle for audiences to go on this roller coaster of a mystery with. Unsurprisingly, the behind-the-scenes agendas and politics of Washington and the FBI add an additional layer of friction for the agents assigned to the case. On one side, there is a desperation to tie these anthrax attacks to the 9/11 attacks to justify action in the Middle East. On the other hand, people want to do a thorough job with an open mind, not wanting to rule anything out, especially the possibility of an enemy on US soil.

Each episode brings audiences closer and closer to the truth, but also unearths more and more questions to be answered. While the actual story in real life took place over a number of years, the chain of events in The Hot Zone: Anthrax feels like a matter of months, which feels even shorter with just six episodes, each with a feeling of haunting suspense.

The Hot Zone: Anthrax premieres on National Geographic on November 28, 2021.

About The Hot Zone: Anthrax

After the events on 9/11, The Hot Zone: Anthrax follows the team of experts tracking down the killer and mailer of the anthrax letters. The anthology series, starring Tony Goldwyn and Daniel Dae Kim, will premiere during a three-night event over Thanksgiving weekend, beginning Sunday, November 28 at 9/8c on National Geographic, and will stream on Hulu.