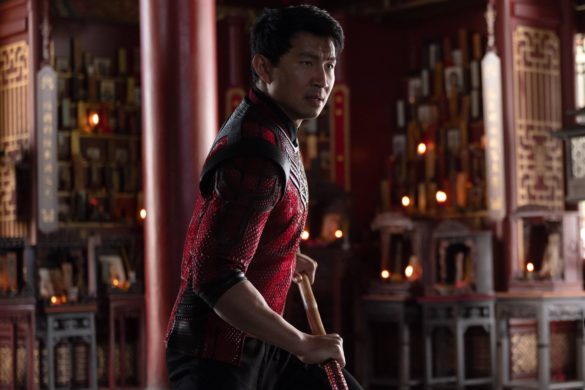 The Legend of ‘Shang-Chi’ and Breaking Records

Right from the start, Shang-Chi and the Legend of the Ten Rings is reminiscent of old Chinese cinema in a good way. It truly feels like the perfect blend of the heart found in Asian-style movies combined with the action of a Marvel film.

Over the course of its first two weekends, the film has gone on to break multiple records such as having the highest rating among comic book films by audiences on Rotten Tomatoes at 98% and shattering previous American box office records for Labor Day Weekend by earning $94.4 million. Also noteworthy is the $18.9 million earned on Labor Day, making it the best Monday for a film during the pandemic and the 28th biggest Monday of all time for any film.

Storytelling-wise one of the first things you’ll notice is that the pacing is slower compared to the average superhero film which tends to be more action-packed. However, by taking it slow, the film comes across much more intentional and meaningful adding to the emotional journey that Shang-Chi goes through.

Tony Leung stole the spotlight with his role as Wenwu. Just like with Killmonger, this was a complex villain filled with both heart and pain. His grief made his place as a villain in the movie all the more meaningful.

The fight sequences are something else in Shang-Chi and are unlike what’s been seen in other Marvel films. Each strike is art in motion, not just hard fighting skills but also fluid movements.

There’s a good range of character interactions that touch on the Asian-American/immigrant experience that people I know as well as myself will relate to. This includes having two names, mispronounced names, sexist beliefs from our elders, reconciling personal choices with family/cultural values, and trying to live out your own life while your family has different expectations.

Just as varied are the characters and settings in the film. Simu Liu’s Shang-Chi moved to America as a teenager and his best friend Katy (played by Awkwafina) is American-born, reflecting the contrast of lives Asian-Americans can have based on when they or their families came to America. The plot of the film takes our protagonists around the world from a familiar San Francisco to the nightlife of Macau to a mystic village named Ta Lo. Each of these different places can remind viewers of different homes that their families may have had, whether it’s a modern setting, more affluent, or centered in the countryside.

Ultimately, Shang-Chi is the type of movie I wished was available when I was growing up to recognize that my experiences were a shared phenomenon and that there’s a place for me and people like me. But I’m glad it is here now and for younger generations.

“Every community should have a superhero. And the truth is, for many of us in the Asian community, we didn’t grow up with that. So it’s just an incredible moment for representation,” said Simu Liu in an interview with Complex Canada.