How a Children’s Card Game Went From Yu-Gi-Oh! to Yu-Gi-No! 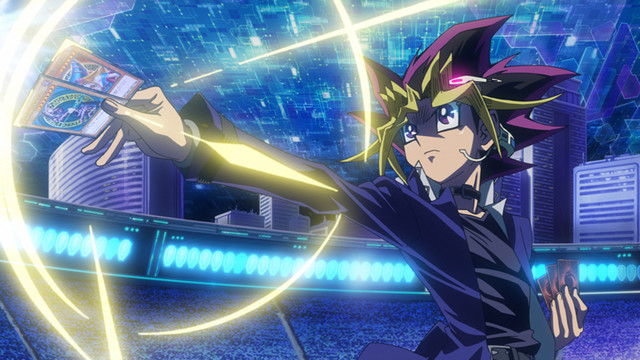 Hearing the words “You’ve activated my trap card!” in a deep manly voice brings a nostalgic smile to my face. But what’s happened since the last time it was time to d-d-d-d-duel for you? Whenever the children’s card game is brought up in a conversation, the most common thing I’ve heard is “oh man, I used to have tons and tons of cards,” followed up by,”But I sold them all to a kid…,” or “my mom threw them away.” For the lucky few of you that still have your cards  locked away in a dusty box  somewhere, I’m sad to say that while your cards (if kept in great condition and valued as rare) could potentially be worth a lot of money for a fellow nostalgic fan, they’re most likely completely unusable in an actual duel.

The once incredibly popular children’s trading card game that was easy for anyone to play has advanced so much that it is near impossible for a beginner to pick up a deck and duel without pausing for minutes at a time in between turns to figure out what each card does. The game has evolved in a way that only the most hardcore fans who have never stopped playing can play without any discomfort. The competitive scene is filled with ‘OTK’ (one turn kill) decks where duelists can literally end the duel within one turn, or completely disallow their opponent from playing with extremely overpowered cards that remove all fun from the game. It got so bad that now the first person to go doesn’t even get to draw a sixth card at the beginning of the duel to ensure the game goes on for at least another turn.

I could definitely be wrong, and it might just be because I myself got schooled in a duel at my very first locals tournament, but upon using the well-known card ‘Fissure’ and seeing my opponent with a shocked expression at seeing such an ‘antique’ card, I knew that things had changed an incredible amount. To ensure that I got a fair perspective, I attended 3 tournaments in the past two months to see other duelists’ thoughts on how the game had progressed. For the most part, the consensus was clear, a large number of duelists believe that  Yu-Gi-No’s power creep should have stopped with XYZ and Synchro Summoning, and were dissatisfied with the new Pendulum monster summonings. If you’re unaware, Pendulum monsters go face up in your extra deck and can be used at any point in the duel during your turn. They’re considered a hybrid of magic/monster cards and cannot be targeted for attack and can only be destroyed by a card effect that removes magic and trap cards. They also usually have two effects, one as the magic card, and the other as a monster card. Depending on the numbers of the Pendulum monsters (you need two), you can freely special summon any number of monsters from your hand as long as their levels fall between the numbers on the card. Confused? Yeah, don’t worry, here’s a photo to make it much easier to understand. A brief of explanation of Pendulum Monsters in Yu-Gi-No.

For more information on this photo and Pendulum summoning please visit this website: http://www.yugioh-card.com/hk/howto/master_rule_3.php?lang=en

Forgive my ranting, but as someone who truly loved the game and played it all the time with friends, it’s gone too far in its power creep to keep people interested. I’ll always follow Yu-Gi-No news and updates, but I’ll keep my dueling amongst people who are still living in the good old days where ‘Fissure’ was to be expected.

Summer 2020: The Latest Trends in Esports

How To Become A Voice Actor