Day Tripper: What It (Probably) Would Look Like if Darth Vader, Harry Potter, Daenerys Targaryen (and more) went on a road trip

Guest writer Neil Wright speculates what it (probably) would look like if Darth Vader, Harry Potter, Daenerys Targaryen, the Joker, and Sheldon Cooper each went on a road trip.

It’s a question none of us have asked but – now that it’s been mentioned – we all need the answers to: If [insert pop-culture hero or anti-hero here] went on a road trip, what would they travel in?

More succinctly: If Darth Vader ever needed a reason to own a car, what would it look like?

Fortunately, one artist has already done the imaginative thinking for us. 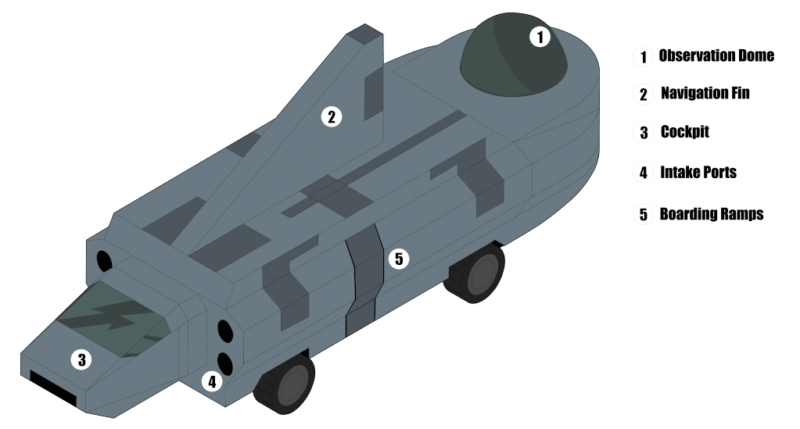 An Imperial Shuttle for Darth Vader.

Vader’s “car” is basically the classic Imperial Shuttle he uses for interplanetary travel – repurposed. You can see this in the cockpit and the navigation fin as clear as day, as well as in the sleek metallic grey design.

I came up with a really cool plot scenario to get Darth Vader into this bad boy. It involves him hunting down one of the remnants of the old Jedi Order: a Jedi Knight in hiding somewhere on a distant, sparsely populated planet in the Outer Rim.

The planet in question is characterized by permanent, hurricane-force winds in the upper atmosphere. The only safe entry can be made through the shield gate, which drops directly on to the capital (and only significant settlement).

On the ground, however, the surface is calm. This unique atmosphere rules out air travel in any meaningful sense, forcing our Sith Lord on the road, Star Wars style.

The interior of the vehicle carrying Darth Vader.

On the inside, apart from a few sick jokes (presuming the events take place during the time when Solo was captive) and some humanism (Padmé’s photograph), the interior looks largely how I’d imagined to be. There’s the meditation chamber we saw in Empire Strikes Back, and an all-important conference table for discussing imperial matters.

Of all of the motorcaravans in this list, I think this one is the most implausible – hear me out!

The reason being is that JK Rowling established two very important rules in her universe. One is that there exists a sort-of uneasy co-existence between muggles, wizards and witches. So as a general rule conspicuous magic is discouraged.

The second is that very convenient modes of transportation in the wizarding world already exist, such as the Floo network, which allows near instantaneous teleportation to anywhere that has a fireplace.

So it seems unlikely that Harry Potter would own a vehicle that’s awkward if it flies (like the Ford he ‘drives’ to Hogwarts in Chamber of Secrets) or one that’s grounded to the traffic congestion of England’s highways and A-roads.

But if he did have a car, it would totally look like this. 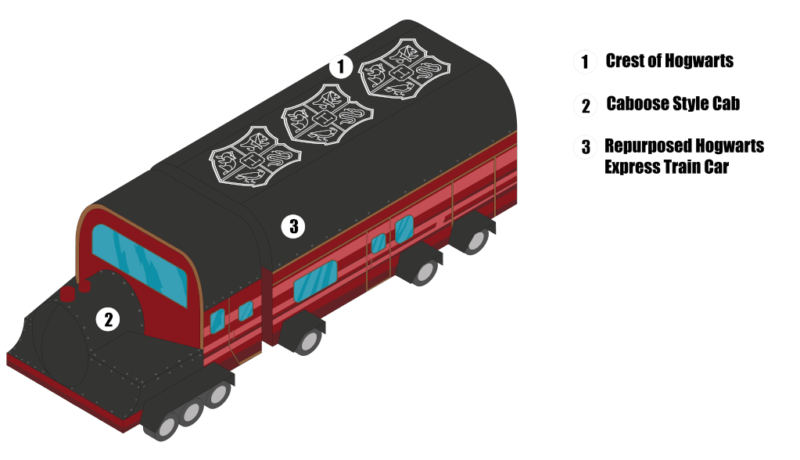 Harry Potter and the Muggle artifact

Even if we can’t agree on the exterior design, most people would agree that the interior would resemble something of the Gryffindor common room – a place that was pretty much Harry’s first ever real and welcoming home. 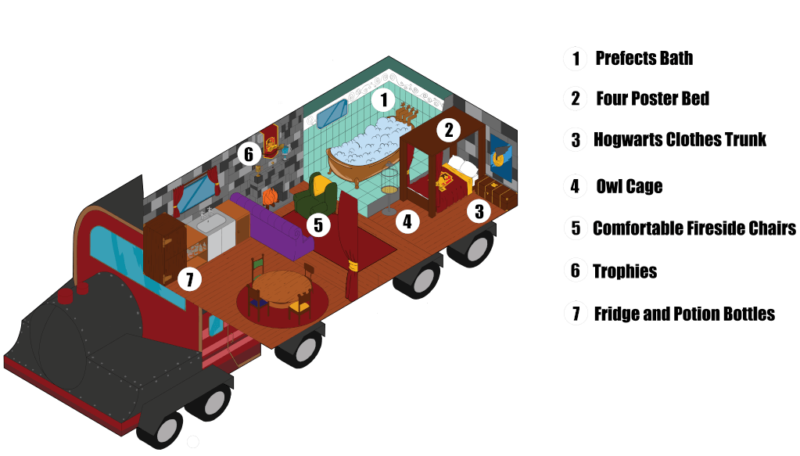 Harry Potter and the Muggle artifact

Putting aside the fact that in the magical kingdom of Westeros the automobile has yet to be invented – this motorcaravan looks like something that, if Daenerys Targaryen knew she could have, she would.

In fact, with only an oiling every now and then, a few tanks of petrol (and maybe even some AdBlue), the Dragon Queen would have advanced much quicker over the exiled-lands of Essos and probably would have crossed the Narrow Sea much earlier. If only there was more tarmac in Essos and less sand. 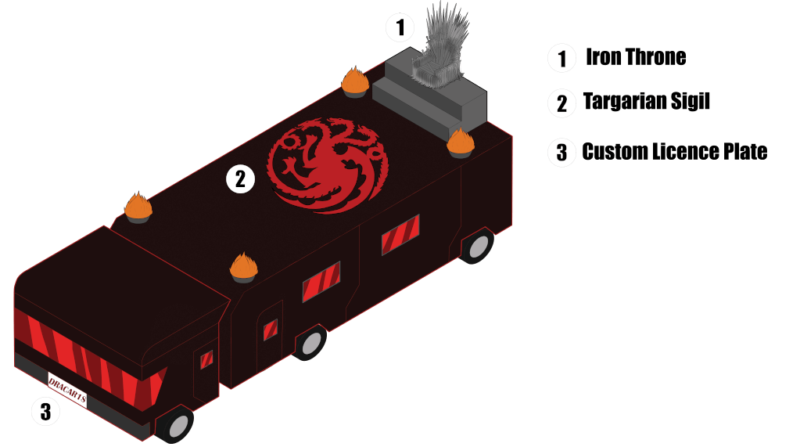 Daenerys of the House Targaryen, the First of Her Name, Breaker of Chains, Mother of Dragons, and Rider of this Motorcaravan

It’s a bit harder to imagine what the inside would look like for Daenerys, but I thought of it like this: she’s been in exile in Essos almost all of her life. Whatever she knows of Westeros will be limited – told only from written scrolls, Chinese whispers, and from the mouths of advisors.

The point is, she’s never seen Westeros – or more precisely, she sees a lot more of Essos than her homeland.

So it makes sense that the inner-confines looks a bit like a clashing of cultures; with pre-supposed assumptions of Westeros’ nobility; a lounge area like a Dothraki tent, and some self-aggrandizement. (Hell, she is invulnerable to fire, and did bring dragons back to life.) 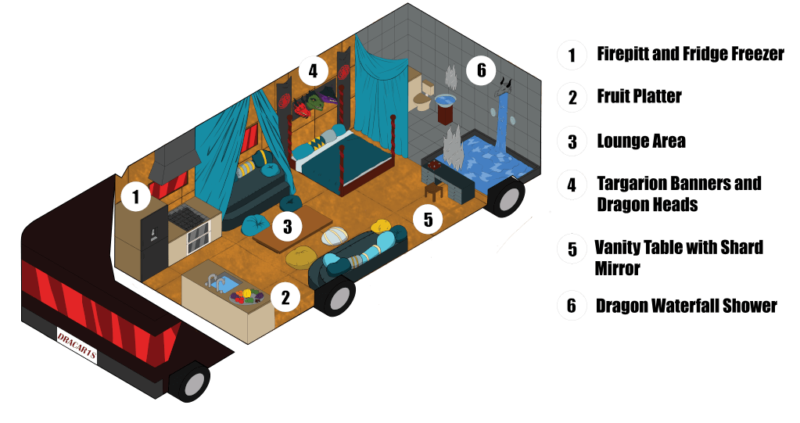 Daenerys of the House Targaryen, the First of Her Name, Breaker of Chains, Mother of Dragons, and Rider of this Motorcaravan

There is an expression: “Curiosity killed the cat”, and that age-old wisdom is entirely something that The Joker would bet on his victims to lack. Unlike in Harry Potter’s world, The Joker is betting on being as conspicuous as possible.

His motorhome is so creepy that it’s almost irresistibly fascinating. Despite the ominous “House of Fun” title and the creepy rictus grin-style cab, I’d be hard-pressed not to walk up to the window or crack open the door just to see what’s inside. 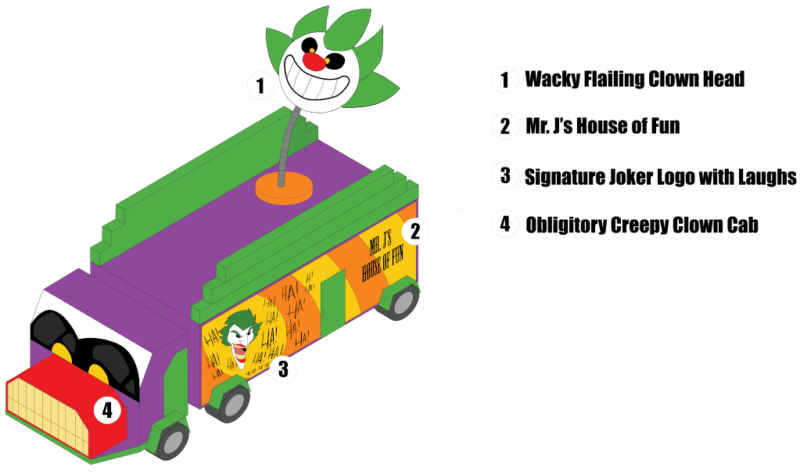 The inside perfectly plays into The Joker’s nature. The interior is sicklily inhospitable; unlivable; the opposite of cozy. Instead, it’s all over the place: every tile, spot, and diamond color – not to mention the laughs – all designed to heighten the senses and make a person as uncomfortable as possible.

So in other words, perfect for a mad man.

Now, this is something I can believe the super one-in-a-generation genius Dr. Sheldon Cooper dreamt up himself, from the smallest screw to The Flash paint job. If the USS Bazinga isn’t capable of flight, it’s almost certainly capable of faster-than-sound speed. It’s probably 100% energy efficient, too. 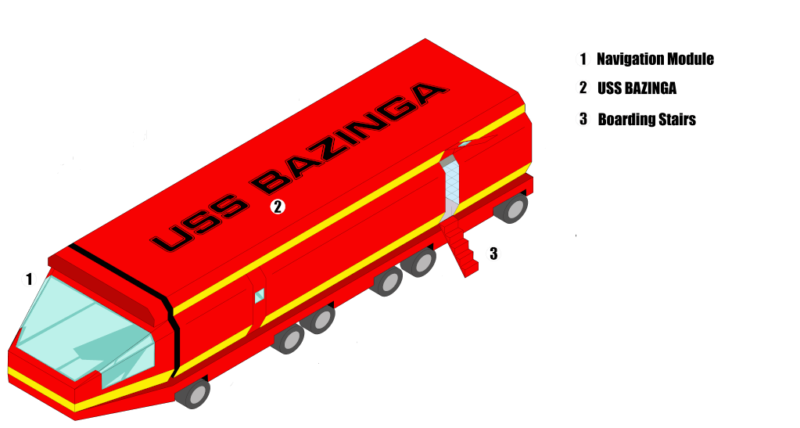 Sheldon Cooper from The Big Bang Theory receives his own vehicle

The interior of Sheldon’s is the easiest to image. He is a consistent genius; orderly, and he likes familiar surroundings. So the almost literal transplantation of his apartment into the inner confines of the Bazinga makes a lot of sense. I won’t go into detail about how Sheldon keeps the books and the computer monitors held in place as he rockets down America’s interstate roads (but I’m sure there’s a thesis you can read about it online, anyway). 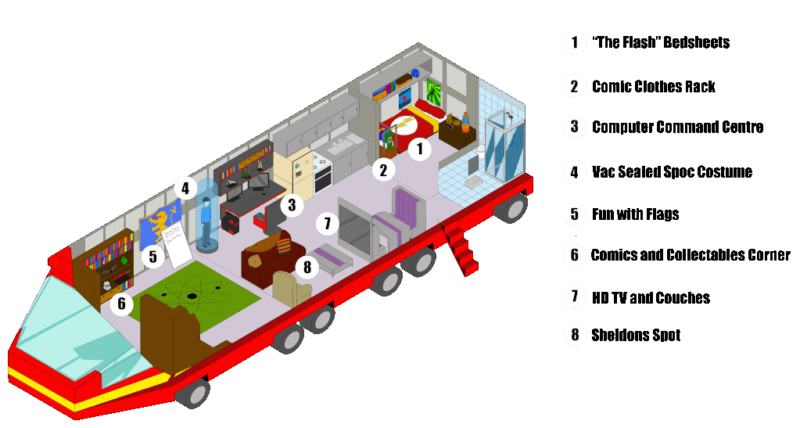 Sheldon Cooper from The Big Bang Theory receives his own vehicle

So what do you think: are these drawings broadly in line with what you would imagine them to look like? Or did you think of something entirely different? Let us know in the comments below.

Thank you to Eliza Cochrane, the conceptual artist over at We Buy Any Motorcaravan for sending these illustrations over.

How to build a $200 lightsaber at Star Wars: Galaxy’s Edge

25 Facts You Won’t Know About Batman