In Defense of Howard the Duck…

30 years ago today, mainstream movie-going audiences were introduced to a rather peculiar character and perhaps the first warning signs that George Lucas was maybe not the best person to be completely in charge of a large film production with the release of Lucasfilm’s Howard the Duck – also known as Howard the Suck in international releases.  Now, if you’ve seen this movie you probably read the title of this article and already decided any argument presented here is irrelevant because there is no defense for such a horrible atrocity of a film.

…well, yeah, you would be right.  That movie is truly an abomination.  But that’s why I’m here on the anniversary of that steaming goat-turd to defend the actual character of Howard the Duck – one of Marvel’s smartest and funniest creations. 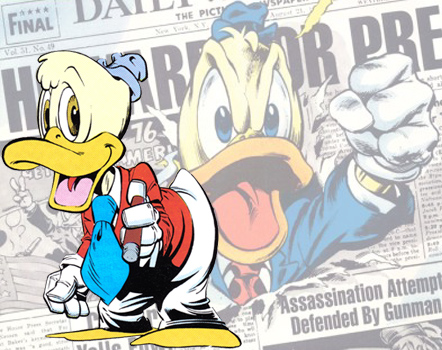 Bear in mind that the film adaptation of Howard the Duck is part of a long lineage of terrible superhero adaptations created by movie studios who don’t care/understand/have any faith in the source material who’s rights they’ve purchased (see: any Fox movie ever made).  As such, it’s not a great representation of the character in his comic book roots.  In fact, the movie is almost the exact opposite of everything inherently related to Howard’s stories.  The comics focus on social satire and metafictional self-awareness with heavy existentialist themes and dry, sarcastic wit.  Perhaps the funniest and cleverest aspect of these stories is that oftentimes there is no joke – it’s funny because it’s a depiction of ridiculous characters in very ordinary, relatable scenarios.  One of my favorite tie-ins to the Marvel Comics Civil War event from the mid-00s is Howard the Duck trying to register as a superhuman.  The entire process seems eerily similar to the DMV and most of the humor derives from Howard and the government employees trying to figure out into which category he falls.  Is he a mutant?  No.  How about an alien?  Well…kind of?  But do they even have to register?  Does he count as an alien if he’s a U.S. citizen?  He doesn’t even really have powers…he’s just an anthropomorphic intelligent duck.  In the end, the government just decides it’s easier to pretend he doesn’t exist from a legal standpoint – the whole thing plays out really well and is some truly brilliant comedic writing. 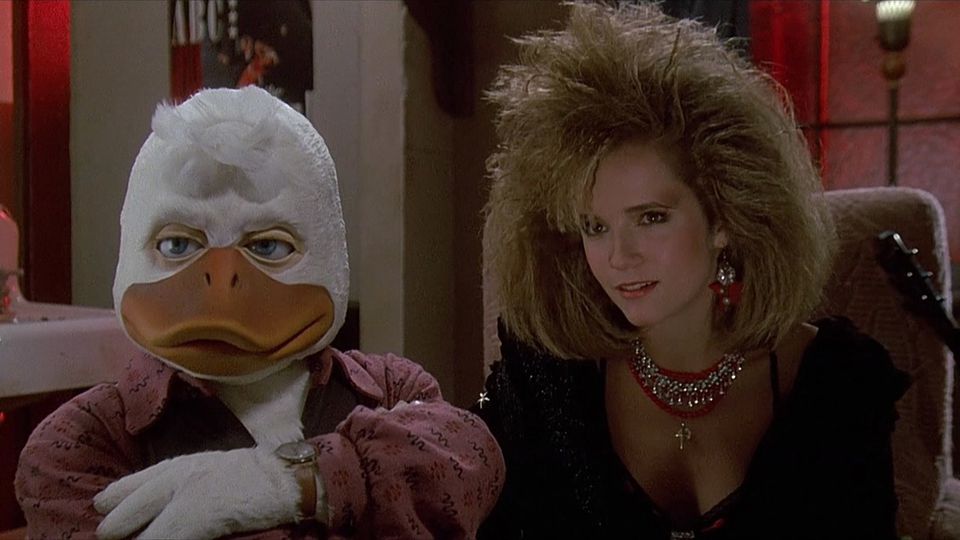 One of the best examples for how the film version totally disservices the character comes from a simple quote comparison.  Howard’s original comic creator, Steve Gerber, describes the book as a satirical tale that reminds us “life’s most serious moments and most incredibly dumb moments are often distinguishable only by a momentary point of view.”  While on the movie’s side of things we have screenwriter Gloria Katz saying, “It’s a film about a duck from outer space… It’s not supposed to be an existential experience.”  What an obvious lack of understanding your source material!  No wonder the film came out a drab, depressing mess.  The final cut is strangely serious and has that obnoxious “all movies must be dark, gritty, and realistic” feel to it, without any of the substance that really made the comics great.  There’s no dry wit or reflection of any real experiences to which the audience could potentially relate, because after all it’s just a big dumb movie about a big dumb duck fighting a big dumb alien.  What a travesty! 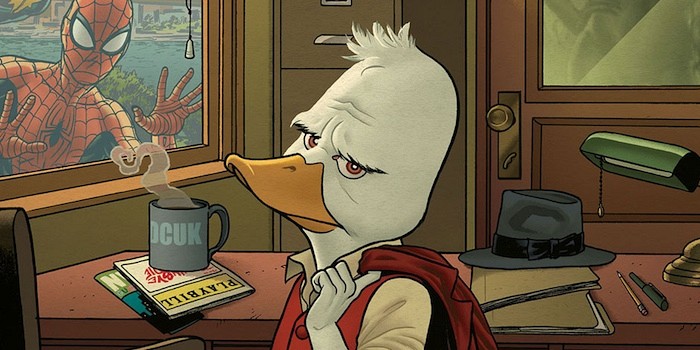 The good news for anyone else who hopes to see a good Howard the Duck on-screen adaptation is that Marvel Studios owns the movie rights again.  Marvel has been on one of the most incredible winning streaks over the last few years (almost a decade already, if you can believe it…Iron Man came out in 2008) and even gave their cynical duck a cameo in the post-credits scene from 2014’s Guardians of the Galaxy.  As much as I’d love to see him featured in the sequel or in his own solo film, Marvel hasn’t announced any plans for that as of yet.  My pitch to them is at least give us a Netflix series!  It doesn’t even have to be a full 13-episode season like the current Netflix titles, just a shorter 6-8 episode adventure would be great.  Unfortunately, Lucasfilm’s Golden Turd has irreparably sullied the character in the minds of too many movie-goers, this is probably just a pipe-dream. 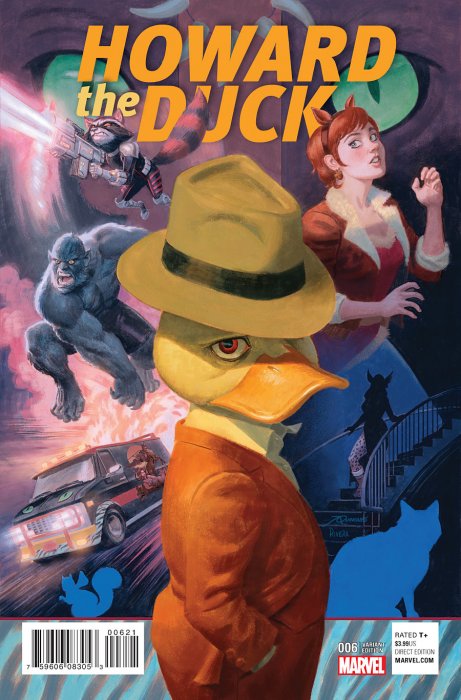 As for you, dear reader, I can’t recommend enough that you find a local comic book store and pick up a couple issues of a Howard the Duck series.  If we can’t have a good representation of him in film, at least we still have it on paper.  I do sincerely hope there will come a day when admitting “I like Howard the Duck” isn’t accompanied by excessive groaning from those around me, and the first step might be exposing people to Howard’s roots in comics.

What are your thoughts on Howard the Duck?  Let us know in the comments below!

Review: Screw you, I Watched Fantastic...