Just Mercy: An incredible story against the racism and injustice in the criminal justice system

Just Mercy, directed by Destin Daniel Cretton (Short Term 12 and the upcoming: Shang-Chi and the Legend of the Ten Rings), tells the real-life story of attorney Bryan Stevenson (Michael B. Jordan), based on his memoir of the same name.

At the start of the film, we meet Walter McMillian, who is on his way home after spending the day working in the woods. He encounters a roadblock set up by police, places his hands on the steering wheel and complies with the officer in charge. Suddenly, the officer accuses Walter of the murder of a young, white woman. Every police officer points their gun at Walter as he gets arrested. 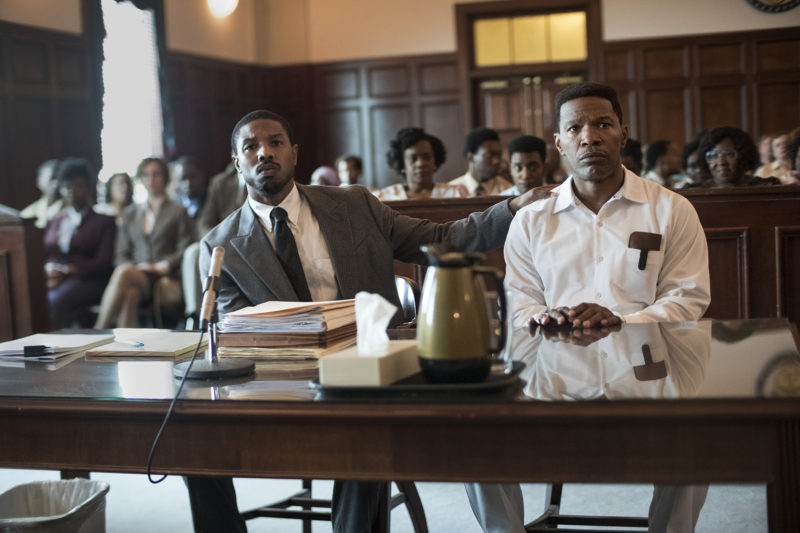 Fast forward a couple of years, and we meet Bryan Stevenson, who has graduated from Harvard and decides to work in Alabama to defend those wrongly condemned or who were not afforded proper representation. He is introduced to several men on Death Row and listens to their experiences. He then encounters Walter McMillian and believes that McMillian is innocent. However, McMillian does not care about Stevenson’s representation. Walter tells him that “a black man is guilty from the moment you’re born.” Despite the institutional racism and McMillian’s despair, Stevenson refuses to give up as he continues to build a case to prove this man’s innocence.

The legal drama may have a familiar and predictable story structure, but there’s a lot of heart. Cretton has an amazing ability to tell a very human story. He wants the audience to see the perspective of a black person in America. He digs deep into the story to make us feel uncomfortable about how poorly black folks are treated in the country even when they are law-abiding citizens and minding their business in their community. Though the film takes place in the late 80s and early 90s, the story is still relevant to what’s happening in the world today. Attorney Bryan Stevenson is still fighting against the injustice in the criminal justice system and helping those in need.

In addition to the heartfelt story, the cast delivers strong performances. Jordan is great as Stevenson as he possesses a strong moral compass. Foxx is phenomenal as McMillian, one of his best performances in recent years. Rob Morgan as Herbert Richardson is the heart of the film. And Tim Blake Nelson as Ralph Myers steals every scene.

Just Mercy is not receiving a lot of attention from awards ceremonies, but it’s definitely one of the best films of 2019 that you don’t want to miss! It was released in December in Los Angeles and New York, but will now be expanded to a wide release throughout the country this weekend.

Babylon: New Trailer Goes All Out