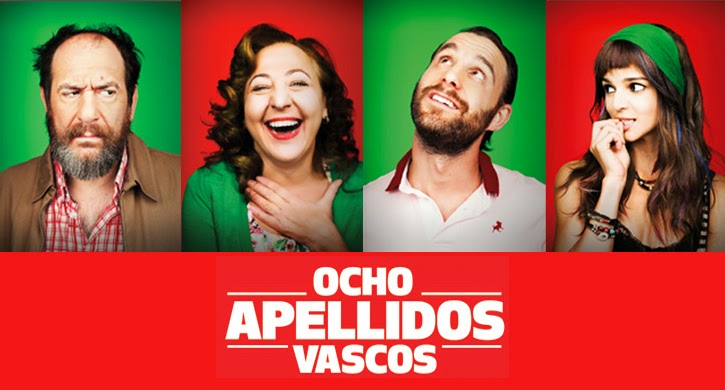 Spanish Affair (2014) Ocho apellidos vascos (original title)
Rafael, a Sevillian who has never left Andalucia, decides to leave his homeland to follow Amaia, a Basque girl, unlike other women whom he has ever known.

Foreign films are a bit hard to recommend, as they come with presumed stigmas that they have to overcome. Are they pretentious? Do the cheaper effects hold up? And, more importantly, will it be worth the time and effort to read through subtitles? Many foreign films that people hear about would, of course, be considered worth the effort, but mostly because they come from rather established and famous industries. France, Japan, India, and even South Korea have a wealth of great movies, and have quite the following as a result, but what about other countries, don’t they have something to offer?

Spanish Affair (Ocho Apellidos Vascos) is a 2014 Spanish film comedy about Spaniards getting into shenanigans in Spain. While that may sound a bit simple, keep in mind that this movie does not take place in the international cities of Madrid of Barcelona, but in less-known Spanish towns. It does not go much into universal themes but pokes fun at issues and stereotypes endemic to Spain. The jokes and hijinks land, even when translated into other languages.

It is unpretentious, has minimal effects that reflect the real world setting it finds itself and is so accessible that it currently holds the record in Spain for the highest grossing Spanish-film and the second highest of all movies after Avatar. Spanish Affair (Ocho Apellidos Vascos) is a delightful peek into an often overlooked industry. And what is art if not a way to make the world just a little bit smaller?