Kingdom, the first South Korean Netflix original series, is a historical drama set during the country’s Joseon dynasty period which includes the welcome addition of a zombie plague. Season Two dropping right in the midst of the COVID-19 crisis doesn’t feel prophetic so much as it reinforces the feeling that what’s happening now has always, in some way, been happening. Of course, the real crisis is unprecedented and terrible, and we shouldn’t make light of it. But watching Kingdom doesn’t feel like making light of anything, and doesn’t even seem comparable to viewing Outbreak or Contagion for an escapist sense of control or comfort, which is apparently how some have been spending their time (no judgment). Instead, following its political intrigue and its gorgeous, sweeping landscape shots interspersed with gory scenes of spry and vicious undead, is akin to viewing a national tragedy in miniature. This isn’t simply a story about an outbreak but rather one about how nature interacts with power, and watching it from the U.S.—a country that, compared to South Korea or by any reasonable standard, is not handling the crisis well—feels, well, appropriate.

The underlying story in Kingdom will be somewhat familiar to many viewers. Born of a concubine, the crown prince Lee Chang (Ju Ji-hoon) is heir to the throne, but his father’s ambitious young wife (Kim Hye-jun), who is visibly pregnant, is ready to stand in the way of his claim to power. In the meantime, the king has vanished, purportedly sick and being treated in secret. Upon attempting to visit his father in the palace one night, Prince Chang glimpses a monstrous silhouette. It’s not difficult to imagine what might be going on here: Is the queen attempting to hide her husband’s true condition until she gives birth? Is the prince in danger from those who would rather he not ascend to the throne? Have attempts to keep the king alive turned him undead, inadvertently setting off a full-fledged zombie outbreak in the process? The answer to all these questions appears to be “Yes, probably.”

Drama driven by the supposed legitimacy or illegitimacy of familial lineage in pop culture and entertainment is nothing new. In the Thor franchise of Marvel movies, which is based on comics that are, in turn, based on Norse mythology, Loki (Tom Hiddleston), Thor’s (Chris Hemsworth) adopted brother, attempts to usurp the throne of Asgard. Another MCU example is Black Panther’s Erik Killmonger (Michael B. Jordan), the orphaned son of an American woman and a prince of the nation of Wakanda, who as an adult tries to seize control of the isolated country ruled by his cousin T’Challa (Chadwick Boseman). In these scenarios, the usurper is depicted as dangerous, bitter, and perhaps compromised by the lack of a fully noble birth and upbringing.

But this isn’t always the case, as Kingdom shows: Here, the prince of questionable heritage is a clear protagonist attempting to protect his people during a time of national crisis but forced to do so from the sidelines, as a conspiracy is afoot to keep him from wielding legitimate power. A slightly different example of this dynamic appears in Prince Caspian, a book in the Chronicles of Narnia series by C.S. Lewis (adapted for the screen as a big-budget disappointment in 2008). In that story, Caspian, the orphaned crown prince of the Telemarine-occupied land of Narnia, is forced to flee his home when his uncle’s wife gives birth to a son, making Caspian a threat to his uncle’s wish to see his own offspring on the throne. Caspian shows empathy for the oppressed Narnians, and like Chang, is clearly meant to be a sympathetic character whose wisdom and leadership skills seem to at least partially be the result of his personal experience and hardships. (Incidentally, Prince Caspian is a problematic mess that suggests a parallel between the suppression of Western-coded “old” Narnian values and cultures that have been wiped out in the real world by imperialism and systemic oppression; nevertheless, it and the other Narnia books carry the kind of childhood significance for me that the Harry Potter series does for many others.)

While Kingdom bears many similarities to Prince Caspian, Lewis’s story finds Caspian to be a worthy leader in the way he fulfills but also subverts the expectations of his lineage by allying with the Narnians. In Kingdom, questions of lineage and history give way to a bloody, immediate present. Chang intends to reclaim what he feels is his rightful place, but his campaign to win back power is tied to his immediate safety and well-being (as well as that of his presumptive subjects). He seems to take his royal responsibility seriously, but the story doesn’t linger too much on the unfairness of his plight or his personal growth. Kingdom, at least so far, lets us see Chang’s humility lionized as the virtue of a leader but also validated as the accurate assessment of a practical, resigned man who understands just how out of his control events really are. 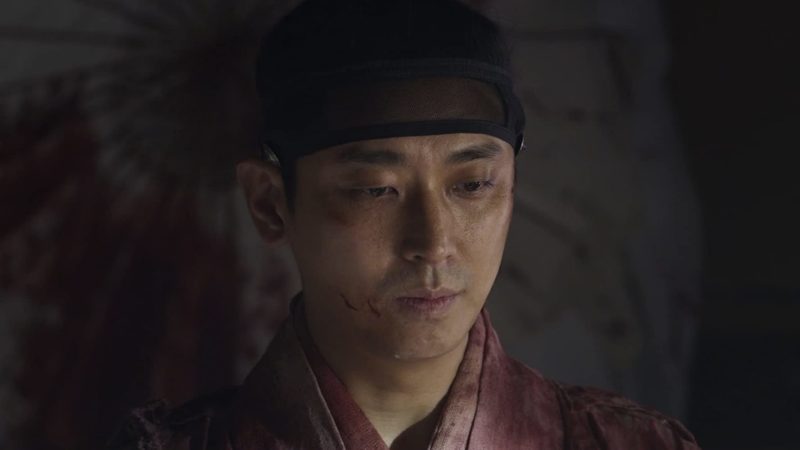 The political system in the U.S. doesn’t revolve around monarchs, obviously, but our ideas of political legitimacy still run frighteningly parallel to narratives about royal power dynamics, which are tied both to heritage and the unexpected acquisition of power. Barack Obama was considered an underdog when he ran for president due to his youth and relative inexperience, but his mixed-race background was attached to the suggestion that he had the know-how to finally unify the American people. Donald Trump, on the other hand, presented as an aggressive usurper, someone who voters could imagine as an outsider but who had enough money and hubris to challenge royalty.

Our presidential elections allow us to play our candidates like pieces on a chessboard, justifying ideas we have about righteous outsiders, justice, and fate based on who they are as much as what they can offer us. This isn’t to speak against the representation of traditionally marginalized and oppressed groups in politics, but rather to say that when people who are normally kept out of politics (including someone like Trump) enter into them, they still enter a pre-existing narrative and step into pre-existing roles that are comprehensible to the public.

In the 2020 Democratic primary, many voters have continued to bet on narrative arcs with nervous superstition, asking questions that have little to do with policy and more to do with what story endings seem plausible based on our limited national imagination: If we elect a woman, will she symbolically reverse the 2016 election? If we sacrificially vote for the candidate we don’t really want, will the universe allow us to beat Trump? If we vote for the person who looks the most like us, will that help us somehow? In the meantime, we’re reminded by the virus spreading across the nation that nature is brutal, indifferent, and disinclined to help us justify our opinions of who (if anyone) is qualified to lead a country. 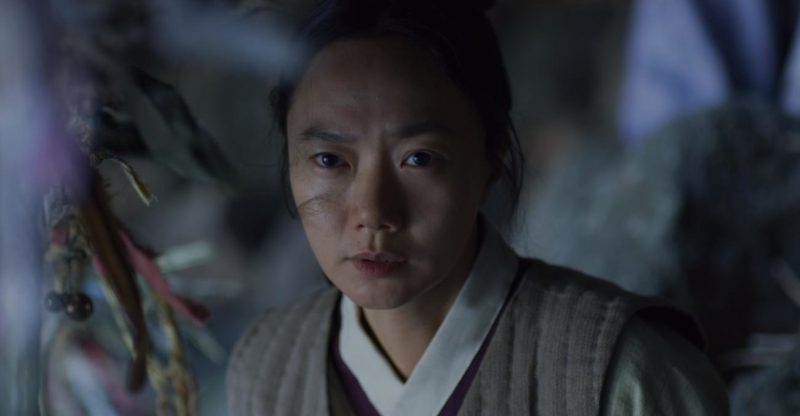 It’s easy to imagine that Season 3 of Kingdom might see our beleaguered prince marked as a natural monarch, deemed worthy for the very reason that he doesn’t believe he is. But in the meantime, in the thick of current events, it’s nice to see a story where the extent of leaders’ power is uncertain in a broader sense. The prince may be decent as leaders go, but he doesn’t appear to be as crucial or fiercely effective as Seo-bi (Bae Doo-na), a doctor who works tirelessly to understand the spread of the mysterious disease, and who at one point carries an infant to safety through a horde of zombies under the shield of a flaming cloak. Seo-bi’s presence calls attention to just how relatively useless some of the supposedly powerful men around her are, and the series as a whole allows us a wide-ranging glimpse of a nation succumbing to a preventable tragedy amidst a political scramble.

While Kingdom is above all a thrilling narrative about a struggle for control whose main protagonist is a disenfranchised royal, it still raises topical and pertinent questions about our perceptions of what is important and who is necessary in a crisis.

Welcome to Earth: Will Smith Explores...