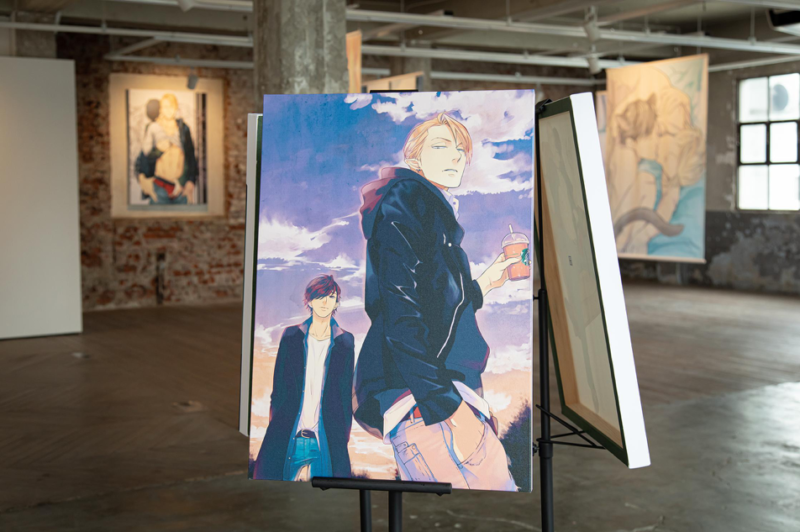 Pieces on display during the exhibition. Photo: Lezhin Entertainment

Scarlet Beriko is one of Japan’s leading BL artists, praised for elaborate plots and amazing art which has raised the standards of the BL genre. Since debuting in Shinshokan’s monthly publication, “Wings,” in 2008, the famed author went on to win the “BL Best Newcomer Award” from Sandias’ Chil Chil for “Give Me a Hand” in 2015. “Show Me Your Gun,” “Jackass!,” “Queen and the Tailor,” and “Jealousy” also made Chil Chil’s “Yearly BL Award” list and Ohzora Publishing’s “Dangerous BL” list, making her one of the most popular authors in the BL genre.

Held from June 29th to the 39th, entrance to the gallery was free as long as attendees provided valid photo ID. The first floor of the exhibition had several canvas prints as well as limited-edition merchandise and a “red room” featuring some of Scarlet Beriko’s more risqué pieces and a red neon sign custom-made for this event.

Ninety lucky winners were chosen to attend a meet & greet with the famed author which included an autograph session where attendees received a previously unpublished, signed print. The event also included a live-drawing drawing session where Scarlet Beriko interacted with fans in attendance. 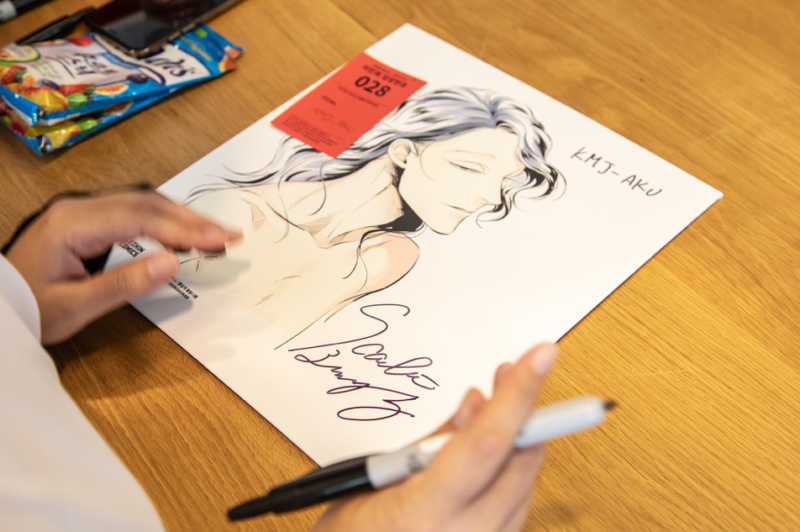 Magnets, prints, and other merchandise were available for purchase throughout the event along with small postcards which were free for visitors. 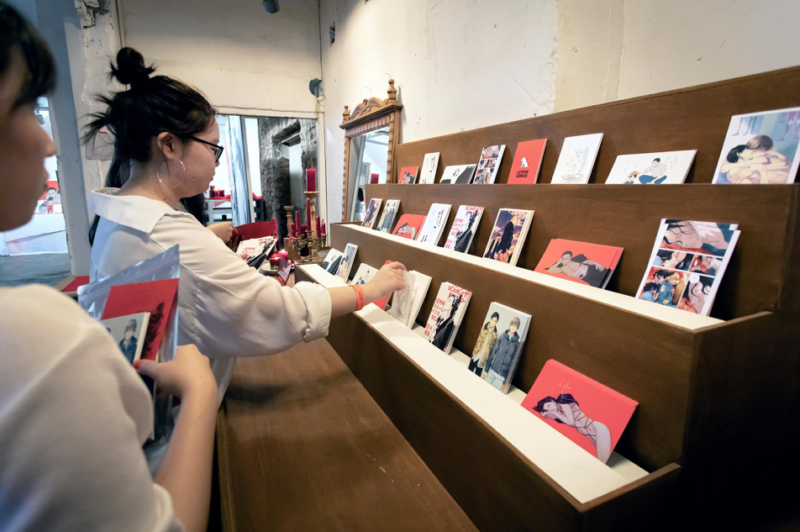 Fans choosing from a selection of free postcards at the exhibition. Photo: Lezhin Entertainment

The Reality-Shattering Return of Fan-Favorite Character...