There are few stories that rival the story of Exodus in scope and renown. It’s been told multiple times in multiple forms over the years, and each time adding a bit of artistic flair when need be. With 1998’s The Prince of Egypt, I believe that the world finally built up to the best rendition that had been put to screen. 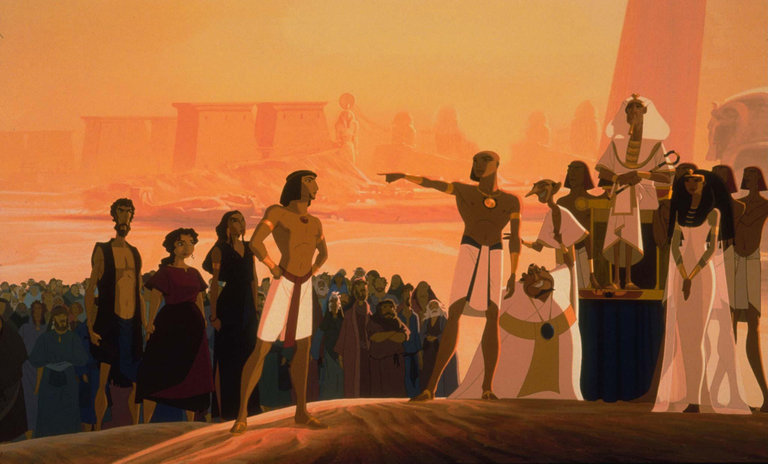 A scene from the 1998 film The Prince of Egypt. Credit DreamWorks Pictures.

In an industry where so much is put onscreen just for the quick easy buck, this movie surprisingly wasn’t. It was the pioneering effort of Dreamworks Animation, and the level of animation is superb. While a traditional 2D feature, the 3D animation it does use adds a layer of spectacle and awe that the story requires. Being made from Disney alumni, this movie would also have a musical score from the same vein, creating a soundtrack that honestly rivals some of Disney’s best. So sure of how much faith (pun not intended) they had in this movie, it boasts a star-studded cast, including Val Kilmer, Ralph Fiennes, Michelle Pfeiffer, Sandra Bullock, Jeff Goldblum, Danny Glover, Sir Patrick Stewart, Dame Hellen Mirren, Steve Martin, and Martin Short.

“River, oh river, flow gently for me. Such precious cargo you bear. Do you know somewhere he can live free? River, deliver him there…”

Of course, to address the elephant, this movie is by no means a pro-Christian gung-ho movie like some of the lackluster stuff that’s been pumped out of Hollywood recently. In fact, the team behind the movie referred to scholars of three different religions to understand how the Exodus story is viewed in these communities so as to respect all people and not just a select few. It’s in effect a movie that celebrates the freedom of religion, but not any particular sect, and most definitely doesn’t try to preach to you. Which is why we recommend this film: all you need to enjoy it is a love for animation and great story telling.

The Hot Zone: Anthrax: An American...