One of the most polarizing films of the decade has finally been released.  Not only have moviegoers been split on whether or not Paul Feig’s 2016 Ghostbusters reboot would be a good film, but they’ve been very vocally split on why they criticized the trailers.  Some saying this is just another soulless cash-in to exploit nostalgia, others saying it’s your feminist duty to see the film, more saying the trailer was only hated because everyone on the internet is a misogynistic pig, some were actually misogynistic pigs, yet other groups claimed all this was just a natural reaction to change and the movie would be great, others said the movie would be mediocre and the fuss was all for a film that would be enjoyed and easily forgotten, and… – suffice it to say it was a huge clusterfuck.

Oh, and remember this was all just from the freaking trailer!!

Ghostbusters had an uphill battle from day one, but now that it’s released all that really matters is the film itself.  And it’s the worst film I’ve ever seen…ever… 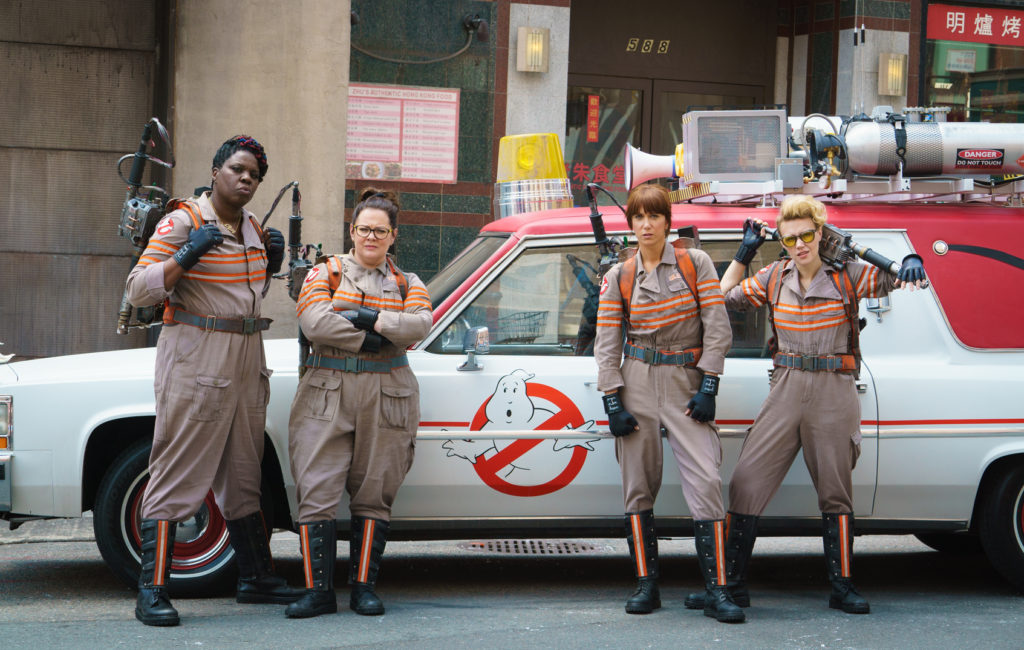 Nah, I’m just kidding, it’s fine.  While certainly no classic, Ghostbusters is a pretty enjoyable film overall.  Even with a plot and pacing that’s only marginally better than the most mediocre Kevin Hart film, the obvious passion of the cast definitely makes for an entertaining time.  Melissa McCarthy, Kristen Wiig, Kate McKinnon, Leslie Jones, and Chris Hemsworth are all perfectly cast and are clearly having a good time making an intentionally goofy movie.  The character dynamics play out pretty well, despite very little growth or development, and they’re all quite believable in their roles.  Wiig and Jones in particular resonated with me, the former a badass physicist (because there’s nothing that’s really cooler than physics, let’s be real) and the latter a street-smart average, everyday person who at almost every turn had me thinking “yep, that’s pretty much how I’d react.”  Jones may have been the funniest of the entire cast, too – but don’t worry if you’re excited to see someone else, everyone gets their time to shine. 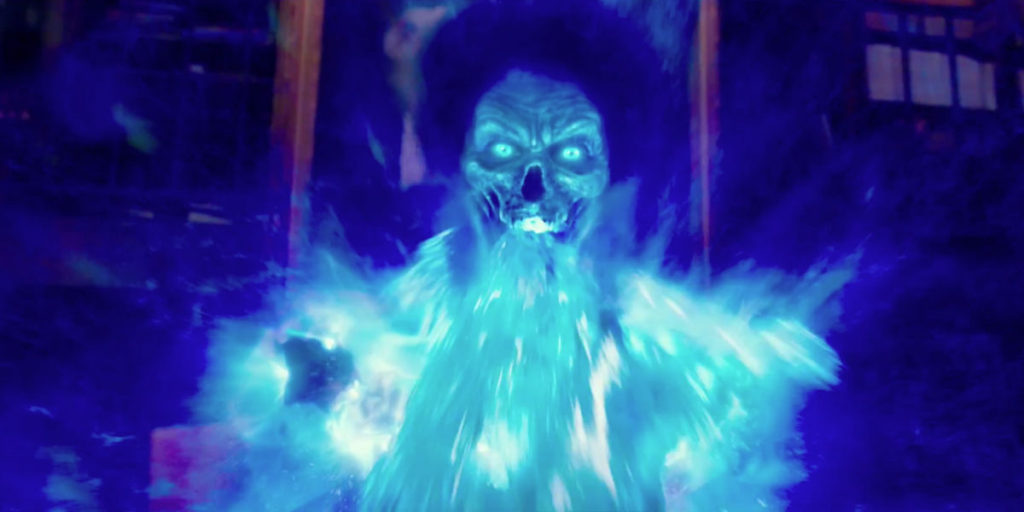 Really there’s not a dull moment in the film…once it gets started, anyway.  The beginning is admittedly a little slow, weighed down by exposition to introduce each of the characters and to establish a tarnished past between McCarthy and Wiig.  It really is a noticeable difference once the first fully-realized ghost appears for all to see and thankfully that new pace lasts until the end.  Laugh-a-minute jokes, ghost-fueled insanity, it all just powers through this hour-and-a-half film.  And the jokes don’t (normally) feel stale.  Very few fell flat for me and many of the ones that did involved cameos from the previous Ghostbusters and…um…Ozzy Osbourne…for some reason…?  Oh well, at least we got a good laugh about Ozzy calling out to Sharon for help – that scene was clearly filmed before 2016.  Am I a monster for laughing at that…? 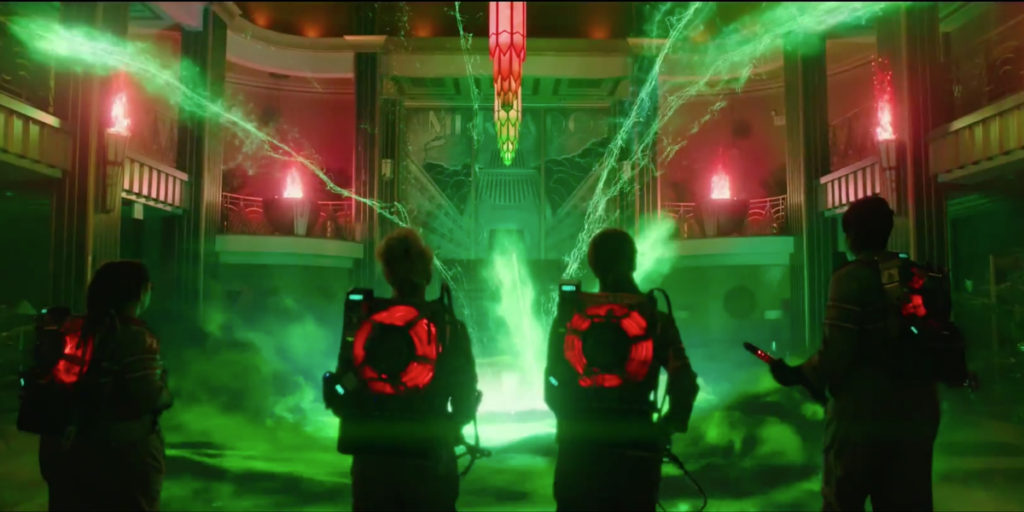 Now the film is not perfect.  In fact, it’s far from it.  As a franchise movie this is pretty awful.  I grew up watching both Ghostbusters and Ghostbusters II, and they were easily two of my favorite movies – yes, even the second one.  I was a kid, ok, cut me some slack!  But being born in the early 90s I never experienced the full hype and breadth of the original Ghostbusters-mania.  I’d never even heard of Ecto-Cooler until watching the Nostalgia Critic or seen the old video games until I discovered the Angry Video Game Nerd.  For those who grew up living, breathing, and defining their existence with Ghostbusters, this may not be the movie for you.  It is absolutely a different tone and style than before.  Where the originals were strange, goofy films, they also included some pretty serious horror elements, human drama, and some hefty occult mysticism.  This new one is a straightforward wacky-comedy that plays out like a live-action cartoon more than anything.  It’s not scary – not even a little.  And the human drama is pretty much limited to occasionally reminding us that McCarthy and Wiig once had a falling out and are trying to mend their friendship.  There’s also little-to-no understated dry humor comparable to the genius of the late Harold Ramis.  Ultimately, the important part here is to be aware that this film speaks to a new audience.  1984’s adventure is generally remembered as a cult hit and is associated with more with geek culture – 2016 sees a targeting of the mainstream with a decent mix of low- and mid-brow humor but very little meaningful substance. 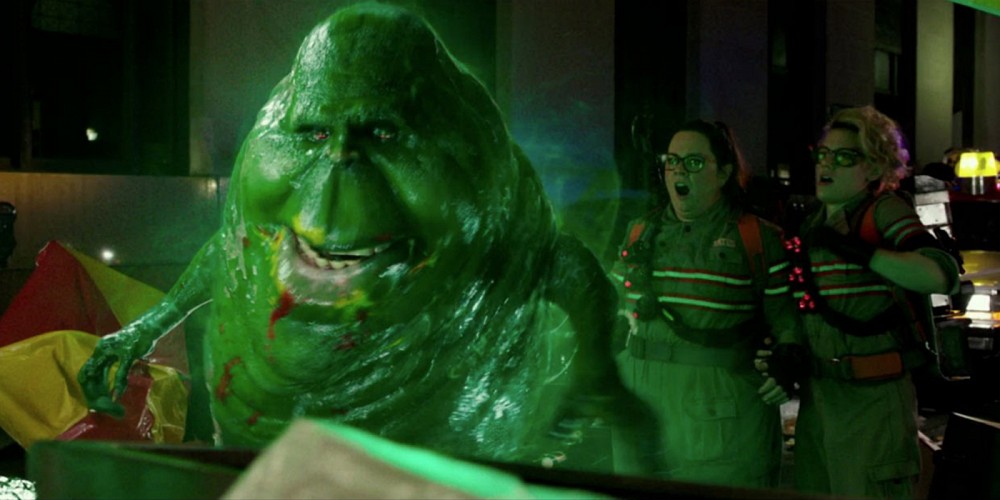 Easily the weakest point of the film is storytelling.  Pacing is fairly poor with emphasis on humor and cartoonish antics sideswiping the already weak plot anytime it’s brave enough to try and engage the audience.  There is very little sense of passage of time, which becomes exceptionally obvious when the Ghostbusters just suddenly seem to know exactly what they’re doing and own more bizarre tools than Inspector Gadget when only minutes before they were practicing throwing ghost grenades in the alley without really knowing how they worked (oh yeah, did I mention there are freaking ghost grenades in this!?!?  12/10!!!).  The plot itself is pretty much just an amalgamation of ideas from the first two movies…and Ghostbusters II is really just an amalgamation of ideas from the first film, so I suppose we really just have three different versions of the same movie.  While they certainly “tried” to have a new villain, he is more bland and uninteresting than pretty much every character in Batman v Superman put together.  Even though it’s very clear Neil Casey is having a great time playing this socially-awkward megalomaniac, his evil plan is too generic to be of any note.  Those who have seen the originals will absolutely roll their eyes at certain moments that are lifted straight from the first film minus the original context or reasoning (I’m looking at you, dumbass climax) but are executed by an enjoyable cast in a good enough way that I found myself accepting these moments pretty quickly. 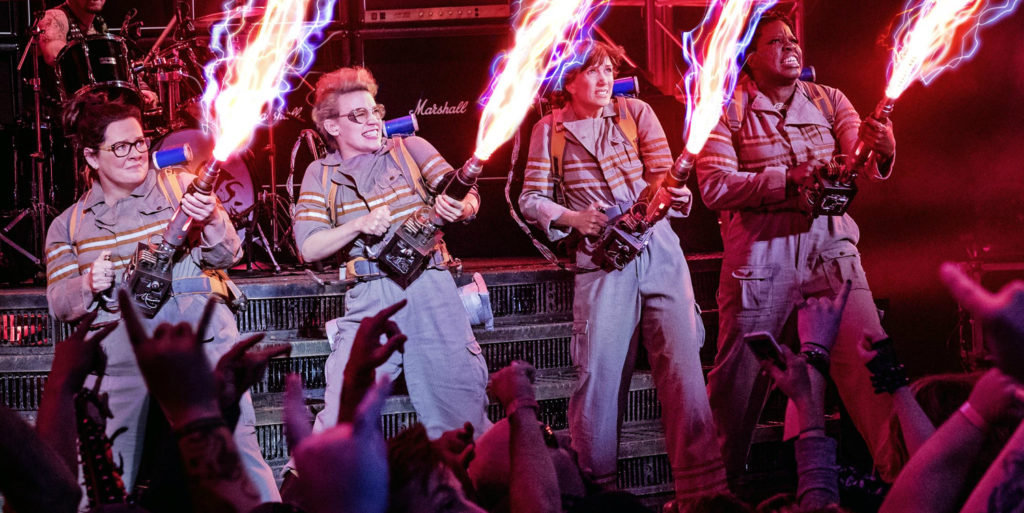 Ghostbusters is ultimately a very middle-of-the-road film, not necessarily bad but not great either.  This is clearly a film that Sony greenlit for money – no vision, no passion, just a straight-up cash-grab.  A film that attempts to pull as much money as possible from the wallets of nostalgic geeks, excited children, and activists who think it’s their sworn duty to see a mainstream blockbuster that primarily stars women.  What saves it is a cast and crew who cared.  With such an enjoyable group of people working hard to make what could have been a complete disaster into something good, they ended up with a fun summer popcorn movie – light on substance but heavy on wacky, entertaining humor.  Oh, and I guess I should mention the trailers suck and are not necessarily a good representation of the actual film.  And if you are afraid the movie will be too preachy about feminism or whatever, that won’t be an issue for you either – unless you’re just an asshole who hates that women are in the roles.  There’s no talk of feminism, girl power, or anything like that save one stupid “joke” in the middle of the film.  These women just play fun, badass people and the fact that they’re women doesn’t matter, which is really what feminism is supposed to be about anyway.

So bring your friends, your kids, your parents, your Slimers – just maybe not your misogynistic uncle or original Ghostbusters mega-fan.  Feig and his perfect cast have successfully breathed new life (heh-heh) into a long-dormant franchise.  The new Ghostbusters is definitely a fun, albeit forgettable, movie that has me excited to see where they will take the series next.

Tell us what you thought of Ghostbusters in the comments below!

Review: Deadpool – The Merc With A Movie