DCTV: You’ve said that you read some of the comics with Conner in them. Do you have any comics storylines that you’d like to see Titans adapt?

JO: I was actually really pleased that elements from a couple of my favorite Teen Titans stories already made it into the second season! Namely, Judas Contract (loosely) and A Kid’s Game. In that same run of comics there’s a story where the Titans time travel 10 years into the future and encounter themselves as the heroes they eventually become (Tim Drake is Batman, Conner is Superman and so on). I reckon something like that could work as a cool self-contained story. Having said that, most of the stuff from the books I would love to see on screen is very much on the ambitious side… 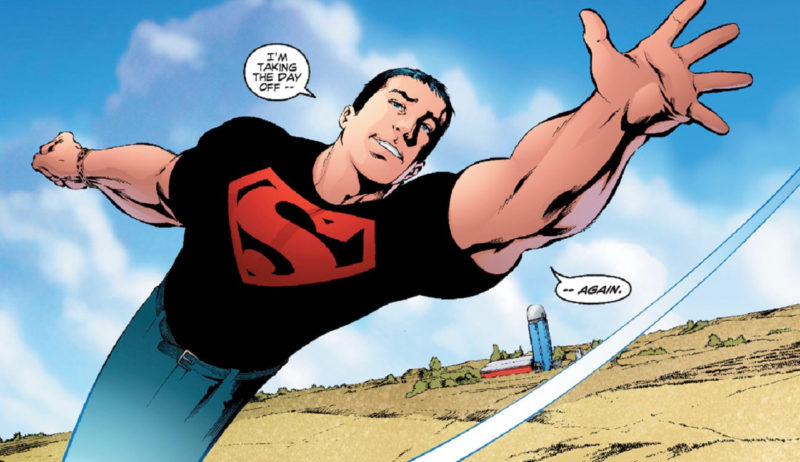 Superboy straight out of the pages of DC Comics. Photo: DC Comics

DCTV: You portray a character that clearly has both hero and villain aspects within him. How do you balance that conflict as an actor?

JO: Every character has an inner conflict to a degree, that’s one of the things that makes it fun! I love that this character really takes it to the extreme. I try not to think of Conner’s thoughts, feelings, and actions as categorically heroic or villainous, but as natural responses to whatever the stimulus is that he’s presented with. Conner doesn’t really comprehend what it means to be a “hero” or “villain”. His grasp of good and evil, even conceptually, is tenuous at best! So when I approach any given scene as an actor, I find it’s actually better for me not to think too much about those ideas either.

DCTV: Are you hoping that we get Superman and have Kal-El show Conner the ropes of being part of the Superfamily?

Regardless of whether he actually appears in the show or not, Superman is, of course, a huge presence in Conner’s life and the DC universe at large. I expect as he continues to consolidate his own identity (both as a person and a “superhero”), Conner will turn to the mythos of Superman for answers. In the comics, Clark has sometimes taken Conner under his wing, acting as a surrogate parent or a big brother. In other versions, he’s shown more hostility towards Superboy… He IS a non-consensual clone created by his greatest enemy after all. I’m as curious as you are to see what kind of relationship they might have if Superman were to ever appear on Titans. 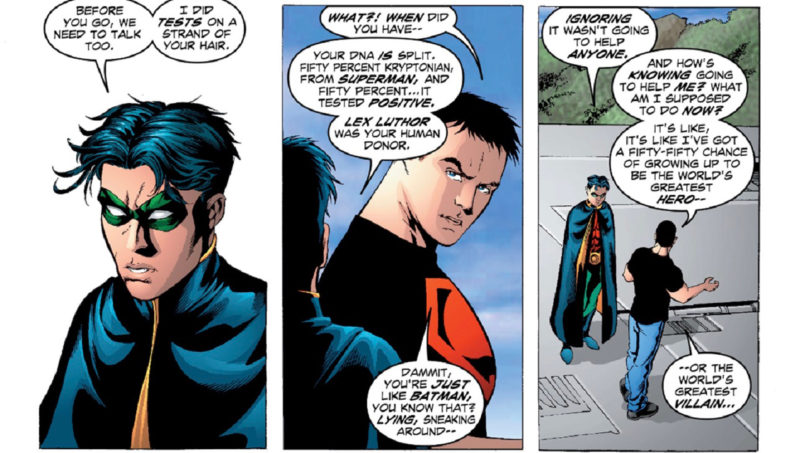 Of course, it would Batman’s sidekick who decides to DNA test Superboy. Photo: DC Comics

DCTV: Adding to the previous question, if Lex were to show up, what do you think Conner’s reactions would be to him?

JO: Well, I suppose Lex is the other side of that coin. I found it interesting that Conner was made aware that he shares Luthor’s DNA from the beginning. So, he has no preconceived opinions of Lex as a person whatsoever, knowing only that he’s “very smart”. I think this leaves Conner more open to Lex’s potential influence on him as a result. I think if they were to ever meet face to face on the show, Conner would tread a little more carefully after his experience with Mercy Graves, but ultimately give Lex the benefit of the doubt. He’d want to hear what the guy has to say.

Read the rest of the interview on DCTV.New to find out Orpin’s answers about how he felt when he first discovered he landed the role of Superboy, how he has made this iteration of the character his own, and how he keeps up the physique required for the role.