The Problem With The X-Files

January 24, 2016: The X-Files returns to television.  I want to believe this will be the start of something fantastic, though I can’t help but feel skeptical.  Honestly, I’ve never thought The X-Files – as a whole – was great.  Sure, there are a lot of truly great episodes and the “mytharc” –  the overall story of the series – is pretty cool, but that can’t save the show from feeling chronically uneven in writing quality.  This makes me fear Fox’s upcoming X-Files revival series.

Those who know me are probably reading this now and thinking, “But JP, you love aliens and military-industrial complex conspiracies,” and you would be absolutely right.  As such, The X-Files should be a shoo-in for a gold medal in my Hall of Amazing Entertainment That Everyone Should Consume (ok, I don’t really have one of those…wouldn’t mind one, though).  So, if The X-Files is all about aliens doing things and governments trying to keep it quiet, why should anyone be nervous for the 6-episode revival?

Because it’s not all about aliens and shady governments.  Those episodes only comprise about one-third of the original series, while the rest are Monster-Of-The-Week style episodes that tend to be either on-par with the quality of the mytharc episodes, or horrendously bad.  If these episodes were removed from the series, it would truly be a much more engaging show.  As it is, I feel myself being very invested in the mytharc episodes since everything that happens has consequences for the characters and the future of the show, only to sit through two to four Monster-Of-The-Week episodes in agony just wanting to know what happens next in the story that actually matters. 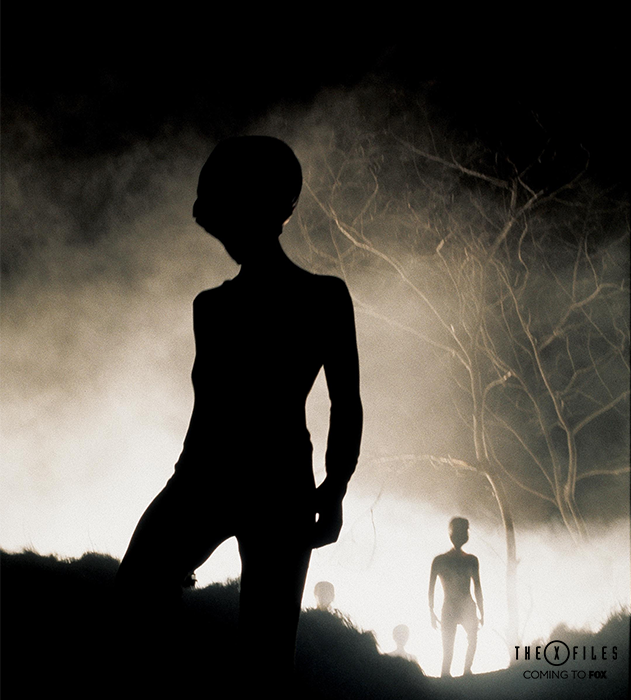 Ok, so if the mytharc episodes are so much better and more interesting, why did they make the other two-thirds of the show at all?  Well, frankly, my guess would be timing.  Remember almost any good television show from the 60s – Hogan’s Heroes, Get Smart, I Dream of Jeanie, etc.  These shows are fun and entertaining, but the overarching narrative is nowhere near as important as “this week’s story.”  If Colonel Klink discovers an underground tunnel, Colonel Hogan and his men find a way to talk themselves out of it so that next week’s episode can always return to the status quo.  Even when Get Smart changed up the premise by marrying Agents 86 and 99 and giving them children to raise, this had very few long-reaching implications so it acts more as a new framing device for pratfalls and sight-gags rather than an integral part of the story.

Now look at popular shows of today.  Programs like House of Cards, Game of Thrones, and Breaking Bad all have intricately connected storylines and subplots which all matter and have consequences in the future.  The X-Files originally premiered in 1993, during a major transition phase for television.  As such, instead of fully committing to one format or the other they decided to alternate between styles and the result is an uneven mess of a series that could have been truly great but must remain in the “yeah, it’s…uh…pretty good” category.

“But JP,” I hear you saying, “the revival is only 6-episodes.  Of course they’re only doing mytharc episodes!”  Well, I would certainly hope so, but given that the last X-Files film from 2008 was a standalone Monster-Of-The-Week movie and one of the revival episodes dons the title “Mulder and Scully Meet the Were-Monster” it sounds like Chris Carter and the gang are far from finished with standalone monotony.  I want to believe the 2016 miniseries will be a refreshing return, but I have to side with Agent Scully’s skeptical nature until the show premieres this January.

If you want to watch The X-Files only for the overarching story, a comprehensive list of mytharc-related episodes can be found here: https://en.wikipedia.org/wiki/Mythology_of_The_X-Files