We’ve always known that Spider-Man’s most important conflict has been within himself: the struggle between the ordinary obligations of Peter Parker and the extraordinary responsibilities of Spider-Man. But in The Amazing Spider-Man 2, Peter Parker finds that his greatest battle is about to begin. It’s great to be Spider-Man (Andrew Garfield). For Peter Parker, there’s no feeling quite like swinging between skyscrapers, embracing being the hero, and spending time with Gwen (Emma Stone). But being Spider-Man comes at a price: only Spider-Man can protect his fellow New Yorkers from the formidable villains that threaten the city. With the emergence of Electro (Jamie Foxx), Peter must confront a foe far more powerful than he. And as his old friend, Harry Osborn (Dane DeHaan), returns, Peter comes to realize that all of his enemies have one thing in common: Oscorp.
Directed by Marc Webb. Produced by Avi Arad and Matt Tolmach. Screenplay by Alex Kurtzman & Roberto Orci & Jeff Pinkner. Screen Story by Alex Kurtzman & Roberto Orci & Jeff Pinkner and James Vanderbilt. Based on the Marvel comic book by Stan Lee and Steve Ditko.

It may sound shallow, but I want to state it first to get it over with: the visuals are beautiful. Cinematography is not always done right, but this movie was able to create a comic-book atmosphere by making everything just seem too beautiful and surreal to be real life. 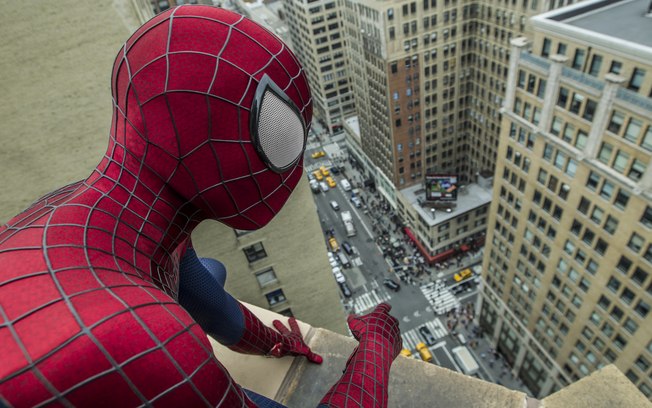 As for the plot, it worked well to delve deeper into Peter Parker’s relationships with Gwen Stacy and Harry Osborn. The love scenes with Gwen are less corny than it’s prequel and shows the conflict Peter faces by being with her despite his promise to her dad to stay away. This way, if and when Gwen Stacy dies (not going to say what happens in ASM2), he will absolutely hate himself for letting her die.

The development of Harry Osborn’s character from friend to foe is natural and doesn’t seem rushed, but still wasn’t given the care and effort that was given in the Tobey Maguire franchise in my honest opinion.

As for Electro, it was an interesting take on the originally loud-mouthed merc. In here, his desperation for a friend and desire to be needed was his main motivation. Either way, it has the same effect as his comic-book counterpart – his goals can be easily manipulated by a greater villain. The Green Goblin’s appearance may have been brief, but it effectively set up the coming sequel(s) for the Amazing Spider-man.

All in all, I preferred the sequel over The Amazing Spider-Man. It shows a lot of promise and has the potential to be a greater franchise than the first trilogy although there’s a special place in my heart for the Sam Raimi trilogy. But let’s hope Sony Pictures can make a third installment that doesn’t completely disappoint everyone.

The Amazing Spider-Man 2 hits theaters on May 2 in America. Writer Don Pham just happens to be in the United Kingdom at the time of this article and was able to watch it ahead of time.