Earlier this year at Comics Creator Conference in Long Beach, I met filmmaker and fellow Chapman University alum (Go Panthers!) Kali Baker-Johnson. He’s also one of the creators for indie comic, “Zahra the Shadow Flame.” I received the first issue of the series from him, and let me tell you, I’m glad he did.

This is a coming-of-age story full of your good-hearted heroics, Middle Eastern folklore, and a bold perspective on the role of women in the Middle East.

“We wanted to create a superhero that Middle Eastern youth could relate to, while also demystifying the Muslim world for the West,” co-creator Rakan Sindi says. “We think we ended up with something really unique.” 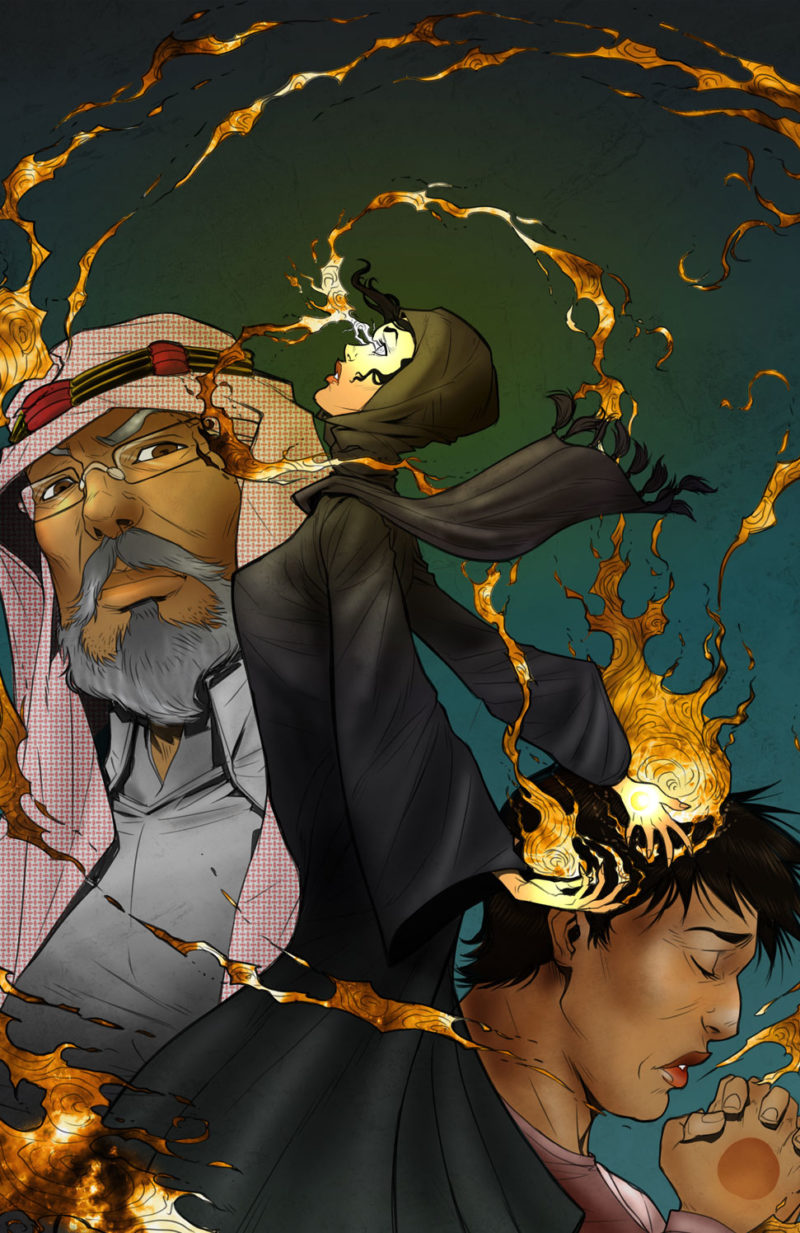 The cover art for the first issue of ‘Zahra the Shadow Flame.’ Photo: Adam Comics

You can read the first issue yourself, FOR FREE, here: https://www.adamcomicsco.com/store/p7/zahra1.html

The comic opens with teenager Zahra Darwesh using her fire manipulation powers to whip herself up an egg sandwich, to which she critiques “I’ve made better.” Her meal is interrupted as her parents arrive home, upset at the mess she has created in the kitchen. Her stern father is specifically critical about her “immodest” attire at home, which he describes as more appropriate for the beach and inappropriate for the daughter of a councilman.

“I’ve got straight A’s, I’m the football team captain. I memorized 12 Quran chapters and all you care about is if I’m “marriage material?”

The pacing in the first issue was perfect and really highlights the creators’ backgrounds as film school graduates. No page is wasted in showing us Zahra’s character, supporting cast, and the conditions a young woman such as herself faces in Jeddah, United Arabia. We see conflict gradually rises throughout the issue from disapproving parents who oppose her wish to explore the world outside their country, militant forces enforcing traditions that prevent firefighters from saving a burning high school full of young women, and ultimately Zahra unleashing the raw potential of her abilities when someone close to her is harmed.

The creators currently have a Kickstarter campaign running throughout the Islamic holiday of Ramadan (from May 6th to June 4th) with the goal of funding issues #3 and #4 to complete the first story arc of “Zahra the Shadow Flame.” Perks include signed issues, a trade paperback of the first four issues, and behind-the-scenes material such as audio commentary from the writers. The perk I’m most excited about is the opportunity to have my likeness drawn into the background of the third issue. You can view the Kickstarter campaign here: https://www.kickstarter.com/projects/zahracomics/zahra-the-shadow-flame-a-comic-series 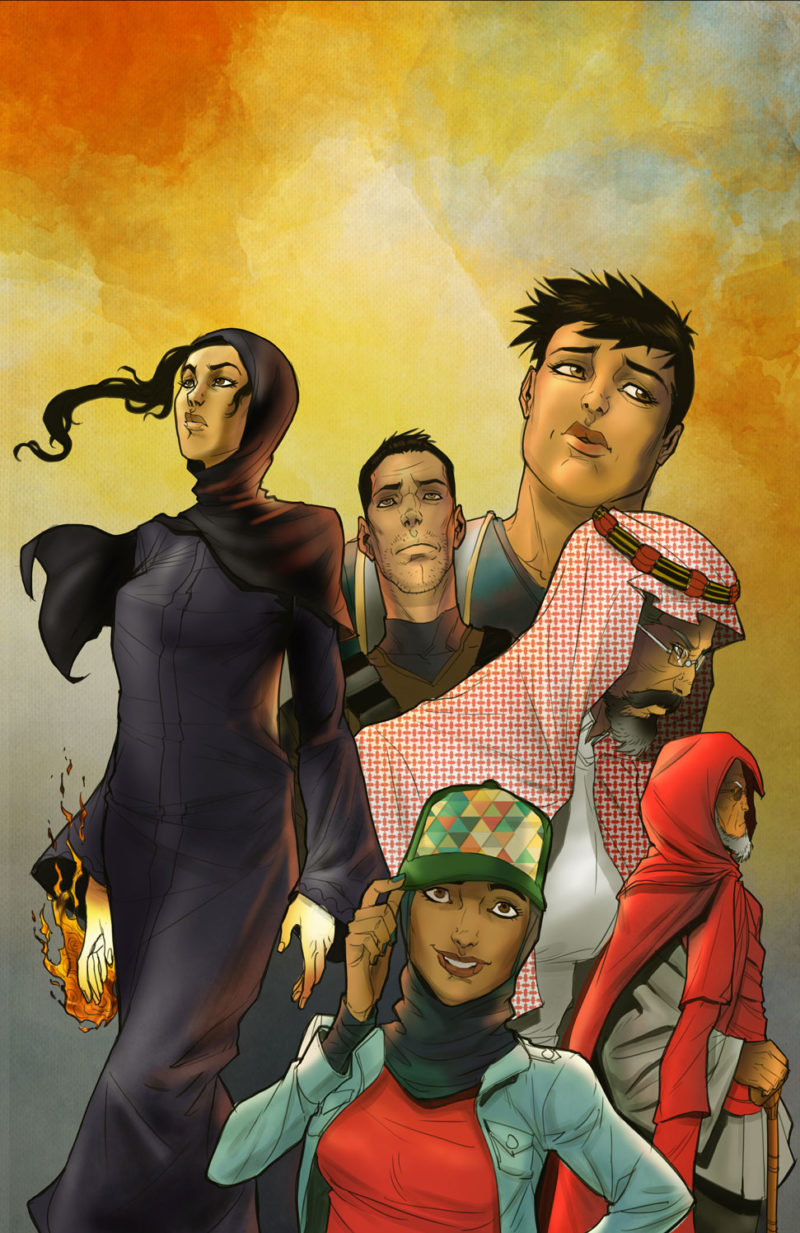 The cover art for the second issue of ‘Zahra the Shadow Flame.’ Photo: Adam Comics

Synopsis of Zahra the Shadow Flame:

Zahra Darwesh is the last in a line of mystically-powered women who are linked to the history of the Middle East and will be the ones to decide its future, a fact she must keep hidden to avoid being hunted as a witch like her ancestors. When an emergency at her high school forces her out of hiding, Zahra is set on a dangerous path into the wilds of United Arabia, a path that will lead her to discover hard truths about herself and her heritage.   It’s a thrilling story filled with high fantasy, sci-fi, social commentary, and good ol’ fashioned teen angst, in the tradition of characters like Harry Potter and Spider-Man. 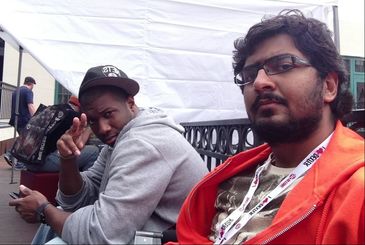 The creators of ‘Zahra the Shadow Flame’, from left to right: Kali Baker-Johnson and Rakan Sindi. Photo: Adam Comics

Founded in 2017, Adam Comics is an online comics publisher devoted to telling fantastical stories that explore how true heroism comes from unexpected people in unexpected places.

Top 5 Moments from the DC FanDome