After Laurel Lance’s death on Arrow last season, fans were treated to a surprise appearance by Katie Cassidy this season not only once but twice.

The first time was in episode 100 which coincided as part of the crossover with Legends of Tomorrow, Supergirl, and The Flash. In this episode, Laurel appeared as a hallucination to Oliver.

The second time was right after the first time (appearing at the end of episode 101 and being a major character of episode 102) as the Black Siren, the villainous Earth-Two doppelgänger. It was revealed that she was freed from S.T.A.R. Labs by Prometheus.

But we’ll be seeing more of her as Warner Bros. has announced that Katie Cassidy will be appearing on the 22nd and 23rd episode of this season as the Black Siren and continuing this role as a series regular for next season. 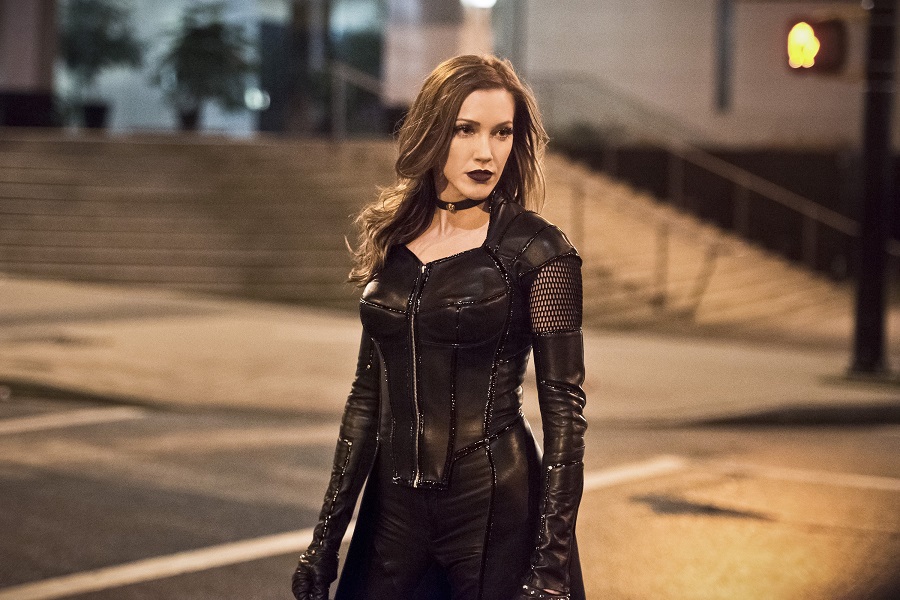 One of the things that most excites us about Arrow is that we go where the story takes us. Last year, the story took us to the tragic death of Laurel Lance. This year, our midseason finale reintroduced us to Laurel’s doppelgänger, Black Siren. We were so taken by Katie’s fearless interpretation of this character that we knew her story was not yet finished. We couldn’t be more thrilled to welcome Katie back to Arrow as Black Siren, though her appearances on Arrow and DC’s Legends of Tomorrow this season show, she never really left the family.

There are three theories that come to mind: (1) Oliver was right about Earth-Two Laurel and that there is good in her, so we can expect to see her as a hero next season (2) Now that Oliver has been broken by Prometheus, he shall come to terms with his dark side to become someone Black Siren can truly love (3) Black Siren is the major villain for Season 6. What do you foresee in the future of Black Siren? And what about Katie Cassidy’s upcoming appearance on

What do you foresee in the future of Black Siren? And what about Katie Cassidy’s upcoming appearance on the season finale of Legends?

John Carpenter, Anthony Burch to Write the Joker: Year of the Villain