Robbie Amell and Rick Cosnett will be returning to making reappearances this season of  The Flash and reprising their roles as Ronnie Raymond and Eddie Thawne, respectively. 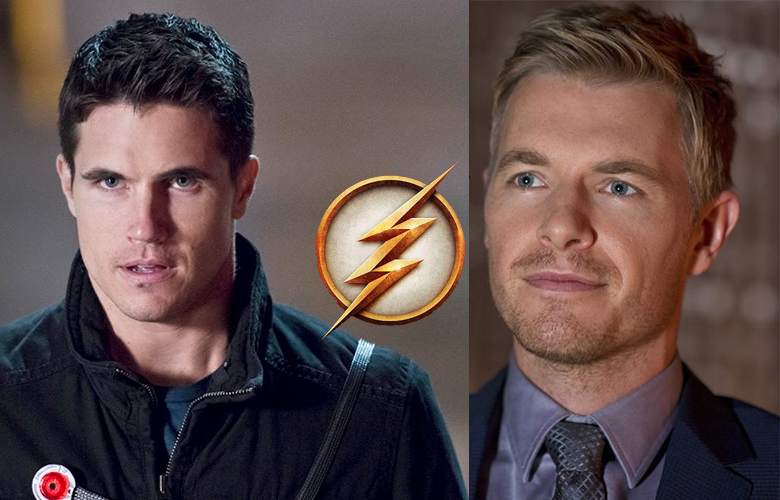 Robbie Amell and Rick Cosnett have been confirmed to make reappearances on season 3 of ‘The Flash.’

As we all know, time and space are things constantly being EFFED UP by Barry Allen on the show as he develops his powers and learns his limits. It’s unknown whether we will be seeing Ronnie and Eddie from alternate timelines, parallel universes, or the real them. If it’s the real them, maybe Barry went back to save them or prevented their deaths. Maybe they never really died? Anything is possible on this show.

Robbie Amell as Ronnie Raymond back in Season 1 of ‘The Flash.’

The last time we saw Ronnie, it was his Earth-2 doppelgänger Deathstorm, who was killed by Zoom. And before that, the Ronnie we all know and love from Earth-1 gave his life to destroy the singularity opened up to Earth-2.

Eddie Thawne heroically killed himself to help the team defeat his descendant Eobard Thawne back in season 1. And last season (season 2), we caught another glimpse of him in an episode that had Barry traveling to the past.

I suspect the God of Speed Savitar will play some part in the reappearances of Eddie and Ronnie. Perhaps he will show all the people Barry and the team have lost to shake things up some more.

The Flash runs back to television screens Tuesday, Jan. 24 on The CW.