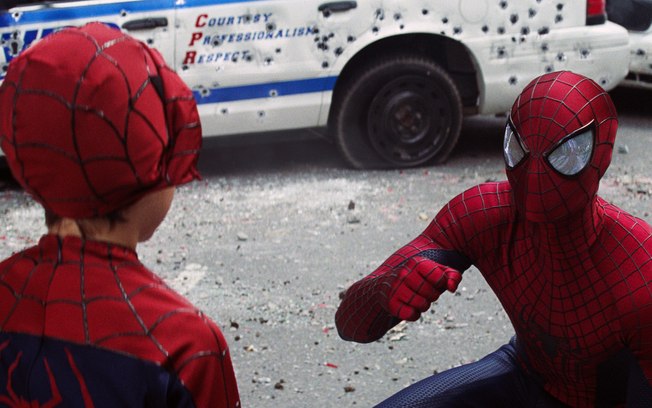 “I went on a date with a girl last week who I met off of Tinder. The date seemed to go great. I took her out to dinner and we got to know each other better. We covered all the “get to know you stuff” during our date: where we’re from, jobs, hobbies, etc. At the end of the date right before she hopped into her Uber, I leaned in for a hug and a kiss and she turns her face and pats me on the back. What the eff? I don’t get it. I know she was physically attracted to me (why else would she swipe right on Tinder), there were no hiccups during the date, and I was a complete gentleman. So this just leads me to conclude that nice guys do indeed finish last. WHY?”

Ahhhhhh, the friend zone farewell. We’ve all been there. Well, actually not me, I haven’t. But I’ve definitely doled out a few back in my online dating days. And let me just start by saying, it’s not because you’re a nice guy. Well, maybe a little bit— but not really, let me explain.

The saying “Nice guys finish last” confuses causation with correlation. Nice guys do not finish last because they are nice. They finish last because they are not interesting (at least to the person that they’re effectively trying court). Being nice (or at least reasonably amicable) is, in fact, necessary to being compatible with another person. Ok, Kat, why then, do guys who are assholes have girlfriends? Why does it seem like jerks have less trouble finding partners than good guys? Good question. The answer is this: because douchebag guys don’t have girlfriends because they’re jerks, it’s because their girlfriends think that their jerk-i-ness (I know that’s not a word, but for purposes of this article it is) makes them interesting. Having moments of weakness (i.e acting like a jerk) is not attractive in of itself, but it may make the guy seem more complicated, intriguing, enigmatic even. The girl does not like the guy BECAUSE he is an asshole- she likes him because his moments of weakness make him (at least to her) more interesting. Also, they probably just have asshole moments – and these moments may fall anywhere on a spectrum of douchebaggery, from fist pumping so hard at a club that he unapologetically knocks over innocent bystanders to drunkenly making out with club skanks in front of his girl. But at the end of the day, he will come back to his girl, head bowed, tail between his legs and apologize profusely and that, my friend, is endearing. Lastly, there’s this: whether or not acting like a jerk will attract a girl largely depends on the girl. Some girls do not like the “I’m a tough guy, douchebag” shit. They shut it down. And it’s because they don’t think it’s interesting. Instead, maybe they’re attracted to struggling artist, living in his mom’s basement and playing weekend gigs at the local bar. See what I’m getting at here?

So let’s go back to your situation. You’ve established a base level of attraction and compatibility with the girl you went on a date with – Tinder made sure of that. You shared a date and it went well. Yay! So why did you get friendzoned? Probably because the girl just didn’t find you interesting. STOP, PUT DOWN THE BLEACH AND LISTEN TO ME CAREFULLY. That doesn’t mean you are not objectively interesting. It just means that from this particular girl’s point of view, whatever you talked about, however you portrayed yourself during the date- just didn’t do it for her. Ok Kat, fine, on my next date I’ll just adopt a more interesting backstory. I’ll make shit up. I’ll be Eminem from 8 Mile, mixed with Jason Bourne, mixed with that Asperger’s dude from Mr. Robot. NO, CONFUSED NICE GUY. YOU MOST CERTAINLY WILL NOT AND HERE’S WHY- let’s just say she finds all of that incredibly attractive and she bites. Are you prepared to speak in affected ebonics for the entirety of your relationship? Did you EVEN watch all the movies in the Bourne franchise?? CAN YOU EVEN PROGRAM, BRO? If you answered no to even one of those questions then already that’s mission failure. Believe me, don’t front – because then you’ll have to continually live a lie and that’s not fair to you or this hypothetical girl we’re talking about. BUT I’m also not saying be your boring old self. Let me give you an example. On a scale of 0 being completely honest and 10 being complete falsehoods – a 10 would be the example I just mentioned: Eminem/Jason Bourne/Mr. Robot combo. A 0 would be “Uh, yeah. I like binge watching shows— in fact, I just finished all the seasons of Silicon Valley in a day and a half. My favorite subreddit is r/wholesomemes. I usually just stick to the front page of Pornhub, but when I’m feeling adventurous I’ll go into the categories section and search facial abuse and gangbang porn.” Okay, now let me give you an example of what a 5 would be. “Have you seen that show Silicon Valley? I really enjoyed it because I’m really interested in start-up culture— I’m a quality assurance analyst at a company called Mint and my friends and I are working on a prototype for a similar app but with better functionality. I met the friends who are helping me with this project on Reddit in the subreddit r/startups. Funny story, one of the people from the subreddit lives in San Francisco and we met up. He actually works as a valet at one of the swingers clubs in the city and he took me there once. I have the craziest story about what happened there.” See what I did? I turned knowledge that you presumably already have and made it INTERESTING.

So now it’s your turn. Make a list of what you like (Mentally, don’t actually write it out. Err, Idk, maybe write it out if that’ll help) and then just spice it up a little bit. Turn your interests in anecdotes, conversation starters. And if that doesn’t work just act like an asshole. Maybe I’m just completely wrong and girls really do just like jerks. In that case, I’m sorry for giving you bad advice.