With “Uptown Funk” still in the Billboard Top 30, Mark Ronson has certainly made a name for himself outside of producing other artists’ albums.  That doesn’t mean he is finished orchestrating some sensational catchy jams for others, though.  What happens when you mix the talents of one of the best modern pop producers with one of the best pop bands of all time? 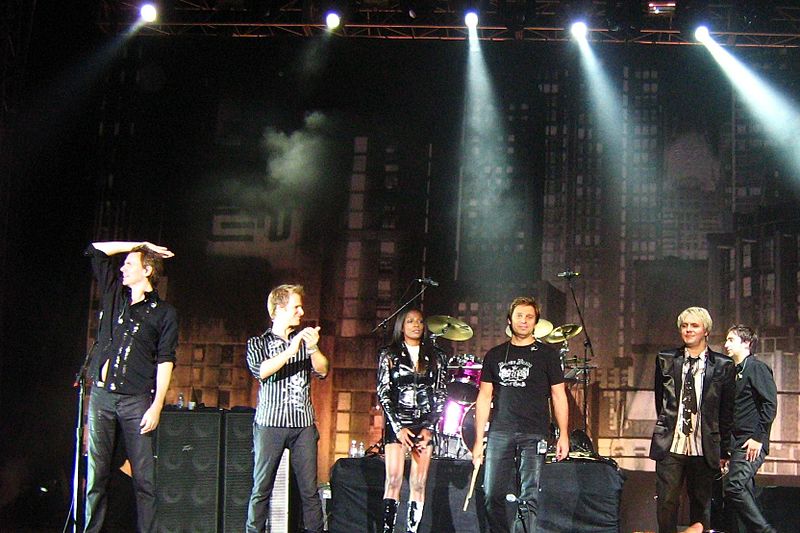 You get 2011’s All You Need Is Now…Duran Duran’s follow-up to their previous disappointing collaboration with Justin Timberlake.  All You Need Is Now was released on an independent label – a first for the pop giants, who were widely considered has-beens by the time of its release – but was so good as to prompt a new record deal with Warner Bros.  Now the world (or at least this music geek) asked again: What happens when you mix the talents of one of the best modern pop producers with one of the best pop bands of all time?

You get 2015’s Paper Gods.  This album sees a culmination of all the best styles and influences of Duran Duran throughout their career and a successful incorporation of modern pop elements and influences.  In short, it feels like a modern pop album but is easily identified as Duran.  Elements of funk, 80s pop, modern pop, dance, and rock all seem to be incorporated at one point or another.  They even manage to weave EDM influences in the track “Danceophobia.”  So, musically the album is quite solid – possibly their best since 2004’s masterpiece, Astronaut.

One of the most interesting aspects of Paper Gods is the tasteful inclusion of featured artists.  While the modern pop and rap scene seems to favor collaborations above all else (save maybe Taylor Swift), it would be easy to overuse or misuse featured guests.  This was certainly the case on the aforementioned 2007 album produced by Justin Timberlake, Red Carpet Massacre, which also featured him on a few tracks.  Timberlake, who’s return to music has been less than stellar, and Duran Duran produced an experimental album with some intriguing ideas, but with few hooks and a rather sterile sound overall – akin to Timberlake’s own recent 20/20 Experience albums.  Paper Gods features a solid seven other artists and not one feels forced, unnecessary, or intrusive.  Mr Hudson, Kiesza, Janelle Monáe, Nile Rodgers, John Frusciante, Jonas Bjerre, and Lindsay Lohan (yes, that Lindsay Lohan) all meld well with the band and have something unique and exciting to contribute.

On the whole, the album is entertaining and engaging the entire way through.  Perhaps that’s why it is currently in the Top 10 on the Billboard 200 – their highest charting album in 22 years – and why it was one of the best-selling albums on iTunes the week of its release, second only to Taylor Swift’s 1989.  Well-worth a listen, check it out!