While we at Dorkaholics have an obvious affection for all things nerd-centric, we also have a keen eye out for the non comic/superhero movies you all need to check out over the next two months.

Pay close attention and be sure to take notes.

It’s been over a decade since director M. Night Shyamalan made a good film. Well, at least according to Rotten Tomatoes.

After releasing two consecutive  critically acclaimed horror films in “The Sixth Sense” and “Signs”, the director graced the front page of Newsweek. In big bold letters, the headline read: “The Next Speilberg.”

While Shyamalan’s next directorial project “The Village” was a critical flop, the film managed to gross more than $250 million worldwide. What many took for a small blemish in the rising film director’s career, ended up marking the beginning of a long, painful downward spiral for the once promising star.

A quick glance at Shyamalan’s Rotten Tomatoes page speaks for itself.

Despite the string of awful films, Universal Pictures decided to give the director another shot with “The Visit”–albeit with a paltry $5 million budget much of which was financed by Shyamalan himself.

The film tells the story of two young children who head deep into the farm country of Pennsylvania to meet their grandparents for the first time. But *gasp* the charming old couple ends up being batshit crazy!

Why should you see this movie? Well, it’s either going to be so awful that you’ll have a good laugh in the theater with your buddies or it will be surprisingly well done. Based on the trailer, it seems like this film will be all or nothing. At the very least, it can’t be as bad as “The Happening.” (I still have Marky Mark and Zoey Deschanel as the worst casting for a couple in cinema history). One thing I do like is the fact that Shyamalan cast a bunch of unknowns, though he likely didn’t have  Meryl Streep bombarding his phone with texts telling him how she just HAD to have this role.

While early reviews for the movie haven’t been terrible, I still would not be surprised if I scrolled through Rotten Tomatoes’ website during the week of the film’s release and saw a rotten rating.

But who knows, maybe the twist in this film will be that it’s actually good?

Look, I’m going to be blunt with you. I will watch anything with Emily Blunt in it.

SEE WHAT I DID THERE?

She’s beautiful and can actually act (I’m talking to you Megan Fox).

I still don’t really understand what this movie is about or have much to say on it other than EMILY BLUNT. 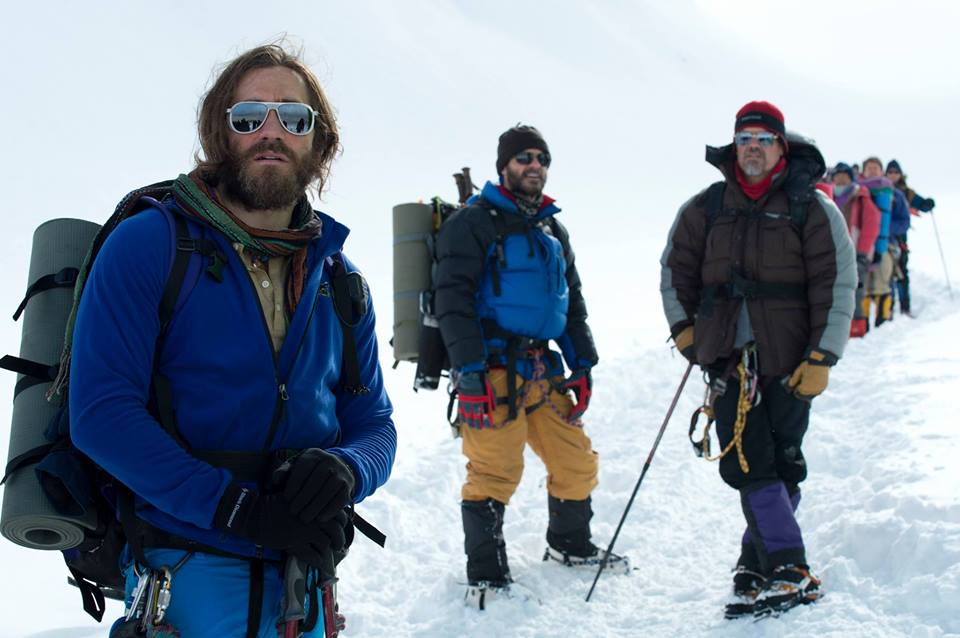 There are several things in life which people do that I will probably never understand.

But most importantly, why do people climb Mt. Everest?

Is the awesome Instagram pic really worth it guys?

In May of 1996, eight members of two different expedition teams perished on Mt. Everest after getting caught in a blizzard. “Everest” directed by Baltasar Kormákur, tells the story of those two doomed expedition groups.

Today, it’s estimated that more than 200 bodies remain left behind on the mountain, a gruesome warning to the dangers of the journey to and from the top of Mt. Everest. For some climbers, many of the bodies have become landmarks to track the progress of their climb.

The incredible story alone is good enough to make me want to see this film. I’d take a well done movie based off a true story over a fantasy flick about an orphan wizard boy with a cool wand any day of the week.

I’m crossing my fingers that this is a good one.

The first time I had ever heard of Tom Hardy was when I saw “Warrior” during my freshman year of college. Despite the predictable plot line of the movie, Hardy shined as the flawed but badass MMA fighter Tommy Conlon. A few years later, Hardy had another memorable role as the villain in “The Dark Knight Returns”.

In “Legend”, Hardy pulls a Lindsay Lohan, portraying the real life twin brothers Ronald and Reggie Kray, who terrorized the East End of London during the 1950s and 1960s. The twins’ gang, “The Firm”, took part in armed robberies, arson, assaults and even a little murder. In 1969, the twins were sentenced to life in prison.

Early glimpses of the film are alluring, especially with the sleek, fast paced look the trailer depicts. I mean, who doesn’t want to see a gangster film with a double dose of Tom Hardy? Written and directed by Brian Helgeland, screenwriter of movies like “Mystic River”, “L.A. Confidential” and “The Taking of Pelham 123”, the film is also sure to have some memorable, well-written dialogue.

This is was the first thought that ran through my mind before I watched the trailer.

The 2013 biopic “Jobs” starring Ashton Kutcher remains one of the best unintentionally comedic films I have seen. I genuinely enjoyed watching Kutcher attempt to act, especially in a shitty haircut and a black turtleneck.

Bill Fernandez, one of Apple’s original employees agreed, calling it one of “the biggest, flashiest piece of fan fiction that there’s been to date.”

However, the cringe worthy Ashton Kutcher flick didn’t have the notable names that the latest Steve Jobs biopic does. With Academy-Award winning director Danny Boyle behind the camera, the legendary Aaron Sorkin behind the screenplay and a powerhouse cast, “Steve Jobs” actually has the potential to be quite good.

Although Kutcher bears a much more closer physical resemblance to Steve Jobs, Michael Fassbender offers the acting chops needed for a believable portrayal of the Apple co-founder. Throw in Jeff Daniels and Kate Winslet and on paper, this movie should be everything that “Jobs” wasn’t.

If you’ve made it this far, you’re probably noticing a trend.

Movies based off real people, places and events interest me.

A movie about a French dude who walked between the Twin Towers  on a tight rope? I’m in.

As someone who was terrified to go on Splash Mountain as a kid (heights freak.me.out.), I feel like it’s a moral obligation of mine to see this film out of respect for Petit’s balls of steel.

Much like my attitude I share with Emily Blunt, I’ll watch close to anything with Bill Murray in it (Garfield does NOT count).

Murray plays a has-been rock manager who discovers a young girl with an extraordinary voice while on a USO tour of Afghanistan with his last remaining client (Deschanel). Murray, desperate to revive his waning career, agrees to manage the girl through Afghanistan’s version of American Idol.

Based solely of the trailer, the film looks funny, quirky and over-the top–pretty much everything you want in a Bill Murray flick.

American DocuPrep Review – Scam or Not