The sophomore album of Madeon, Good Faith, was released November 15, coinciding with the first day of his performances in Los Angeles as part of his tour named after the album.

For Madeon, the concept of the live show and music album ran parallel since the beginning.

“I think of the album as being pretty uncompromising, and very daytime, and the show’s were very much a nighttime interpretation of a lot of that sensibility. So the visual direction, the musical direction, and the structure of it follows slightly different rules from the album. But they feel very complimentary to me,” the recent Los Angeles transplant explained to Complex.

Madeon has found that he could be as sincere and embodied as he wanted this project to be from the success of his Shelter collaboration with Porter Robinson.

“It didn’t have to be a producer project or a vehicle for other people. It could be songs and stories that I wanted to communicate.”

“good faith” is breathtaking. top 5 all time album for me. it’s the sound of an artist achieving what he wanted to achieve for his entire life

“It’s the sound of an artist achieving what he wanted to achieve for his entire life,” says longtime friend Porter Robinson.

The tracks on the album explore one’s emotional journey through life, both good and bad. Song titles such as “Nirvana”, “Miracle”, and “Heavy With Hoping” are just the tip of the iceberg when it comes to going on this exploration of feelings with Madeon.

For fans that are familiar with Madeon’s older works from his hit mix “Pop Culture,” first album “Adventure,” and “Shelter,” his new album builds off his previous music by continuing to deliver upbeat dance elements, further highlighting his range as a vocalist, and thematically diving into his own headspace to create a new world for listeners and show attendees.

After the mass success of his single “Shelter,” he mixed his own “Evil Edit” of the song, changing the original soft melodies to eerie, organ-toned rhythms, before getting to a drop that is truly something new – a dirty, bassy drop that moves listeners and takes them to the dark side.

“This is a version of Shelter I made one gloomy evening, I wanted to corrupt its spirit a little !”

Between that dark “Shelter” and “Good Faith,” I can’t help but imagine Hugo Pierre Leclercq (Madeon’s real name) continuing to explore this spiritual path and fortunately ending up in a better place, more in touch with reality, and better able to express his feelings through music.

Ryan Middleton from Magnetic Magazine says it best, “[Madeon] cemented his place as a producer who can easily glide between pop and electronic music.”

“Miracle” and “Be Fine” are the best tracks on the album. The former opens with his ethereal voice asking for a miracle, before erupting to a series of drum snares preceding my favorite part – a high energy melody perfect for dancing overlayed and led by his own vocals. The latter opens with a piano key that quickly shifts to electronic riffs that slowly amps up any listening before Hugo’s vocals steal the show. The beat here is simply one that gets you moving to the music through the feel-good spirit of the song.

He debuted the Good Faith show on August 3, 2019, at Lollapalooza Day 3, with the scale of the event a critical factor in his decision making.

“I’ve been waiting for the opportunity to debut it that was appropriate because I think it’s a show that really works best at a larger scale. A festival felt like a great place to do that,” Leclercq said.

Behind the Name – Good Faith

Madeon found the two words to be each being individually beautiful and profound, yet still contrasting in spiritual versus casual meaning.

“There’s a superposition there that I felt like captured what I wanted to capture with this, which was enthusiasm for reality, including the trivial,” Madeon said. “And those moments of manic love for reality, where your surroundings, no matter how plain, somehow feel more saturated and colorful and special and magical.”

And now, he uses those two words together as an adjective. 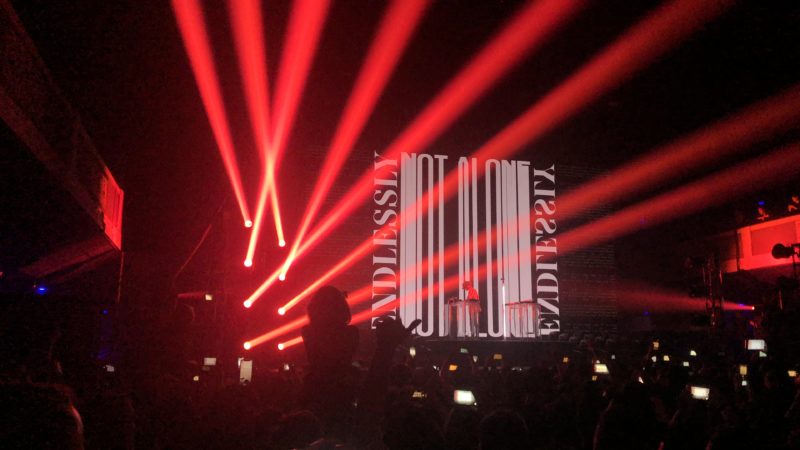 “And I know I’m not alone, you’ll be watching over us” Photo: Neil Bui

“When I use it, it means that it matches the art direction that I built, and the vibe I’m trying to make this era of my career evoke,” Madeon said. “There are things. There are objects. There are terms. There are lyrics. There are melodies. There are places that to me feel “Good Faith.” And that’s how I think of it now. But, I think that’s the reason why I was drawn to that term originally.”

This album comes down to recreating a particular feeling that resonates from beginning to end, which Madeon does so well because of his ability to create distinctively different songs that each feel part of something more.

“I remember I was walking alone, and the sun was a particular shade. It struck me all at once, vividly. It was like a flavor: sounds and sights and smells. I felt impossibly confident and enthusiastic.”

Funky Fresh Friday: ‘The Search for Everything: Wave Two’

The Effects of Coronavirus on Pop Culture