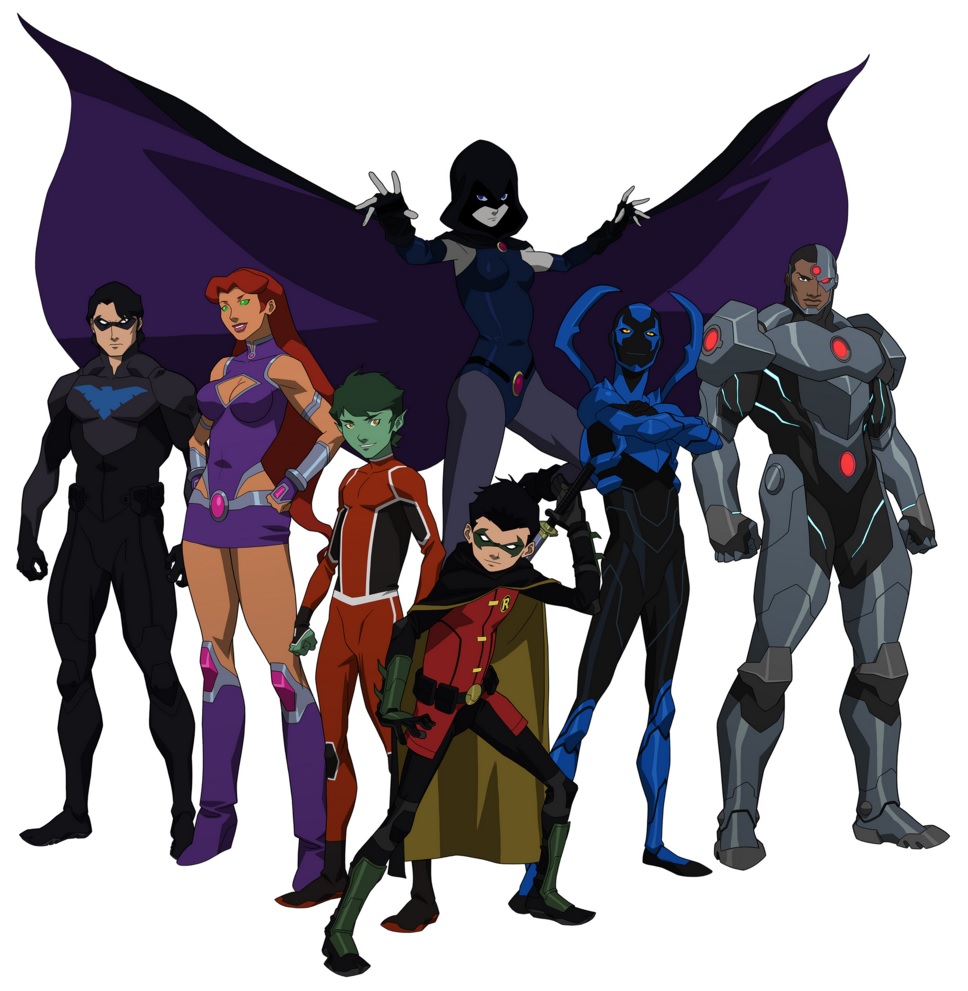 What is up fellow Dorkaholics!! What you see here is the first photo that has been revealed by Warner Brothers on TV Insider. While most other articles have been covering the reveal of the cast and voice actors to build the hype, I’m going to be taking a different approach and going over what I see here in the photo as a whole. And let me tell you, I am beyond STOKED to see the Teen Titans back together since they last aired on TV in 2006 (I refuse to acknowledge Teen Titans Go even if they have their golden moments here and there). But… I have a lot of mixed feelings when I see this photo. For starters, it looks like it was literally copy and pasted from different movies and TV series. You got your Nightwing and Robin from any Batman movie released in the past few years, Cyborg from the Justice League movies, Blue Beetle and Beast Boy from Young Justice (Bless this series, may Trigon allow it to grace us once more in the future), and finally, a less sex object, more I’ll-kick-your-ass looking Starfire alongside what I think is the best looking version of Raven I have ever seen. And while the quality of this photo isn’t nearly as awesome as what Warner Bros usually puts out, case in point, it’ll have to do for now.

One of the things I’m really excited to see is Cyborg back with a younger team; ever since the new 52 came out, Cyborg’s been hanging with the Justice League and put as one of the founding members. While  I don’t have any objections to it, it was sad to see him leave to go out with the older, more experienced, “cooler” crowd. But now that he’s back, it brings another issue up that I’ve noticed in recent trends with Superhero movies lately. That is, the theme of “good vs good”. You’ve got Captain America: Civil War where the Avengers are split up and fighting amongst one another, Superman v Batman, and now another Superhero team fighting another Superhero team. Apparently the plot of this story is centered around Damian (surprise surprise) being sent to hang out at the kid’s table while the adults do their business which eventually leads to the take over of the Justice League by Raven’s evil demon dad, Trigon. Which means its up to Damian and the gang to fight the adults to protect the Earth and save the world from total annihilation.

While the story’s there, I feel like this is just another combination/variation of what the Teen Titans did when they fought Trigon and what happened in Young Justice when (SPOILER ALERT)   But…. let’s face it. Even with my reservations, I’m still probably the most excited fanboy that’s out there right now waiting for this film to come out on Blu-ray and DVD. And when it does, be prepared for a reaction piece from yours truly.

Batman: Last Knight on Earth – What You Need To Know

Three Jokers: What You Need to Know