Lost Carnival gives readers a rare inside look into the life of Dick Grayson before he came to Gotham. This story is told as the events unravel, unlike how flashbacks to Grayson’s early youth are often coming from a place of nostalgia or even regret. This difference in mood allows us to really notice and appreciate the youthful innocence during these times in Dick’s life. 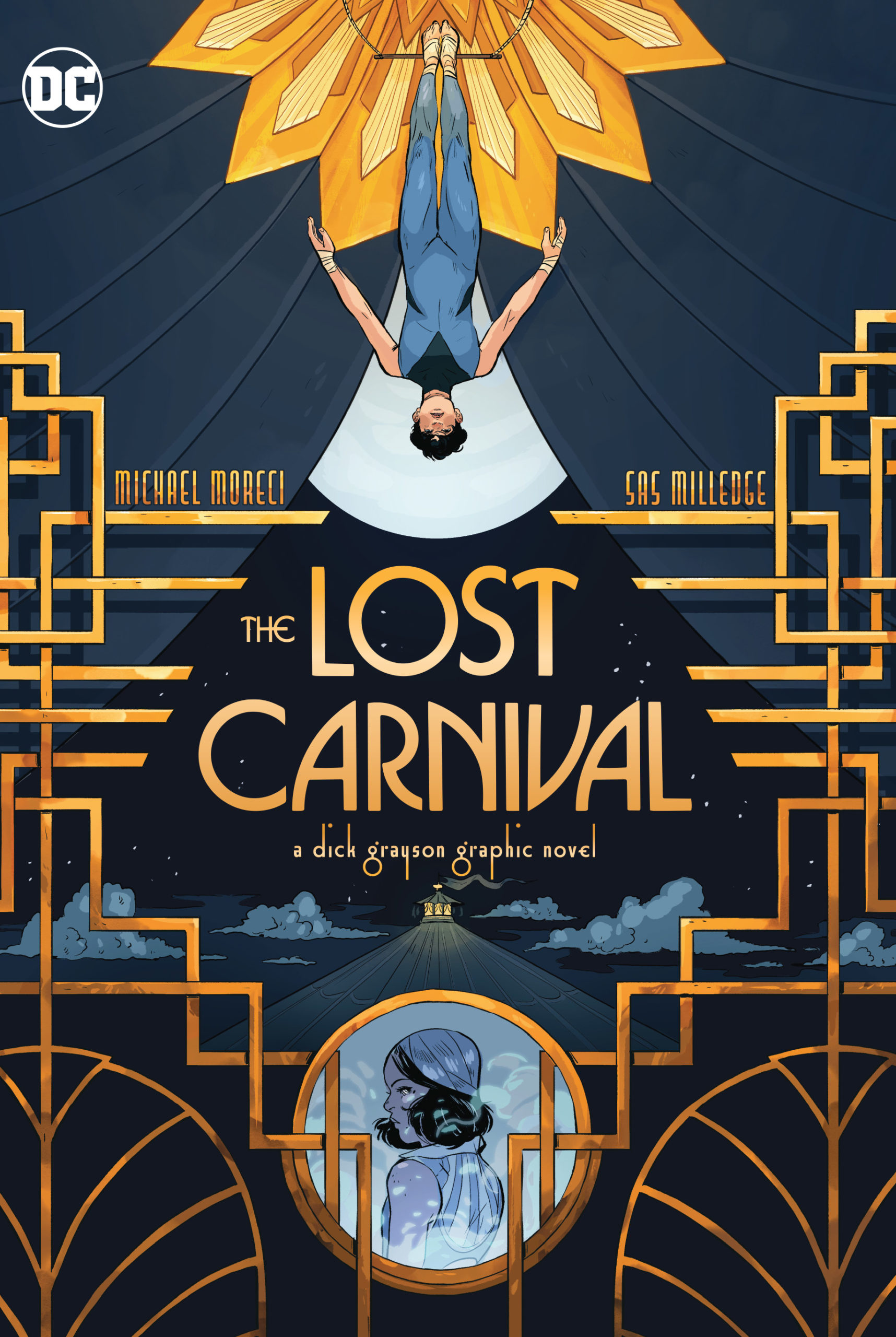 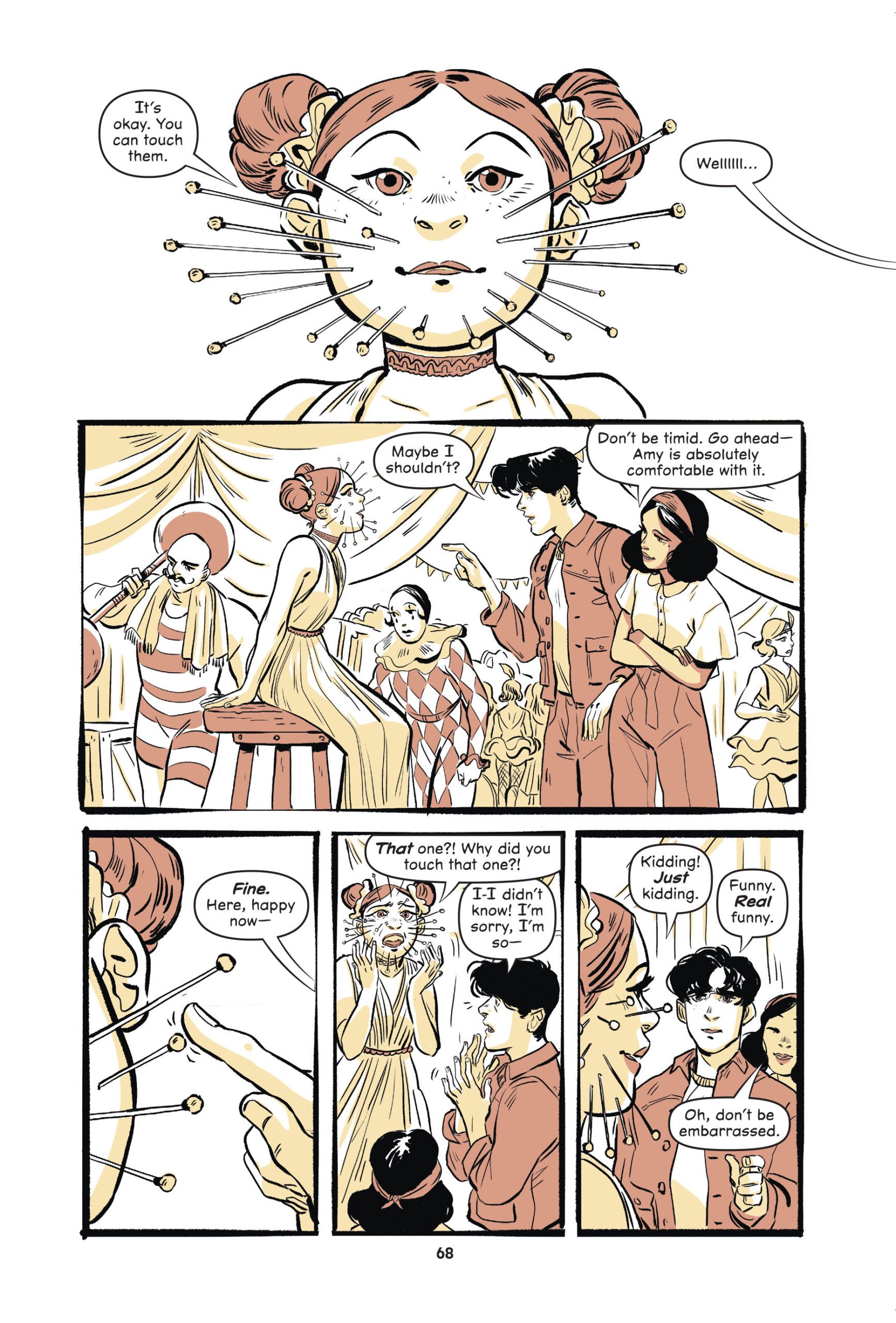 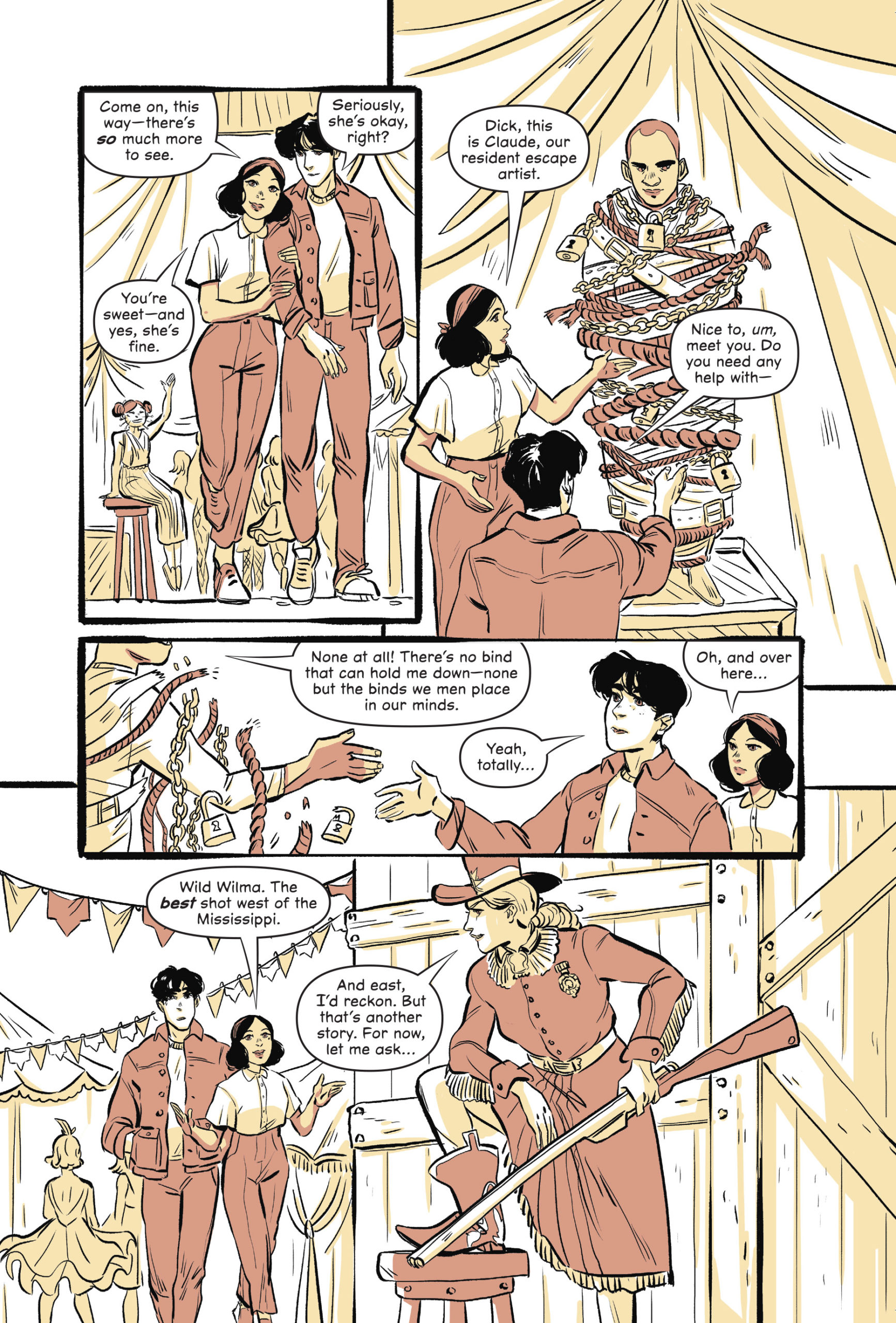 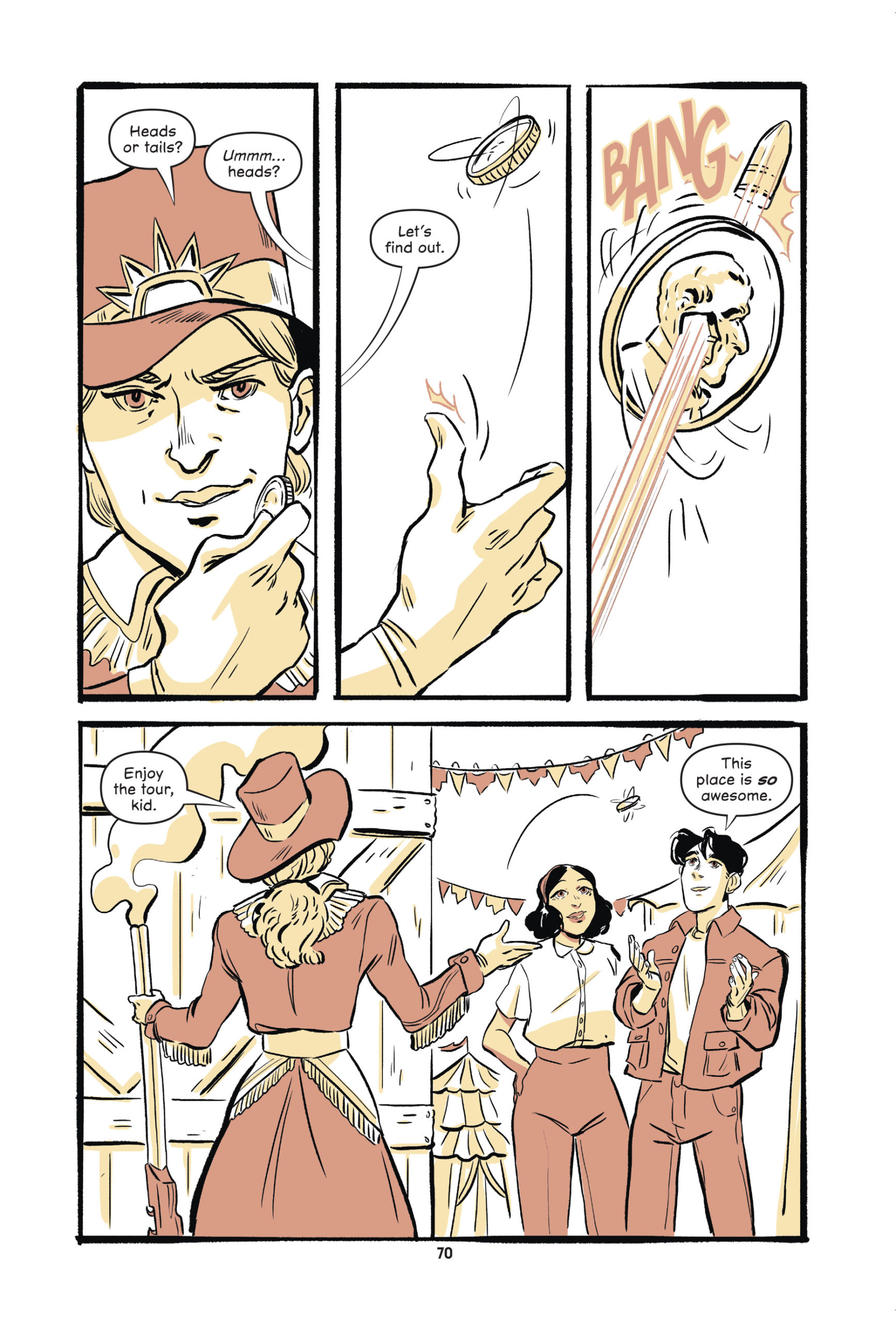 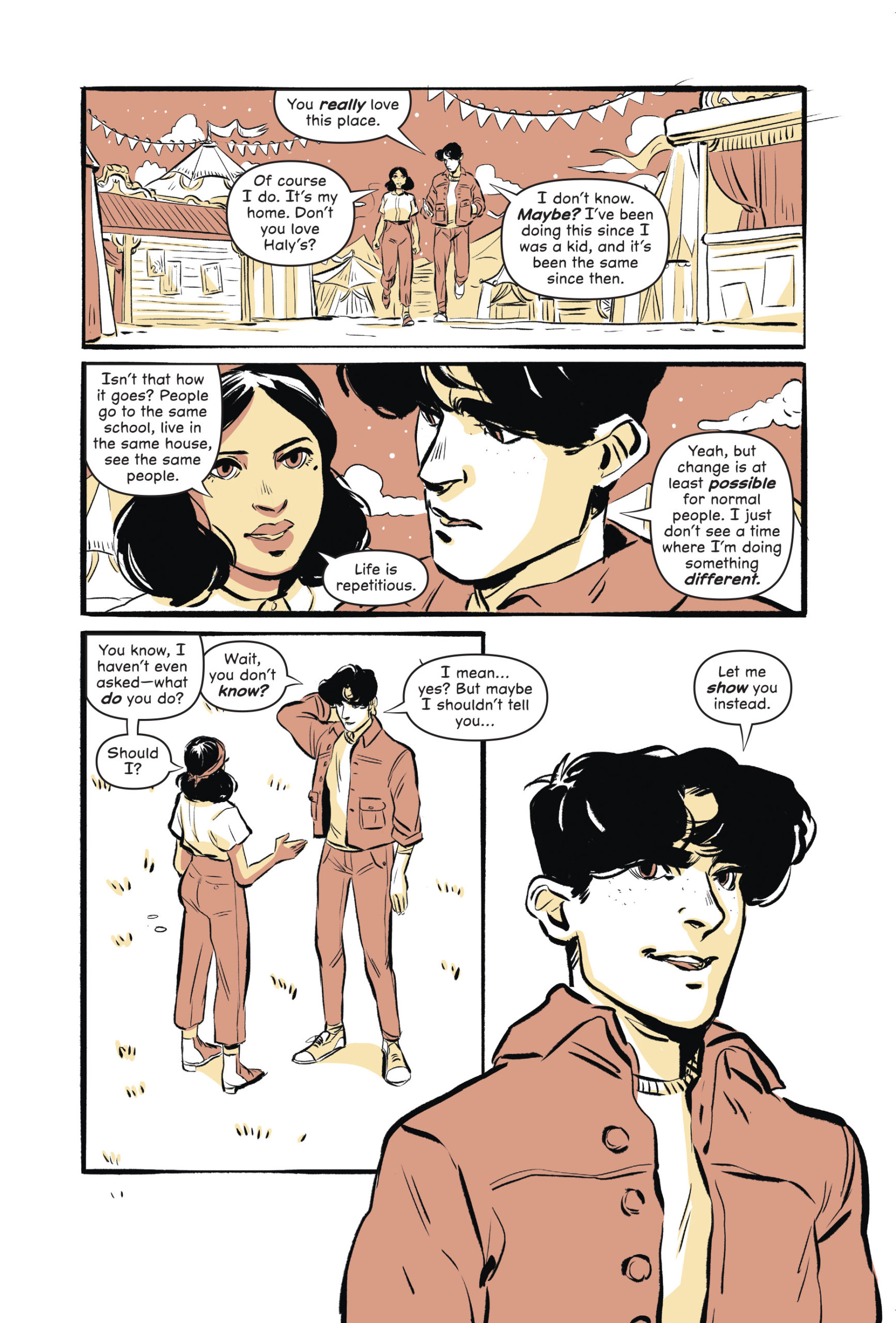 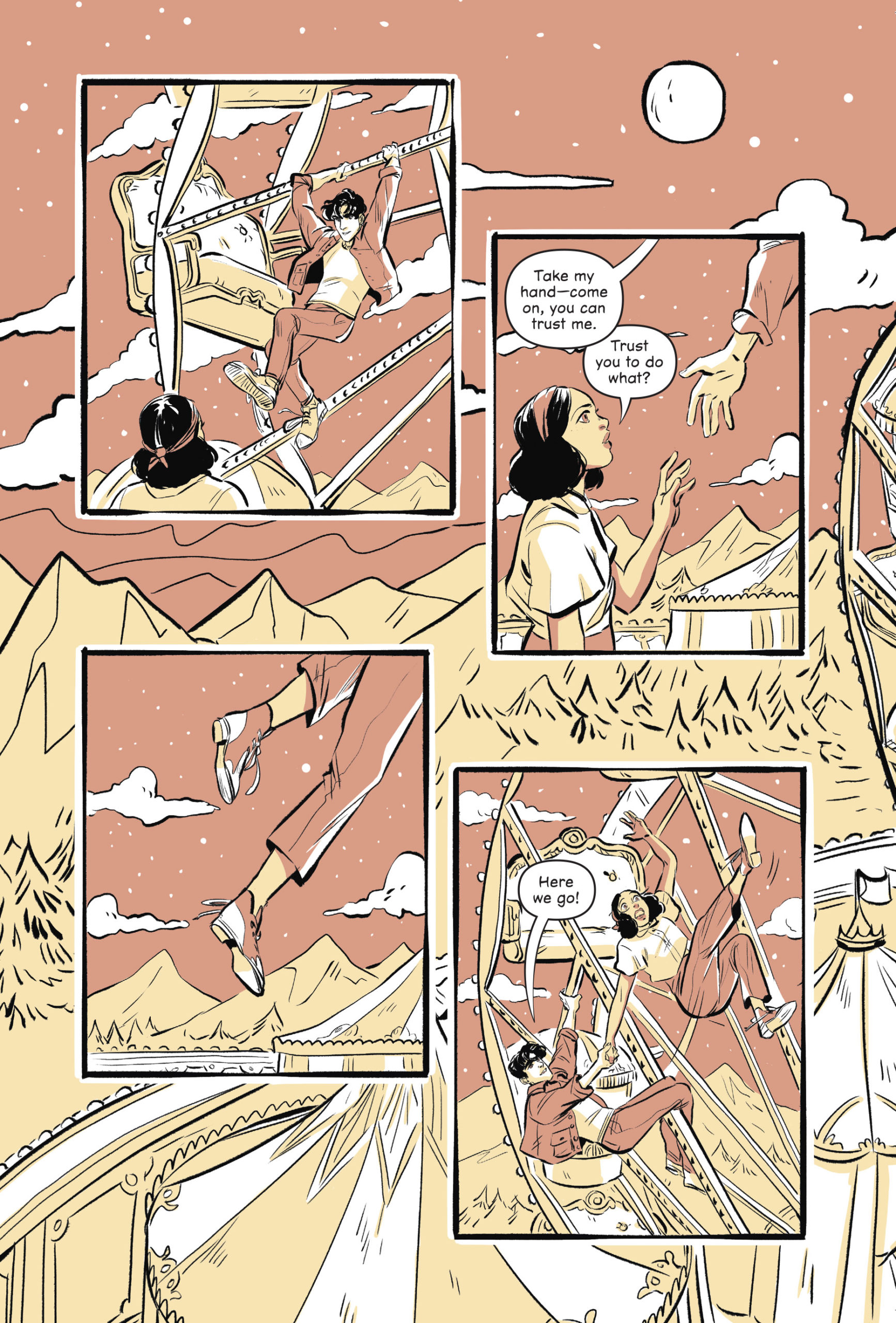 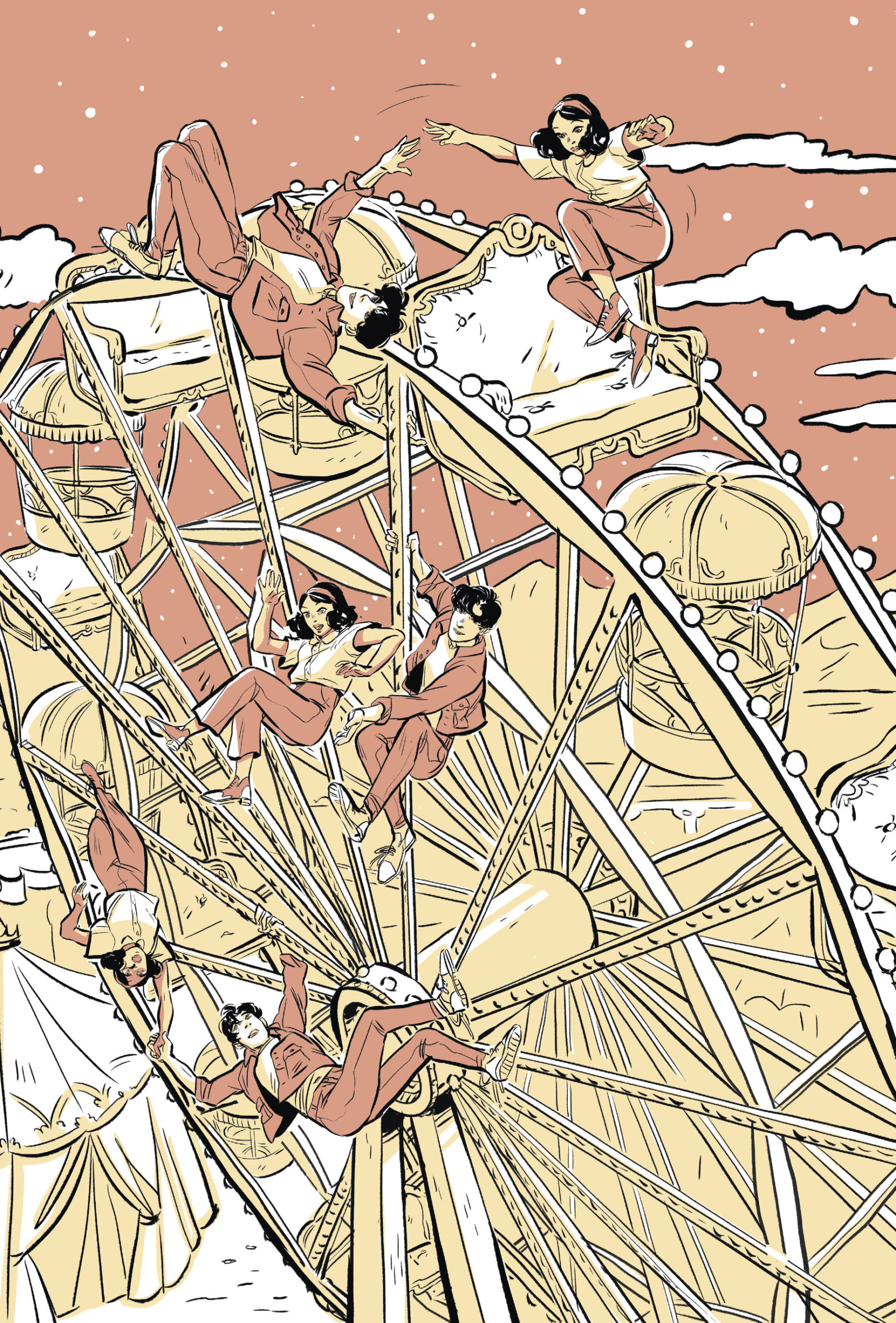 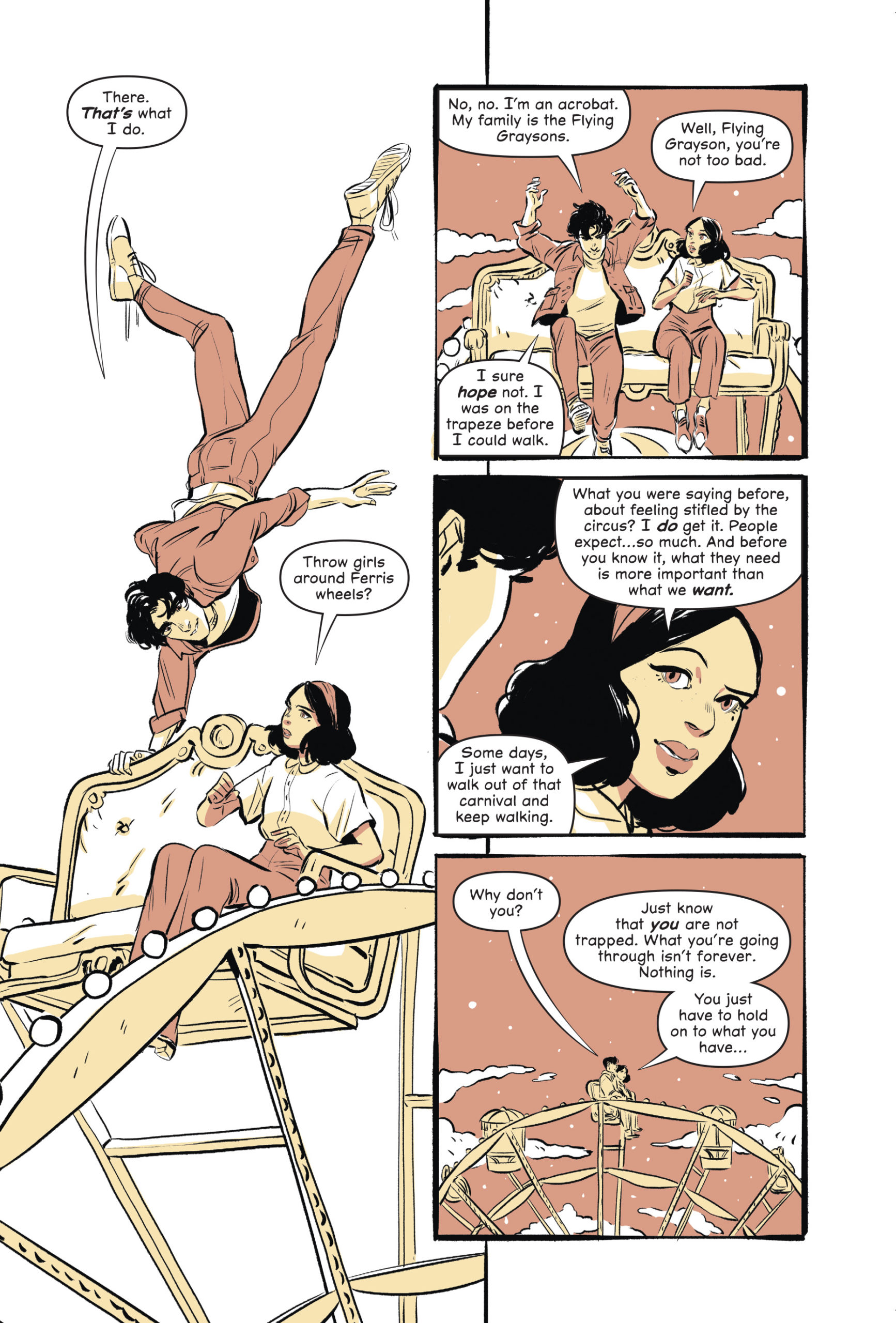 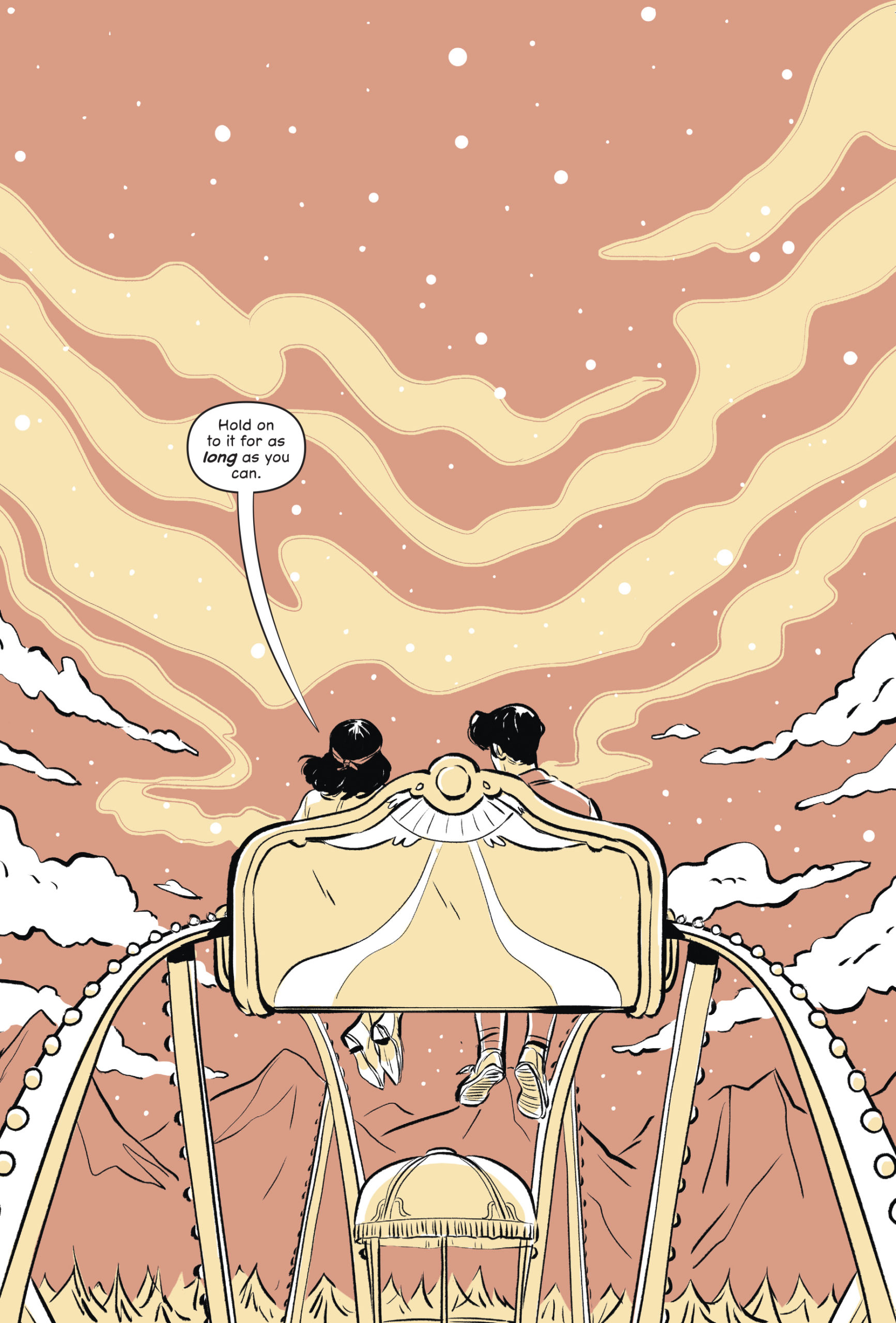 The art attempts to capture the peaks and highs of the acrobatic routines, with text and dialogue going alongside it. While it can be difficult to understand the flow of actions being taken, you progress through the story without having to reprocess a scene too many times to fully understand what just happened.

The story begins during the summer in Cheyenne, Wyoming. Dick looks like a teenager, and he certainly is as he is old enough to drive.

But the main tell is in his teenage angst and a desire to break away from his dull life in the circus to live in the city.

“I don’t want to be here, Dad, doing the same routine for the same bored crowds. I just want things to change.”

But even during a time like this, Dick’s love for his parents shines bright.

“I want something other than circus life. I see my parents struggle — but for what?”

But quickly, as Dick meets a girl from the Lost Carnival, this supernatural story turns into a pseudo-Romeo and Juliet tale.

We see Dick ask her out, and of course, she says yes to the DC Universe’s future most eligible bachelor.

As the story progresses, Dick’s emotions get the best of him as he takes out his frustrations on his best friend in the circus, Willow.

“Home isn’t a place that bleeds you dry, then threatens to kick you out the second you step out of line.”

But his new lady friend, Luciana, is able to give him the right words to think on, in order to properly appreciate the life he was born into and how to make the most of it.

“What you were saying before, about feeling sifted by the circus? I do get it. People expect… so much. And before you know it, what they need is more important than what we want. Some days I just want to walk out of that carnival and keep walking.”

“Dick, just know that you are not trapped. What you’re going through isn’t forever. Nothing is. You just have to hold on to what you have… Hold on to it for as long as you can.”

A one of a kind story featuring one of DC’s best characters, with beautiful illustrations each page, and well-written dialogue. That’s what Lost Carnival is.

Best Easter Egg Moment: A fortune teller reading Dick’s future, “There is a knight looming over your days to come.”

Click here to purchase your own copy of Lost Carnival: A Dick Grayson Graphic Novel.