Wow.  I know I’m a little late to the party on this one, but 10 Cloverfield Lane is surprisingly effective in changing it’s style and tone from that of its 2008 predecessor.  This surprise sequel changes the name of the game when it comes to making new installments in a series that can please fans and new audiences alike. 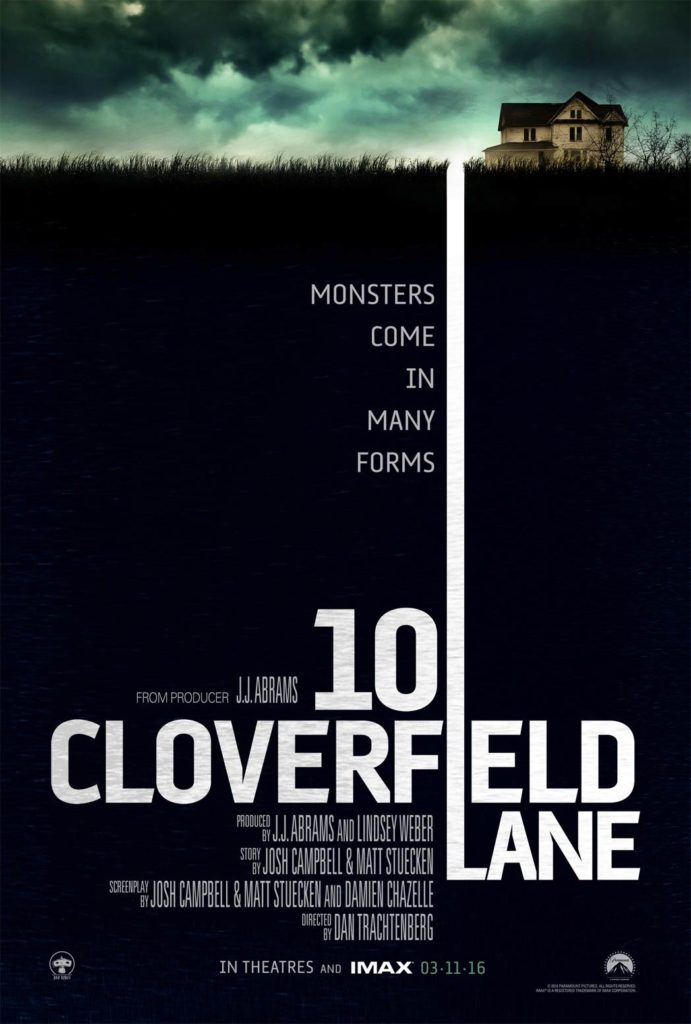 Now, there’s not much I can say without potential spoilers, and this movie is probably best if you go in blind.  So for those of you who still want to see it spoiler-free, I can say a couple brief statements about it:

This works well as a standalone film.  You don’t have to see the first movie to understand it.  At the same time, this should please fans of the original as a satisfying – albeit completely different – follow-up.  It is a great example of perfect casting with John Goodman in particular shining bright, as usual.  I would recommend it if you enjoy suspenseful thriller films and if you’re squeamish about horror movies you really have nothing to worry about – it’s much more Hitchcockian than the first Cloverfield.

Ok, now we’re moving on to spoiler territory so abandon ship now if you don’t want to read about those… 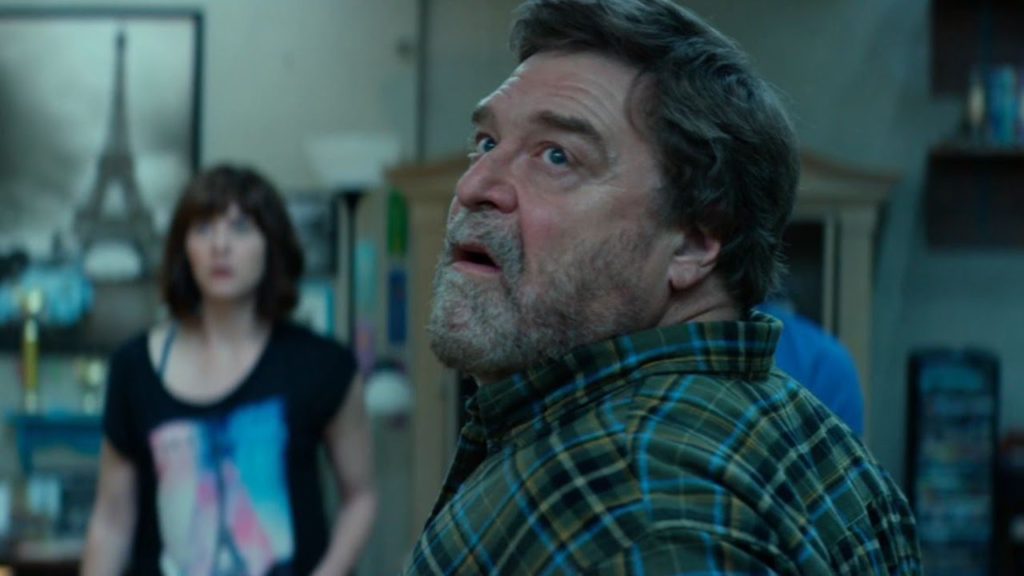 This film is solid.  Those who saw the original undoubtedly remember the found-footage film as an intense (and kind of silly) kaiju/giant-monster movie about a bunch of teens running away from an alien creature attacking New York city.  Well, forget all of that because 10 Cloverfield Lane ditches aliens and monsters for a creepy old man.  Not only that, but the found-footage is dropped entirely.  The whole film revolves around a young woman (Mary Elizabeth Winstead) trying to solve a multitude of mysteries from deep within an underground bunker after she awakens there chained to a wall.  The old paranoid farmer (John Goodman) claims this is for her own good because the world above has been plunged into chaos following a nuclear attack but definitely seems to be keeping some secrets.  And so we delve into the two main mysteries of the movie: What’s the deal with Goodman? and What really happened on the surface?

…and this movie does not disappoint when it finally answers those questions!

I know I said this is the spoiler section, but I can’t bring myself to reveal the ending.  Watch it for yourself and just know I think they’ve done a wonderful job concluding this story and setting up for a potential sequel.  Strong suspense with a big finish. 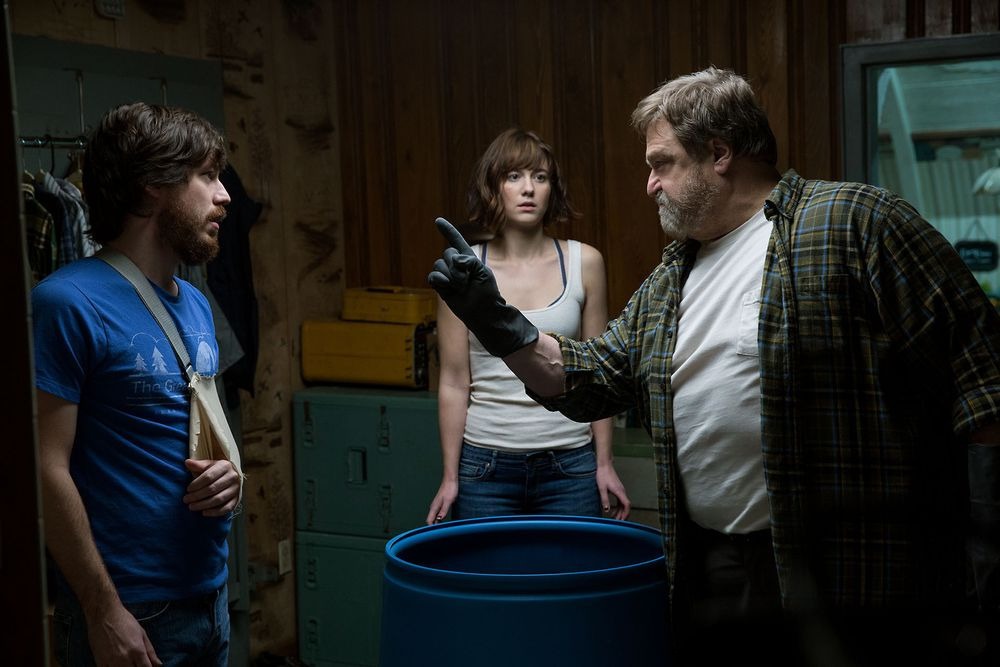 Now the protagonist is played by Mary Elizabeth Winstead, who does an admirable job.  If she and John Gallagher, Jr. were the only actors, we would have had a decent little film.  However, the one who makes the film is unquestionably John Goodman.  His command of tone takes the film from creepy to suspenseful to dramatic to hilarious to disturbing at the drop of a hat.  Some of the most impressive moments come from him delivering intimidating or scary lines in a funny way and delivering peculiar or chuckle-inducing lines in a dead-serious way.  His character is easily the most fascinating, too.  While Winstead and Gallagher receive a few moments for character-building, I never quite felt it was truly authentic – solid acting, but definitely a couple of good actors doing their thing.  I believed Goodman was a psychopath.  I believed he was a caring father-figure.  I believed he was very prepared for the apocalypse.  Goodman doesn’t play a character in this movie – he is the movie.

Oh, and did I mention Bear McCreary’s soundtrack?  Known for composing the music to Marvel’s Agents of S.H.I.E.L.D., The Walking Dead, and the re-imagined Battlestar Galactica, McCreary also has plenty of moments where he steals the show.  From the very opening scene his eerie score sets the tone perfectly to augment the story with a sonic sense of wonder and yearning.  It only enhances the mystery.  I honestly think what makes it so compelling is that it would have been very easy to create a bleak score with generic horror-movie cliches, but there’s something very colorful and melancholy to McCreary’s compositions that keep you invested in the film in a unique way. 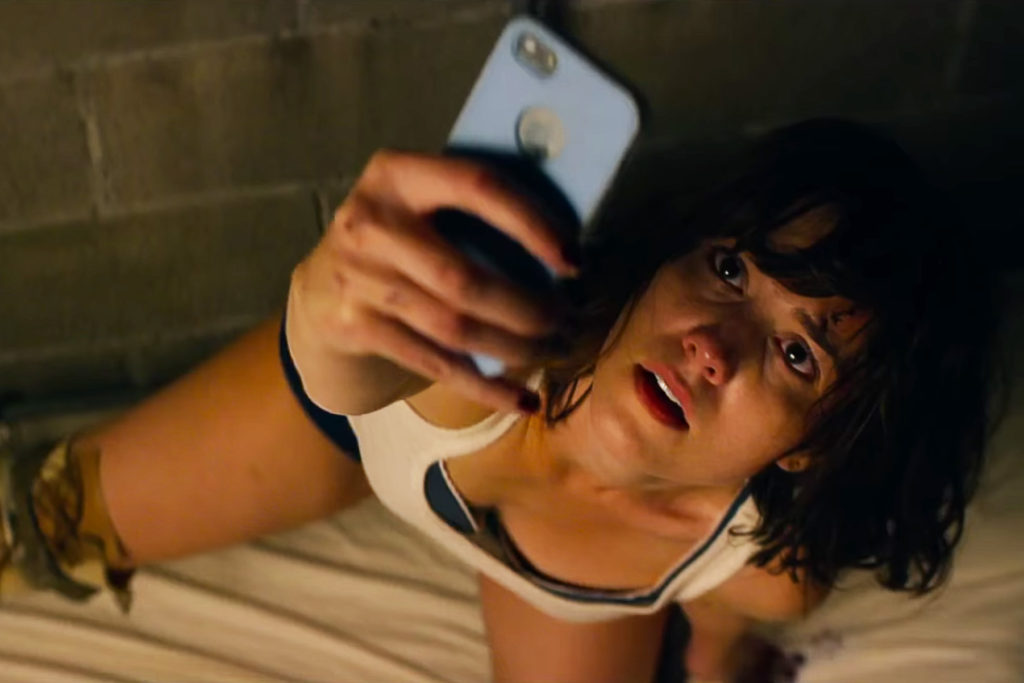 While it can be a little slow at times, 10 Cloverfield Lane is a solid suspense film that represents a clever spin on the idea of what a sequel can be.  It would be interesting to see other franchises develop standalone spin-off sequels like this in the future.  The biggest question at the moment is where can Cloverfield go from here?  Can the third installment – which rumor has it is already in development – find a completely new style of film to use?  It’s left very open-ended so just about anything could happen.  Hopefully we won’t have to wait eight years to find out…

Let us know what you thought of the movie in the comments below!  And be sure to check out the trailer:

American DocuPrep Review – Scam or Not