Cyberpunk may very well be the most underrated sci-fi sub-genre in history.  More than any other except maybe the great space opera, these tech-obsessed worlds swimming in neon and 80s-inspired synth-grooves just speak to me on some deeper level.  I’ve never been entirely certain why this is, but it definitely is a bit of an obsession looking for great cyberpunk cityscapes, video games, movies, and – of course – music.  If you too feel that incessant drive to immerse yourself in some incredible synthwave experiences, look no further than Klayton’s latest musical offering with Scandroid. 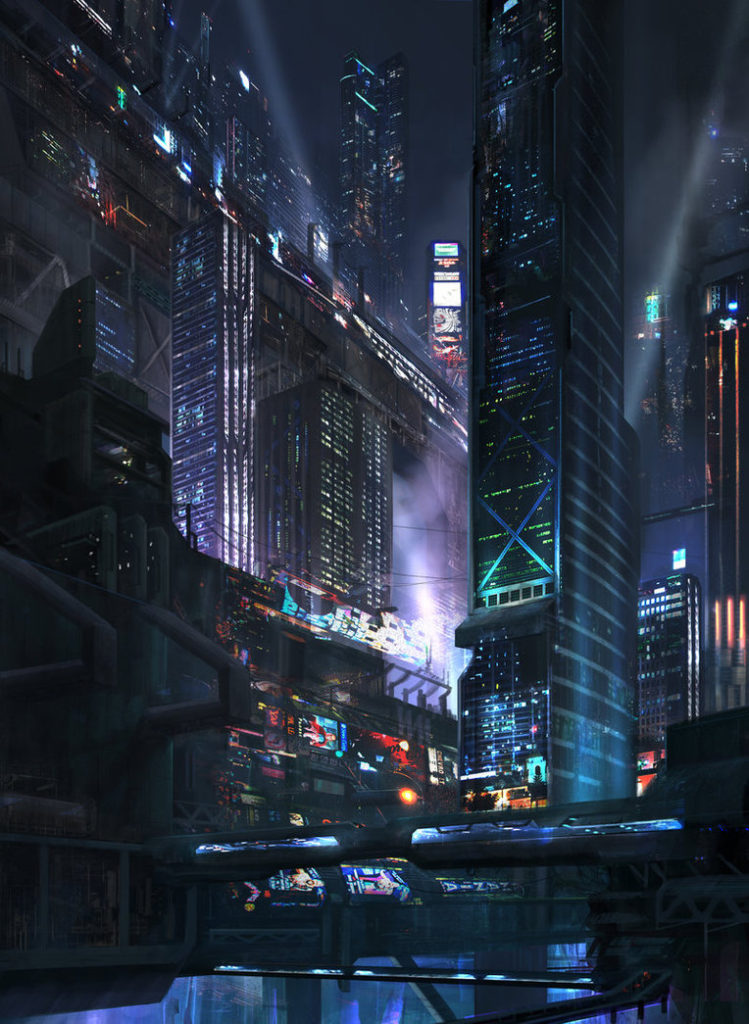 A little bit of background:

Klayton is quite possibly the coolest guy in electronic music.  I know people will always debate, but the sheer scope and breadth of his work is unbelievable.  He’s dabbled in a vast amount of genres and styles, all the while keeping everything sounding fresh and intricate.  In addition to his work as a composer, Klayton now has three main “bands” that he runs – I say “bands” in quotes because they’re all just Klayton in a studio doing his thing, each moniker representing a different style of music.  Circle of Dust is reserved for his industrial metal outings (new album in December, by the way), Celldweller for electronic rock, and most recently Scandroid for 80s-inspired synthwave.

The master himself – Klayton

And now he has released Scandroid’s first full-length studio album.  Not only is it a stellar debut, but it may very well be Klayton’s best work to date.  It’s tough to say for sure, since it seems the guy could pretty much just take a shit and produce gold, but I found myself enraptured by the album almost from start to finish.  With the exception of “Eden,” every track feels meticulously crafted under the watchful gaze of a practiced perfectionist – absolutely the kind of album that gets better with repeated listens where each time reveals a new layer in the miraculous wall of sound.  If you’re not a fan of 80s synthesizers or prefer them in small doses, you definitely won’t have the same reaction.  This is perfect for fans of things like Maxthor or the Kung Fury soundtrack. 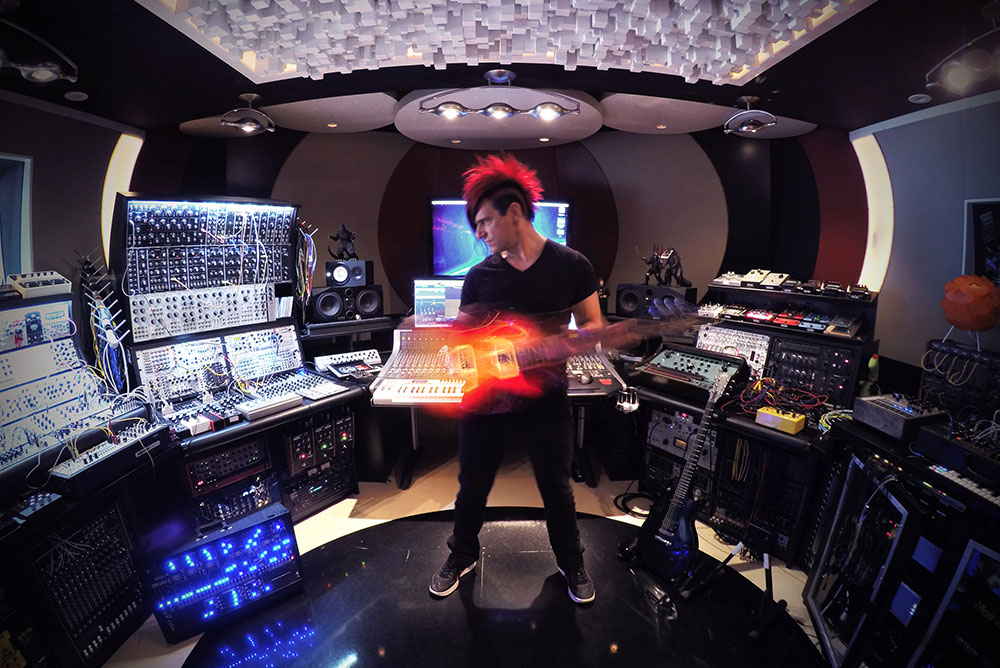 Everything you need to build that glorious Wall of Sound

Lyrically, it seems to be a concept album – also a commonly polarizing trait.  As with many concept albums, a few of the songs here might not make lyrical sense outside of the album’s context.  If you’re someone who really cares about lyrical messages, you should really give the entire album a listen or stick with songs like “Pro-bots and the Robophobes.”  Honestly, even after a couple listens, I’m not certain if there is supposed to be a coherent story in the traditional sense, or if it’s merely painting a picture of a potential cyberpunk retro-future.  Songs like the aforementioned “Pro-bots” and “Eden” certainly seem like there’s at least a general story outline, but it’s tough to say for sure.  In any case, the lyrics will appeal to the nerdiest of technophiles out there as well as fans of existentialism and questions about the ever-evolving definition of the human condition. 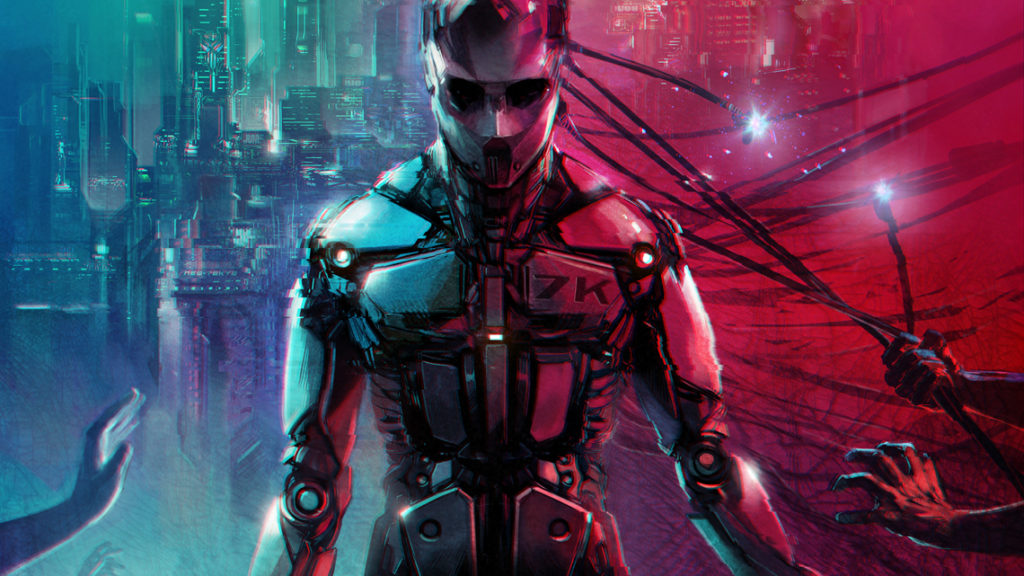 Human or not? I stand with the bots…

Standout tracks have to include “Pro-bots and the Robophobes” (which strangely includes a featuring credit by Klayton’s own Circle of Dust – so technically this is Klayton feat. Klayton…weird), “Salvation Code,” and the instrumental glory of “Destination Unknown.”  Unfortunately, the album still feels a little misguided with “Eden” and the cover of Tears For Fears’s “Shout.”  The former isn’t particularly bad, but it’s easily the most forgettable song that was probably only included to advance the lyrical story toward an acceptable conclusion.  Similarly, the latter is by no means bad, though I’d have to say it doesn’t quite live up to the original Tears For Fears version.  Despite a few new interesting directions for the song, it doesn’t feel quite different enough from the original to excuse its overall blandness.  Still, a pretty cool idea that others may enjoy more than me – and if only two out of fifteen tracks are bland, that means the majority of the album is still excellent. 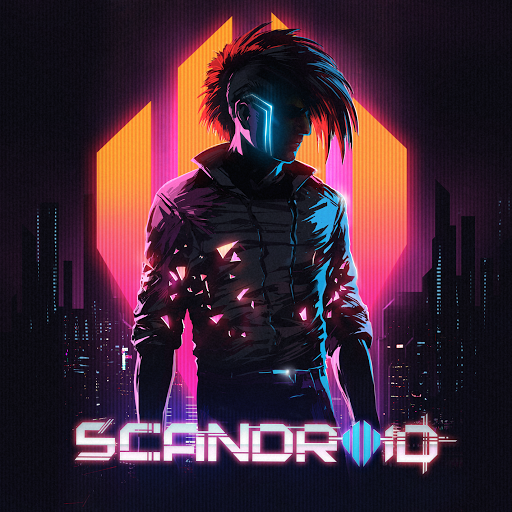 Did I mention basically all of the Scandroid artwork is amazing?

I can’t recommend this album enough.  When I allowed myself to become wrapped up in its sonic universe I felt transported to an incredible neon future filled with technological awe and wonder.  This is definitely the perfect album to have blasting as you fly down the street in your Tron Lightcycle.  If you’re into cyberpunk and/or 80s culture as much as I am, Scandroid is by far 2016’s biggest Don’t Miss musical release.

Listen to Scandroid’s debut album below and tell us what you think in the comments!

In Defense of Howard the Duck…