When the Joke Is That Non-White People Exist

I like to think I have a pretty good memory. I remember conversations with my mom at the ages of two and three that she has confirmed actually happened. But my memories of the TV show King of the Hill are wildly inaccurate. My brain thinks I first saw the show when I was in grade school, but I know this didn’t happen because King of the Hill didn’t begin airing until I was in high school. I also believed until recently that the series premiere was the episode that introduced Kahn Souphanousinphone (Toby Huss), Hank Hill’s (Mike Judge) new neighbor. I could have sworn it was the premiere that showed Hank asking Kahn, “So, are you Chinese or Japanese?” and Kahn’s mounting impatience as he tries to explain that he’s from Laos by way of California. In fact, Kahn wasn’t introduced until the seventh episode of the first season.

It’s possible that I’ve constructed these false memories because of how pivotal the above-mentioned scene was for me. I remember it being the first time I understood that other people out in the world were aware of something that I had thought was my own private experience. Of course, being a U.S.-born kid of Korean heritage, I didn’t have much in common with an immigrant from Laos. It was just the first time that I had witnessed confirmation of anything like a certain aspect of my racial experience within the realm of American pop culture.

“Are you Chinese or Japanese?” was a question I had heard constantly when I moved to a new school for second grade. I didn’t know any of the other kids there and nearly all of them were white. Answering “Korean” or “neither” often resulted in the question being repeated, as in the scene with Kahn. Maybe I remember grade school as being when I first saw King of the Hill because I wanted to retroactively make that a time when I didn’t feel so alone and demoralized, when I could laugh and feel assured that someone, somewhere would have laughed along with me. That scene with Kahn changed “Are you Chinese or Japanese?” from a dead-end, pointless question into a joke, seeming to momentarily drain it of its power.

Since then, I’ve witnessed many different variations on this same joke. One of the more recent examples I can think of is from Iron Fist, where Danny Rand (Finn Jones) assumes Colleen Wing (Jessica Henwick) speaks Mandarin—or more to the point, prefers to speak it with him—even after she’s started talking to him in English while showing little interest in having a conversation at all. Another is Diane Nguyen’s (Alison Brie) Vietnamese American family in BoJack Horseman being presented as so fully assimilated that they have no interest in their heritage. Yet another is how each of multiple characters in Knives Out believes that Marta Cabrera (Ana de Armas) is from a different Latin American country. 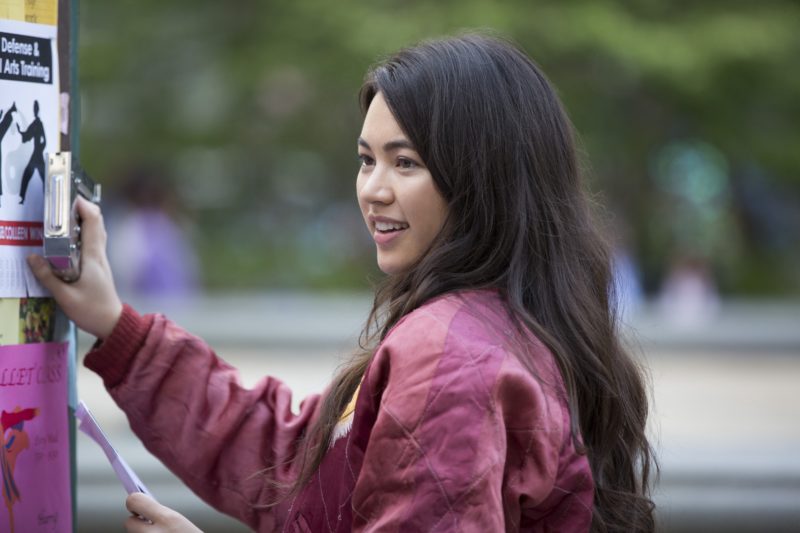 These pieces of entertainment all seem so proud of themselves for these bits that no longer feel surprising, impressive, or subversive to me in the least. Deep down, the joke is always about how non-white people and immigrants exist in complex, human ways. And yes, it’s also about how white Americans don’t understand this. But is that particularly funny? And who is the joke for? It often feels that behind this attempt at lighthearted humor is a white person for whom the entire point is that they really do get it—as if that should be considered special or noteworthy. To put it bluntly, this type of joke now strikes me as a low-effort, low-risk way for white creators to get credit for acknowledging what’s simply a reality for others. (All of the projects mentioned in this article were helmed by white people, and the animated Asian characters mentioned by name were played by white voice actors.)

When I first saw that scene in King of the Hill with Kahn, I remember feeling acknowledged, feeling seen. In the years ahead, though, I would often try to turn my own Asianness into humor, to say I wasn’t really Asian, to roll my eyes at white people who made assumptions about my background as a way of performing for other white people who I thought would understand. Experience and pop culture had taught me that my best chance at being seen as human in mainstream society was to try to appeal to white people who wanted to be in on the joke with me, who wanted to feel proud of themselves for not being like the white people who didn’t get it. And now, I wonder if the real reason why I imagine watching King of the Hill as a young child is because the joke in it made me feel like a young child, made me feel helpless and dependent on those in positions of power in a way that I want to associate with early childhood even if the feeling itself continued for long after that.

When I started writing this, I honestly thought that I was going to make a case for why this particular joke format simply doesn’t work anymore. I thought I was going to unearth a complicated relationship with that scene in King of the Hill, to say that I felt grateful for it when I saw it but that I had mixed feelings about it now. Upon reflection, though, I realize that the situation isn’t that complex. Yes, I was grateful at the moment, and I continued to find plenty about the show enjoyable and funny, but I’m no longer interested in being thrown scraps, mere chances at human dignity. It’s not enough, and it never was.

While it might be overly optimistic to say this, I do think that the continued use of such jokes is a symptom of a crumbling, desperate industry that can only support itself as it is for so long. American entertainment audiences, which are not that white even when you take into account sheer numbers, are getting tired of the uniformity of mainstream American television and movies—as is perhaps evidenced by the massive U.S. box office success of Korean director Bong Joon-ho’s now-Oscar-nominated Parasite, as well as the general uproar over this year’s Oscar nominees lacking diversity overall.

I’m not sure that the moral of this story is that white creators should stop including jokes about how normal, assimilated, or varied non-white people are in their scripts. That probably won’t happen soon regardless of what I think. But my hope is for racially marginalized people—insofar as it’s possible—to not feel dependent on these feeble attempts at inclusion because, in the end, they don’t help us.

Celebrating ‘Avatar: The Last Airbender’ in 2020

Dating for Dorks: Is Dating Asian Girls Just a Fad?