Untangling the “Good Immigrant” Narrative in Knives Out

Rian Johnson’s Knives Out is, on the face of it, a delightful piece of entertainment. Not only is it a fast-paced whodunnit that never quite loses steam, it also implicates the audience by divulging key information early on, giving us the thrill of participating in the movie’s journey with knowledge that isn’t readily available to most of the characters.

Part of what I enjoy about crime fiction is that it often speaks, even if not intentionally, to just how awful upper-class capitalist types can be. Knives Out, for its part, isn’t at all subtle in this regard. The way in which it strives to be unsubtle, however, undoes many of its good intentions.

(Some of what follows could be loosely interpreted as spoilers.)

Marta Cabrera (Ana de Armas) is a Latina immigrant living with her undocumented mother in the U.S. Marta works in a New England mansion as a caretaker for an elderly white man, mystery novelist Harlan Thrombey (Christopher Plummer), who’s found mysteriously dead one morning. As the investigation into his demise gets underway, she finds herself the target of suspicions and accusations on the part of his family.

While De Armas skillfully portrays Marta as a complex person who often feels conflicted, the overall message behind the character is that she’s pure of heart. It’s not enough for her to seem like a genuinely good person and to realistically act in her own best interest by being nice to those in positions of power—Marta has such a visceral aversion to untruths that she vomits whenever she tells a lie. This reflex is played for humor, but is also slotted into a narrative of superhuman immigrant morality that eventually heads in the direction of suggesting good immigrants of color will be rewarded by good white people, an idea that made me feel a little queasy myself.

I’m disturbed that Marta’s virtue is laid on so thick, as if someone feared that an already likable character wouldn’t otherwise appeal to (white?) American audiences. I’m additionally disturbed that the promotion of the film backgrounds Marta, as if her turning out to be central to the story is some kind of ultimate “gotcha” or joke. In the meantime, it has to be said, Chris Evans, a conventionally attractive white man, has thrown on a beat-up sweater, played a petulant man-baby—Ransom Drysdale—who literally tells other characters to eat shit, and made hordes of people swoon. (Notice that the linked Esquire article takes the time to note several other actors in the film but doesn’t even mention De Armas, who unequivocally plays the main part.) Which, okay, fair enough, but I would have liked to see Marta, even as the generally sympathetic protagonist, have license to be less well-behaved herself. This would have been fun. We could have talked about her sweaters, too. 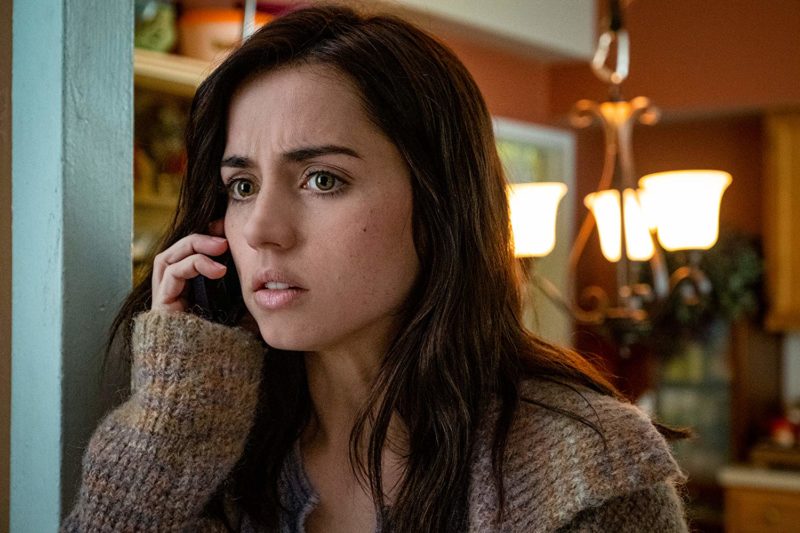 Marta (Ana de Armas) in Knives Out. Yes, I understand this isn’t the same as a disheveled cable-knit, but I’m just trying to make a point. Photo: Lionsgate

Knives Out still has the makings of a clever and enjoyable film. It’s worth seeing and it’s great to see Marta at the center of it. De Armas initially declined to audition for the role upon reading its limited description and assuming that if they wanted a “pretty Latina caretaker” character, it wasn’t going to be a major part. That she assumed this and it turned out to not be the case makes the film notable in challenging expectations. But it also says something extremely bleak about the state of representation in Hollywood, a state that frankly allows Knives Out to get way too much credit for its mediocre and often misguided politics.