Last week, the Washington Post published an opinion piece by former presidential candidate Andrew Yang. The article shares his personal experiences with racism in this time when Asian diaspora populations worldwide are seeing an uptick in harassment and hate crimes due to fear-mongering that associates us with the COVID-19 outbreak. He goes on to suggest that in order to combat this danger, we should volunteer, help others, and… uh, wear red, white, and blue? In essence, he suggests that we should advocate for our humanity via performative patriotism.

The backlash, thankfully, has been swift and mighty. A Reappropriate article summed up why anti-Asian racism is a systemic issue that respectability politics won’t fix. Comedian Jenny Yang made a video of herself ostensibly following the terrible advice by holding a “Honk If You Won’t Hate Crime Me!” sign by the roadside and handing out Clorox wipes. Actor Simu Liu declared, “Our community unequivocally rejects this piece.”

Clarifying tweet: I wholeheartedly support the idea that all of us (human beings) step up in this time of crisis and do our part. Andrew's angle is, however, horribly misguided and tone-deaf.

I know he can and will do better in the future.

The way Asian Americans, including some former Yang supporters, have collectively reacted to Yang’s proposal is encouraging because it shows that many of us have little interest in supporting his stance on this issue. But we should also recognize that his attitude isn’t just harmful to us; it implies a lack of solidarity with other people of color, including non-Americans in the country who are affected by the same wave of racism, such as Asian exchange students. Even if his proposal worked, it would only work for Asian Americans, and a limited number at that, as it’s predicated on bettering the optics of Americans perceived as East Asian.

Besides this, he gives the false impression that the racial hatred and suspicion surrounding the virus is a problem in a vacuum, that there is a “normal” to which we can or ought to return. Again, even if this were true, simply working to repair this one issue without acknowledging the system that cultivates it would be a slap in the face to other marginalized groups, especially considering that many non-Asian people of color have shown support and concern for us during this time and that many mixed-race Asians belong to other non-white racial groups.

It would also be a failure not to acknowledge that, while Asian Americans being singled out with regard to this virus is something of a special case, those who deal with more severe routine discrimination are experiencing extremely heightened effects of that discrimination right now. For example, Black Americans are dying of COVID-19 at disproportionately high rates, almost certainly due to underlying social factors such as environmental racism and discrimination in medical situations. 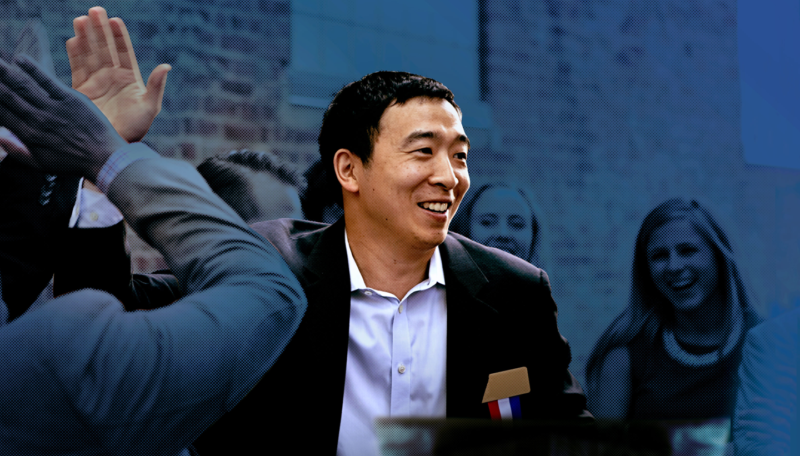 Additionally, we should recognize that Andrew Yang is dangling American-ness as a prize. Some social media users have pointed out that Asian Americans shouldn’t need to prove our American-ness, which I agree with insofar as this is a real quality that exists. But it isn’t. Being authentically American has always been defined by adherence to standards created by and favoring white people. Being accepted as a valid American cannot help but be a white supremacist concept. While Yang doesn’t actually say that we need to appeal to white supremacy, it’s clear that on some level this is what he means, even if he doesn’t realize it.

Why, after all, would someone need to prove their American-ness, unless someone else already has a clear idea of what it means to not be American? Who exactly would we be trying to sway by proving our American-ness, if not white racists? And if we counter Yang’s suggestion by insisting that American-ness is already ours, what exactly are we claiming?