Ye who dare complain of “unnecessary” superhero movie sequels beware – you could be watching The Huntsman instead!  While certainly not awful, The Huntsman: Winter’s War, the standalone prequel/sequel to 2012’s Snow White and the Huntsman is the very definition of unneeded.  Still, it’s entertaining enough…I suppose… 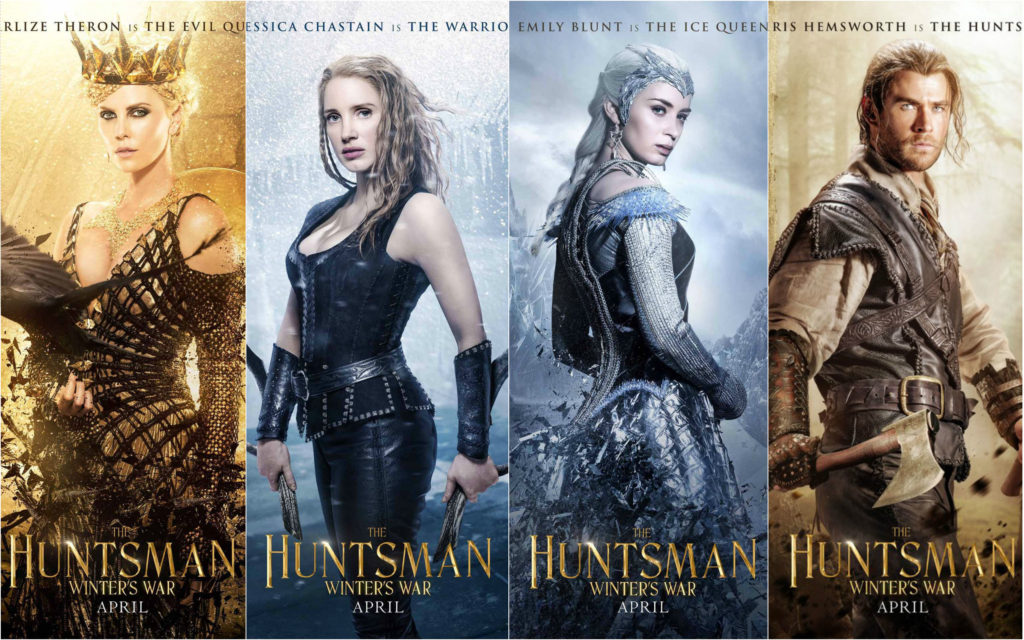 Here’s the thing: Huntsman very much feels like Universal realized all their movies suck and they need to raise money to make better ones, so they commissioned a sequel to a fantasy film that did pretty well (despite mixed critical reception) and said “Put in 300% more Chris Hemsworth.  Make him bigger, better, dreamier.  Oh, and bring back Charlize Theron because she’s pretty and apparently people liked her too…”  It’s a sticky situation for the creative team, but for what they were given I think they did a decent job.  The whole film is a joy to look at – set design, special effects, costume design, and even casting all contribute to a beautiful-looking film.  I’d actually recommend the film purely on its visual aesthetic if you’re just looking to kick back and watch something pretty. 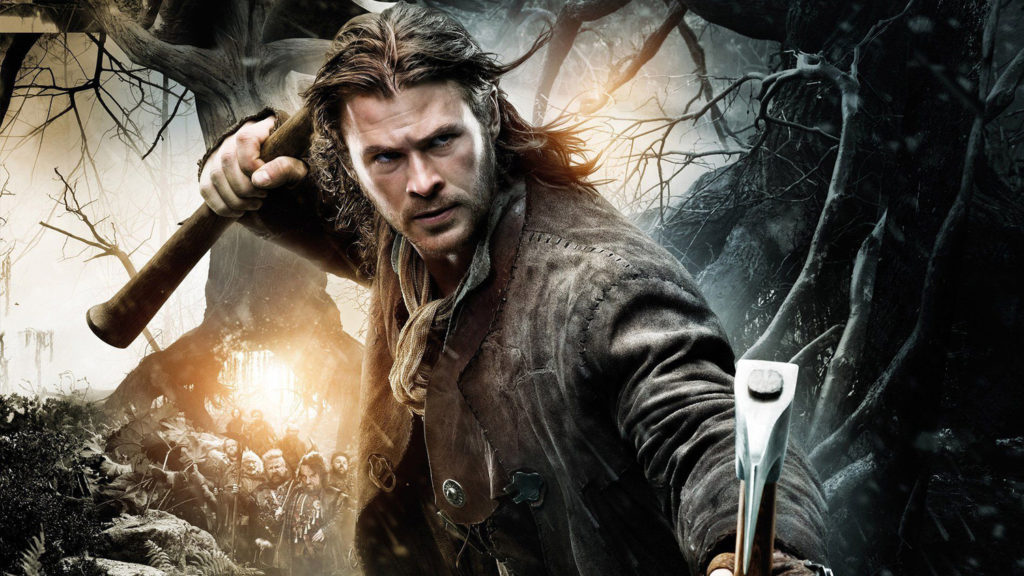 The music is pretty great, too.  It’s hard to go wrong with James Newton Howard, but this actually stood out above the rest.  In our Post-Blockbuster-Hans-Zimmer world of subtle, inoffensive film scores designed to put the audience to sleep with their musical blandness, it is a rare day for me to notice and admire the soundtrack on a first viewing.  Howard wrote a genuinely big, bombastic, romantic score that really carries each scene forward.  It’s no classic, but it’s a much-needed breath of fresh air in a world of sort-of musical “BWAAAAAAAHS.” 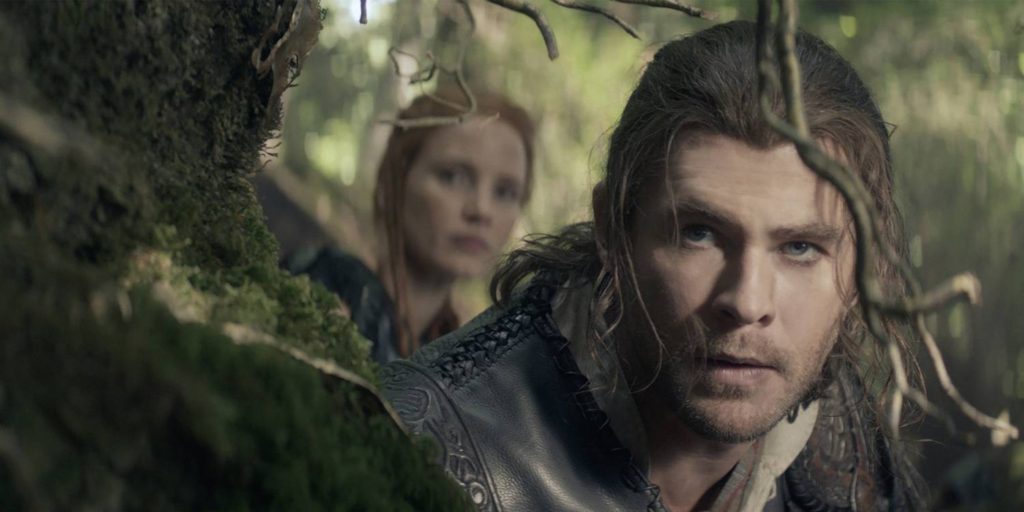 Storywise,The Huntsman: Winter’s War is…ok.  It’s your typical high fantasy cliched love story with an evil witch who hates the lovers because…um…reasons.  Actually, that’s probably the worst aspect of the film.  Much like Batman v Superman no one’s motivations make any sense.  Hell, the whole plot only begins in the first place because the Emily Blunt’s character has a baby that is later killed.  Naturally she realizes if she can’t raise her child, she’ll raise an army of children instead – I mean, it’s only the first thing anyone would think to do!  And, yes, it is a literal army.  She kidnaps kids, trains them to be warriors, and tells them love is a lie.  I mean, come on, we all know that person! 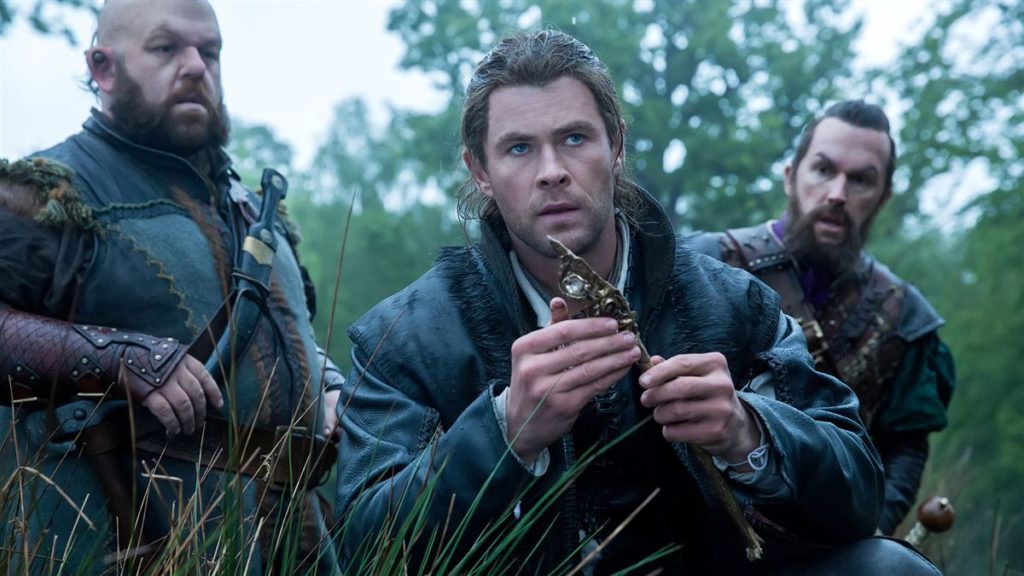 So, weak motivations and a bland, cliched plot weigh down the film, but that doesn’t mean it’s not entertaining.  While it can drag at times, the movie definitely benefits from a few of its stars.  Emily Blunt is good as usual, though she doesn’t have a lot of time with which to play.  Likewise, Jessica Chastain’s character lacks the emotional depth her story-arc requires, though her performance is fine.  The real saviors here are Chris Hemsworth, Charlize Theron, and Nick Frost.  Hemsworth’s impeccable charm, Theron’s unwavering intimidating stance, and Frost’s well-timed comic relief all kept my interest in what very well could have been an entirely unredeemable film – even if you can’t understand Hemsworth’s lines half the time thanks to the unbelievably thick scottish accent. 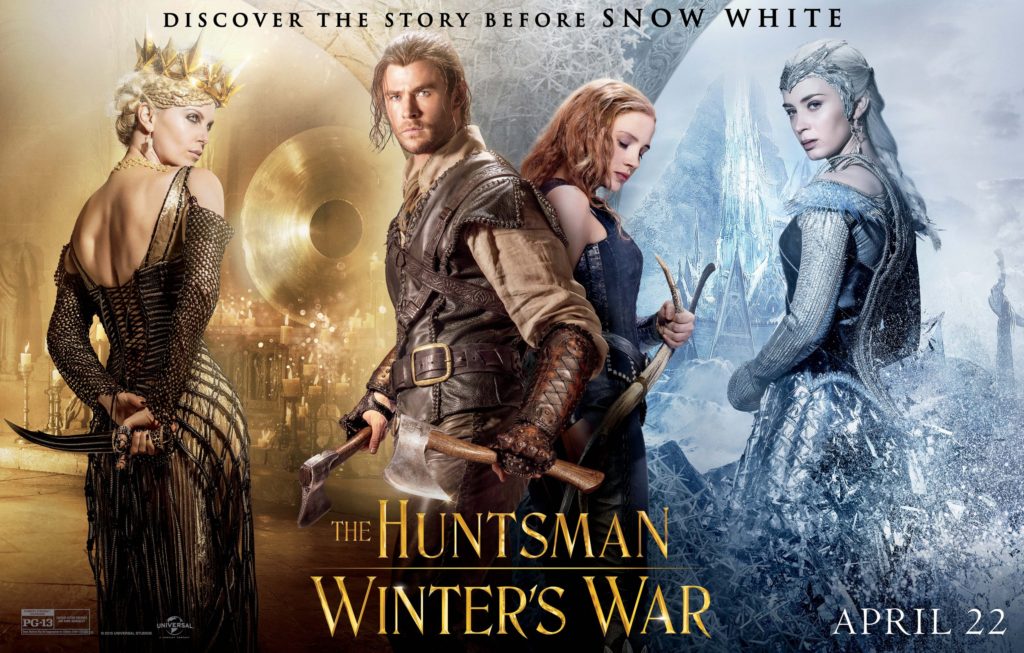 Ultimately, The Huntsman is what I like to call a “Saturday Afternoon Movie.”  After a long week at work or school, you find yourself sitting around on a quiet Saturday afternoon – not quite ready to hit the town for the night and looking for something to do.  So you look for a movie on TV where you might have an enjoyable time watching if you just turn your brain off for a couple hours.  Huntsman is not a challenging film by any means, but you might have some fun if you’re not looking for much.

What did you think of The Huntsman: Winter’s War?  Let us know in the comments below!