Perhaps the bravest thing any musical artist can do is change their sound.  Some will argue this is a bad decision since it could alienate so many longtime fans, while others see it as a natural progression in the artist’s tastes and inspiration.  But this is exactly why bravery is a prerequisite for change.  No one perceives it the same way and an artist’s reputation could drastically change for better or worse. Ultimately, I think it’s important for musicians to do what they want to do – why keep making music if you’re not inspired to continue?  If changing things around and jumping into a new venture with a fresh perspective is what you need, go for it.  And bear in mind I don’t think all changes are inherently good (Overexposed by Maroon 5 was bland, Born Again by Black Sabbath was pitiful, and Fury by Sick Puppies was kind of boring), but an uninspired droll isn’t engaging either (Heaven and Earth by Yes is actually kind of insulting despite not being overtly horrible).

And so, it’s always fascinating for me when an artist releases a lead single that confuses expectation for their upcoming album.  Luckily for us, we’ve seen two such singles released this week: “That Song” by Swedish power metal band Amaranthe and “Starboy” by Canadian R&B singer-songwriter The Weeknd. Both are from upcoming albums I’ve been very excited to hear and yet neither song is what I expected to hear. 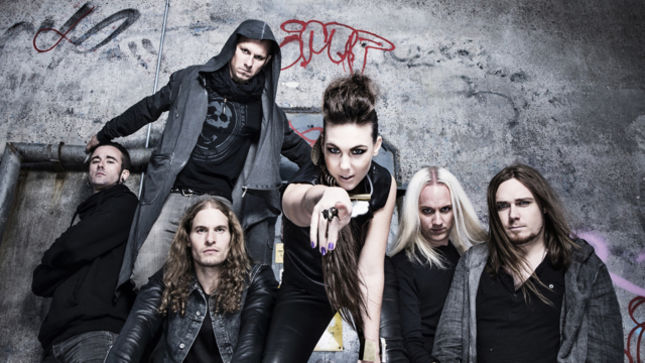 Amaranthe has always been a…hmm…let’s say “fascinating” little experiment.  Where most musicians insist they aren’t in it for money or glory, Amaranthe is strangely vocal about their group starting as “a product” that wasn’t yet represented in the metal community.  Now, to clarify, this doesn’t mean they’re the paint-by-numbers, appeal-to-everyone, meticulously crafted group popular in the K-Pop scene right now (most of whom are quite good, but obviously designed to sell merchandise with little-to-no input from the actual singers/dancers themselves) – Amaranthe is very much a band formed of individual people trying to make fun, engaging music.  It’s certainly very niche given that it’s often too pop-influenced for metal fans and too metal-influenced for pop fans, but those of us who relish the sweet spot where those two come together couldn’t be happier.  Not to mention when you hear one of their songs, there’s no question in anyone’s mind that this is an Amaranthe song…they sound incredibly unique.  It’s always been very difficult for me to explain to the uninitiated what this band sounds like.  You can’t easily compare them to anything.  The closest I’ve ever been able to get is “they sound kind of like Kamelot, but replace symphonic elements with pop/dance elements…um…maybe?  Think of Eurodance and Power Metal having a baby…um…maybe?”

Perhaps this is why the fanbase seems so heavily divided on their latest single “That Song.”  Bizarre title aside, “That Song” is a vast departure from their earlier sound.  I wouldn’t even call it a metal track – it’s very much a poppy hard rock arena anthem.  But the most interesting thing to me is when talking to the other Amaranthe fan in Southern California about it, it was very easy for me to describe the sound via comparison: “It sounds like The Pretty Reckless.”  No debate, no hedging, not even a second thought.  Just a definite sound-alike. 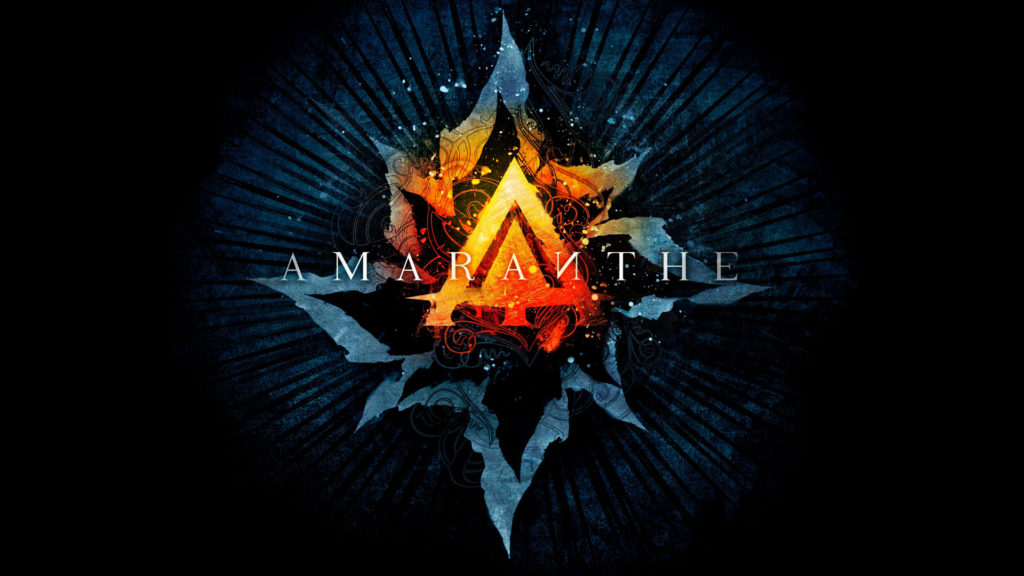 Good thing I like The Pretty Reckless!  I still would recommend “That Song” because it is absolutely a damn cool arena-rocker, but it was very jolting when I was expecting to hear a more typical Amaranthe song.  It’s just more generic than their previous offerings.  Good, but generic.  Part of what made them so special was that they defied easy classification, but that element of intrigue is no longer here.  Even so, the track is pretty great.  Amaranthe’s more metal-oriented fans may be left a bit unsatisfied with the lack of Henrik Englund Wilhemsson’s death growls and heavy riffing, but it is oddly nice to hear a band have such a huge departure in style and still kick so much ass doing it.  For me, this definitely changed my expectations for the new album’s October release – I’m kind of uncertain what to expect at all at this point – but it certainly didn’t dampen them.  The band’s social media is, of course, filled with they typical comment wars.  You know, the typical “you’re either angry at the new song or angry at the people for being angry at the new song” crap.  It will be very interesting to see how this affects the fanbase moving forward and to learn whether or not Amaranthe wishes to continue this musical trend or if it was a one-off.  Either way, it’s definitely a controversial start to their latest chapter.

The Weeknd – Known for Tasty-ass Jams, Singing Like Michael Jackson, and for a Small Tree Growing on Top of His Head

On the other hand, we have “Starboy” – a tepid release that failed to make a strong impression on my first listen.  Now, to be fair, I discovered The Weeknd through his latest album Beauty Behind the Madness and was not originally familiar with his early EPs.  Many of his early fans seem to find Beauty to be a disappointing venture closer to mainstream pop than his first outings, and I can certainly understand this sentiment.  For me, though, discovering him through what I would hands-down call the best pop album of 2015 meant I was onboard from day one and couldn’t wait to hear where he went next.

Then I heard “Starboy.”  It’s not that it’s particularly bad at all…in fact, it’s rather good.  Unfortunately, the song suffers from being something potentially far worse than bad: disappointing.  It’s definitely more in a groovy pop direction than anything on Beauty Behind the Madness (with the exception of “Can’t Feel My Face,” of course), and just felt far less memorable overall.  Again, this is only one song on the upcoming November release of the Starboy album, but it certainly tempered my expectations.  At this point, I’m really hoping the song grows on me or at the very least that the album is more engaging than this one sample.  What really drew me to Beauty were the flawless production and genuinely interesting lyrics.  Every song feels like the Weeknd is telling us a story from his past and genuinely speaking from the heart.  It just feels real.  Plus every note, every vocal melody, every harmony, every instrument – the music is just so enduring and brilliant.  I truly can’t recommend that album enough.  And this is “Starboy’s” biggest flaw – it’s so forgettable.  The music is fine, but not incredible.  The lyrics seem to be alright, but I couldn’t tell you anything about them after a couple listens except “I’m a muh-fuckin’ Starboy.”  It just doesn’t stand out. 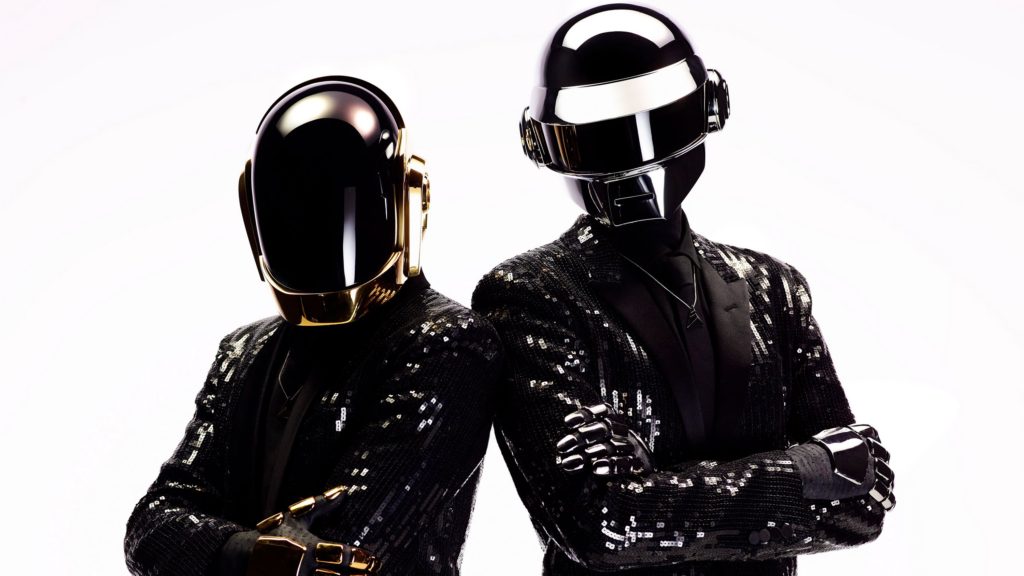 But I feel like I’m forgetting something…oh my God, Daft Punk has a featuring credit on this?!?  The music is so adequate-but-forgettable that if the featuring credit were not written in front of me, I would have NEVER guessed another artist was involved…let alone Daft Punk.  So, essentially, this song that was carefully crafted by two amazing artists and this is it???  I remember hearing a rumor that Daft Punk and the Weeknd were collaborating on something – we didn’t know who’s featuring on whose song – but I was pumped.  Now this is the result?  Again, it’s not bad, but now knowing that both of these artists worked on “Starboy,” it’s incredibly disappointing.  This is The Good Dinosaur of music: not technically bad, but poor for the people who made it.  Here’s hoping Starboy the album kicks me in the balls and proves me wrong…

Overall, I’d still recommend both tracks and it’s very interesting to see the reactions to each on social media.  “That Song” is polarizing Amaranthe fans, while “Starboy” really seems to be loved for the most part.  Hopefully, the stylistic shifts for these artists will prove to be beneficial in the long run, but at least we’ll always have the classics if the new ones don’t deliver.

What do you think about the new singles from Amaranthe and The Weeknd?  Let us know in the comments below!

Listen to the songs below:

YouTube – A Study In Shooting Yourself In the Foot