Superman will fight against the Ku Klux Klan this fall in Superman Smashes the Klan, by author Gene Luen Yang and artists Gurihiru. Yang is known for his graphic novel American Born Chinese and more recently New Super-Man, where a Chinese citizen becomes his country’s Man of Steel in a tasteful story that honors what Superman is about and utilizes surrounding nuances of being set in Asia. Superman Smashes the Klan will be an updated adaptation of a famous radio show storyline, refreshing the concepts for today’s audiences – much needed with the weekly headlines about the rise of white nationalism.

UPDATE: The three issues of Superman Smashes the Klan will be collected into a graphic novel, available on May 12. Pre-order your copy now on Amazon! 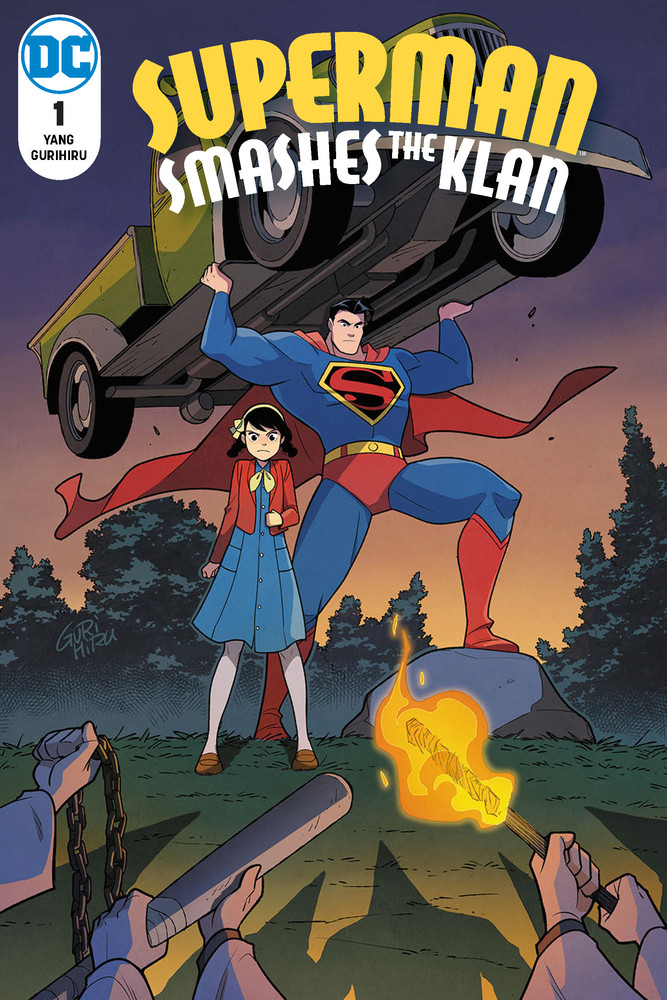 The cover of Superman Smashes the Klan #1. Photo: DC Comics

Back in the summer of 1946, the Adventures of Superman radio show showcased Superman taking on the Clan of the Fiery Cross, fictional bigots based on the Ku Klux Klan. With information from the activist Stetson Kennedy, the Adventures divulged KKK code words and secrets of the organization, giving listeners what they wanted – Superman fighting injustice and defeating evildoers. According to reports at the time, this radio show negatively impacted KKK membership and recruitment. 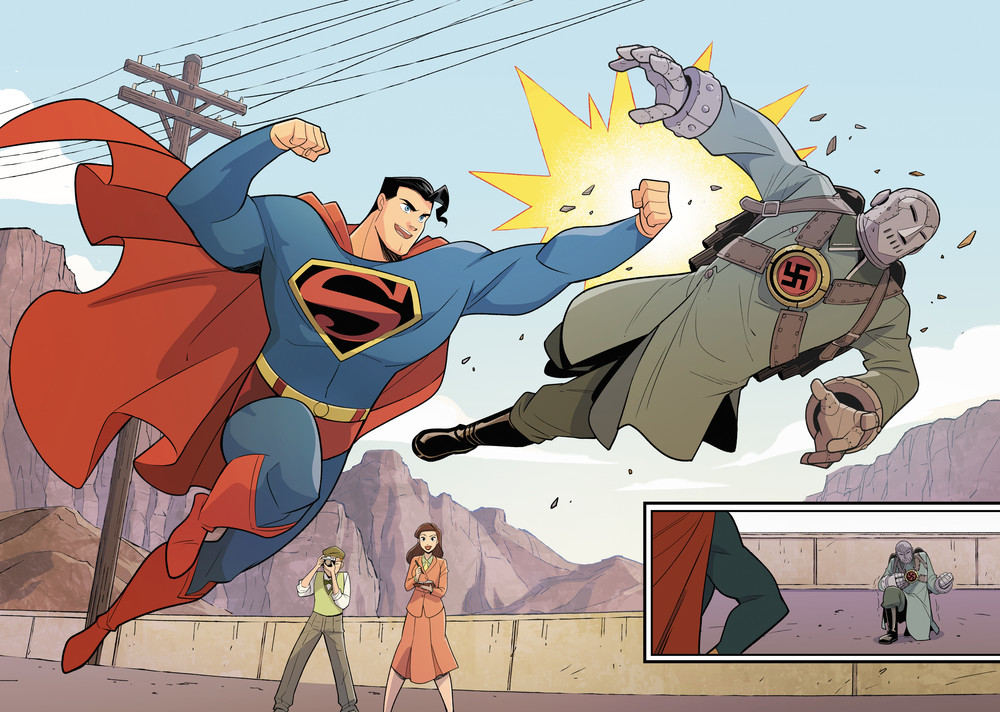 In an interview with The Hollywood Reporter, Yang shared his interest in the story concept as he grew up as an Asian American without seeing representation in the Superman comics he loved.

“I remember reading about it and learning that the incident that set the whole thing off in the original show was a Chinese American family moving into Metropolis. So, I’ve been a superhero fan since I was in the fifth grade – the very first comic I bought was a Superman comic – and I’ve been reading Superman comics since I was a little kid, and I can’t really remember any other Chinese or Chinese American characters showing up in any of the comics that I’d read,” Yang said. 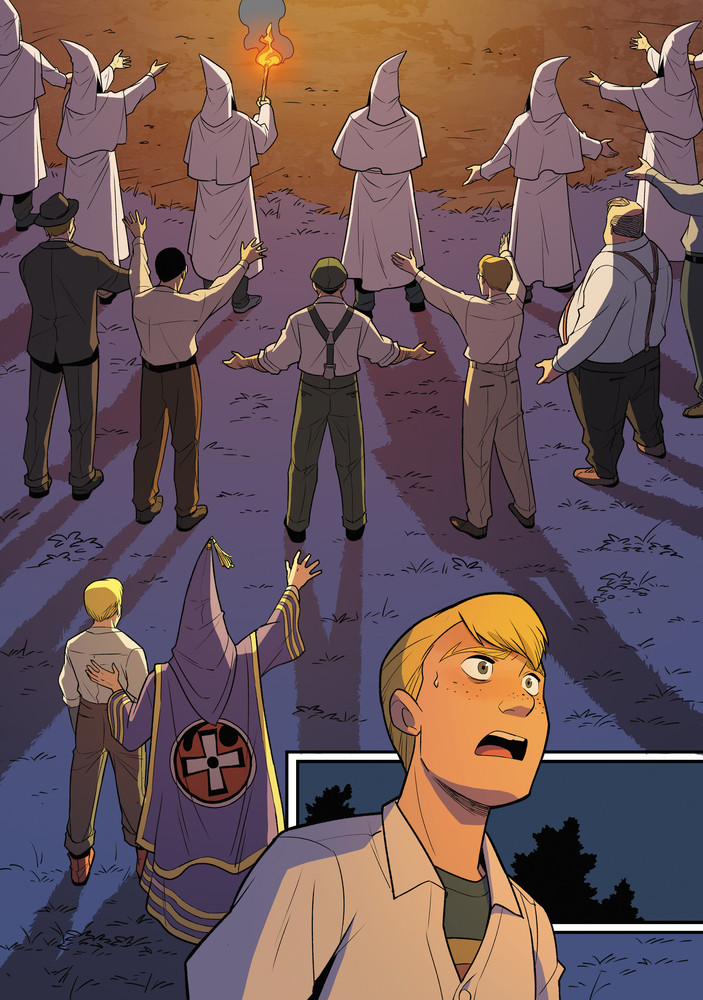 Given the fact that Superman was only in existence for eight years at the time (first comic appearance in 1938), that radio show truly embedded what Superman stood for.

“As much as the radio show impacted the real world in terms of bigotry and racism, it also helped shape Superman’s character. It was at this point where Superman really did become a symbol of American tolerance, American justice, and American hope,” Yang explained.

Being the child of immigrants, Yang felt a duality of being Chinese at home and American at school, which parallels what Superman must feel as an immigrant from Krypton.

“The reason why Superman presents himself as “perfect” is because he’s an immigrant. I saw it with my own parents; they came here and people perceived them as “foreign,” [and] they were always cognizant of this. The way they dealt with that was by trying to be perfect citizens. I think Superman does the same thing; the reason he tries to be a perfect citizen is because he knows he’s an alien,” Yang elaborated. 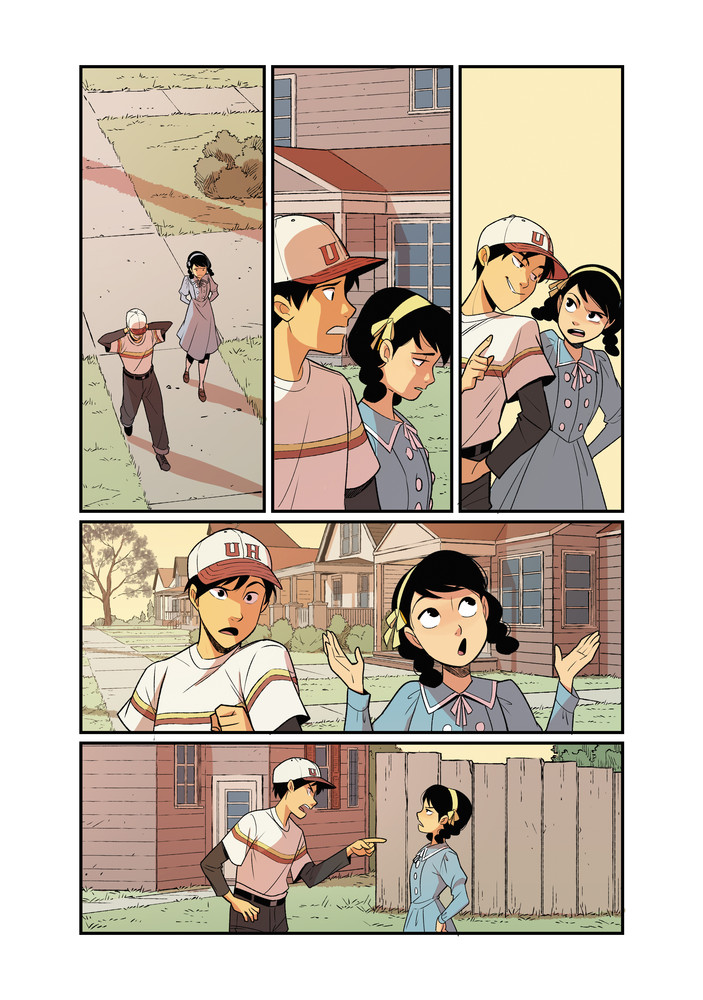 It would be incomplete to talk about Superman as an immigrant without bringing up his creators being children of immigrants.

“[Jerry] Siegal and [Joe] Shuster knew all of this, they were children of immigrants. They put all of this in the character.”

Stories like Superman Smashes the Klan are more necessary than ever. When the radio show aired, it was just after the end of WWII and had positioned itself to impart wisdom on young listeners to stop preventable tragedies. And it appears now, these lessons have been lost.

“The world learned something about tolerance after World War II. Not just America; all of us learned something about tolerance. World War II was the worst nationalistic instincts of the world come to a head – the worst instincts of our species had manifested themselves pretty much everywhere in the world. And then, this Superman story, which arrived a year after the war ended, was primed to convey the lessons the world had learned to a younger generation. I just think that maybe we’re so far removed from that period that we’re beginning to forget those lessons.” 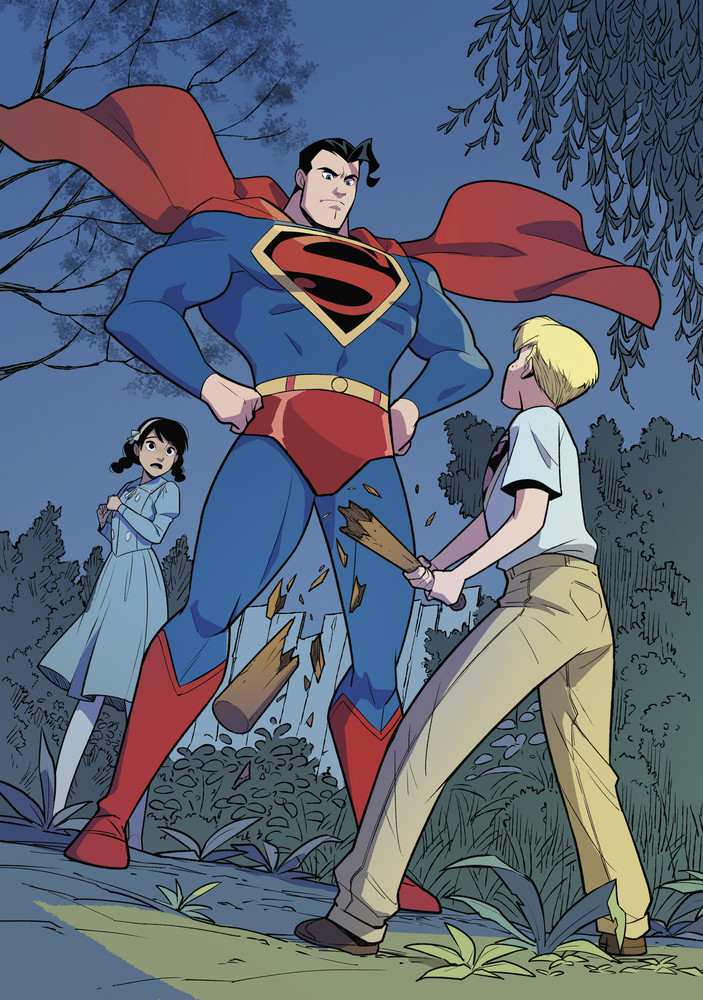 The first issue of Superman Smashes the Klan comes out on October 16, with two more issues to follow. All three issues will be available in a collected edition to be released in 2020. Here is DC’s official solicitation for the series:

The year is 1946, and the Lee family has moved from Metropolis’s Chinatown to the center of the bustling city. While Dr. Lee is greeted warmly in his new position at the Metropolis Health Department, his two kids, Roberta and Tommy, are more excited about being closer to their famous hero, Superman!

While Tommy adjusts to the fast pace of the city, Roberta feels out of place, as she tries and fails to fit in with the neighborhood kids. As the Lees try to adjust to their new lives, an evil is stirring in Metropolis: the Ku Klux Klan. When the Lee family awakens one night to find a burning cross on their lawn, they consider leaving town. But the Daily Planet offers a reward for information on the KKK, and their top two reporters, Lois Lane and Clark Kent, dig into the story.

When Tommy is kidnapped by the KKK, Superman leaps into action — with help from Roberta! But Superman is still new to his powers — he hasn’t even worked out how to fly yet, so he has to run across town. Will Superman and Roberta reach Tommy in time?

Inspired by the 1940s Superman radio serial ‘Clan of the Fiery Cross,’ Gene Luen Yang (American Born Chinese, Boxers and Saints, The Terrifics, New Super-Man) brings us his personal retelling of the adventures of the Lee family as they team up with Superman to smash the Klan.”

‘shelter the animation’ release and responses