Batman: Last Knight on Earth – What You Need To Know

Before we dive into the story of Batman: Last Knight on Earth, we have to talk about the dynamic duo behind the story as well as so many other great Dark Knight storylines over the last 10 years – writer Scott Snyder and artist Greg Capullo. Snyder got his start in Gotham with the Black Mirror arc in Detective Comics, one of the final Batman storylines in the post-Crisis DC Universe, prior to the 2011 New 52 reboot. He would then go on to write Batman with art by Greg Capullo at the start of the New 52.

Since then, Snyder has been involved with other parts of the DC Universe such as:

Now, Snyder and Capullo have reunited to close the book on their time with Batman (which includes a revised origin year with Zero Year, the introduction of new foes like the Court of Owls and the Talons, as well as new allies like Harper Row and Duke Thomas). Thanks to the standalone format of the DC Black Label imprint, the pair are able to cast a story set in the near future, post-Apocalypse, and freely turn up the intensity level without fear of repercussions or consequences to the ongoing canon of the primary DC Comics universe.

“The truth of the matter is that if you’re going to work on a character like Batman, there are thousands of writers that would kill to get on the book so that they could do their one big Batman story,” Snyder said back in 2015. “And if you have one that’s a big Batman story that you care about but you choose to do the relaxing, small story, I feel like you might as well move over and let somebody else take the book and swing for the fence on it.”

Stay tuned for our spoiler-free review of Batman: The Last Knight on Earth! Purchase your hardcover today! 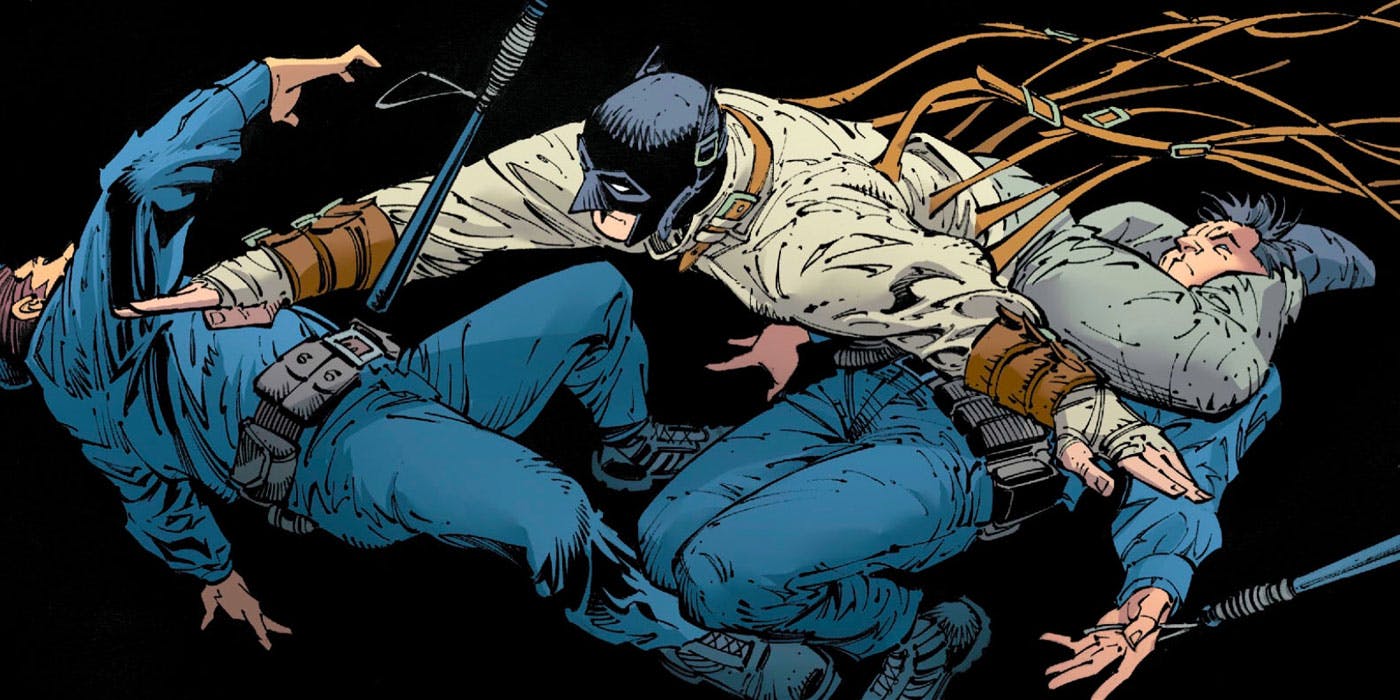 Make no mistake – this isn’t the story of how Batman is the world’s last hope in the face of the end, but rather the tale of Batman being the only hopeful person left in a world that has already ended.

“There’s a really interesting natural progression of the character because this was the story that I thought of as the last story that we would do for years,” Snyder said, “I didn’t come up with it at the end of our run, I came up with it back when we were doing ‘Zero Year,’ the bones of it.”

It’s not long before we find out that this Bruce Wayne is a clone to the original, tying back to the new 52 where Bruce was working on a machine that would create a new Batman.

The man built from tragedy would inevitably be the hope to lead the world back from oblivion.

Even when the original Wayne becomes the villain, the true heroic spirit of Batman lives on and succeeds in overcoming the challenge of his predecessor.

“It really came from this moment when I saw [his Batman scribe predacessor] Grant Morrison at San Diego Comic-Con when we were first starting Batman, and he told me to come up with an origin and a death for our version of Batman that was particular to ours. The death came pretty early too,” Snyder said. “You can see bones of it in the story I did for Detective Comics #27 (2014) with Sean Murphy, where Batman sort of figures out a way to always make sure there’s a Bruce Wayne Batman with his final invention, his cloning machine.” 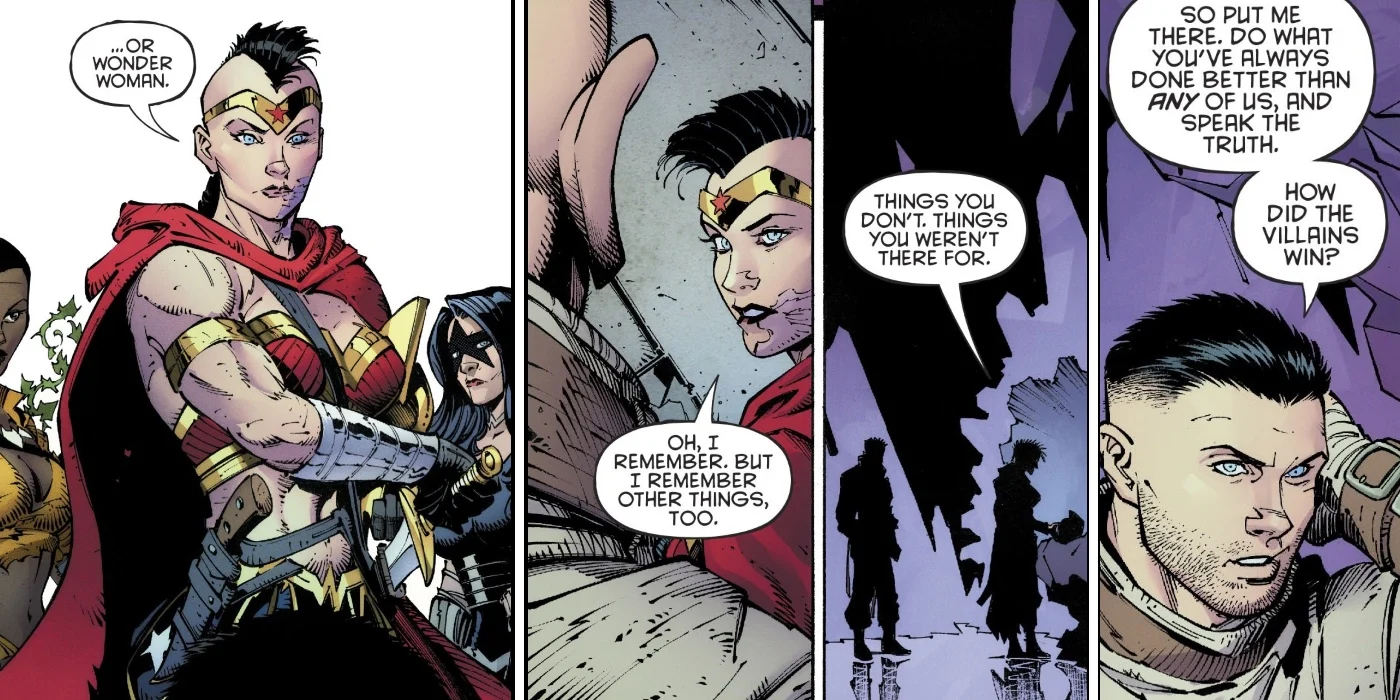 Maybe a future where Wonder Woman has a mohawk isn’t so bad. Photo: DC Comics

What Snyder and Capullo have given us is a Batman who inspires hope.

In a world that we first found dire and hopeless, our new Batman is the one that teaches a young Kal-El how to grow into the Man of Tomorrow for a future we can hope to be bright as the Bat Symbol and full of potential like a robotic Robin with Joker’s head in a fishbowl.

“I was thinking about how I wanted Batman to make my kids brave, the way Frank Miller wrote so much to my fears as a kid,” Snyder said. “The Cold War, urban decay in New York, all that stuff I grew up with here, I felt in his work.”

Batman and Joker, One More Time

Throughout the Snyder-Capullo run of Batman, the Joker has appeared and each time the nature of the story would be to a different beat. While “Death of the Family” could be called a comedy, “Endgame” would be a tragedy. When facing off against the Batman Who Laughs in “Dark Nights: Metal,” the Joker and Batman would work together to take down their corrupt fusion from the Dark Multiverse. And in Batman: The Last Knight on Earth, the Joker is accompanying our new Batman on his journey.

“I think for me Joker is always the inhuman opposite of Batman,” Snyder said. “Whatever Batman is trying to prove, Joker’s proving the opposite. When we were doing Batman, Batman was very much about proving that every action matters. He’s trying to get everybody to be inspired to get out and do something good. Joker was always saying, ‘Nothing matters. Everything is empty. There’s no story. It’s just empty, existential, inconsequential, nothing.’ And so whatever Batman is trying to do to make himself feel effective, Joker will reverse it. And that’s why I love him as a character. He’s sort of the embodiment of evil in that regard. Whatever you’re most afraid of, he brings to life for you.”

Now that this chapter of Batman comes to a close, Snyder hopes that fans walk away with this message.

“I hope that what people take away from ours is that we tried really hard to make it personal. And for me, what made our Batman personal was the idea that he was less about scaring bad guys into the shadows than inspiring people, good people, to come out into the light and try and do something effective with their lives. He was more a symbol of hope and inspiration. I think there’s still a lot of fears, all of these kinds of worries about big cataclysmic disasters. And Batman says, ‘Get out of your house, do something good today.’” 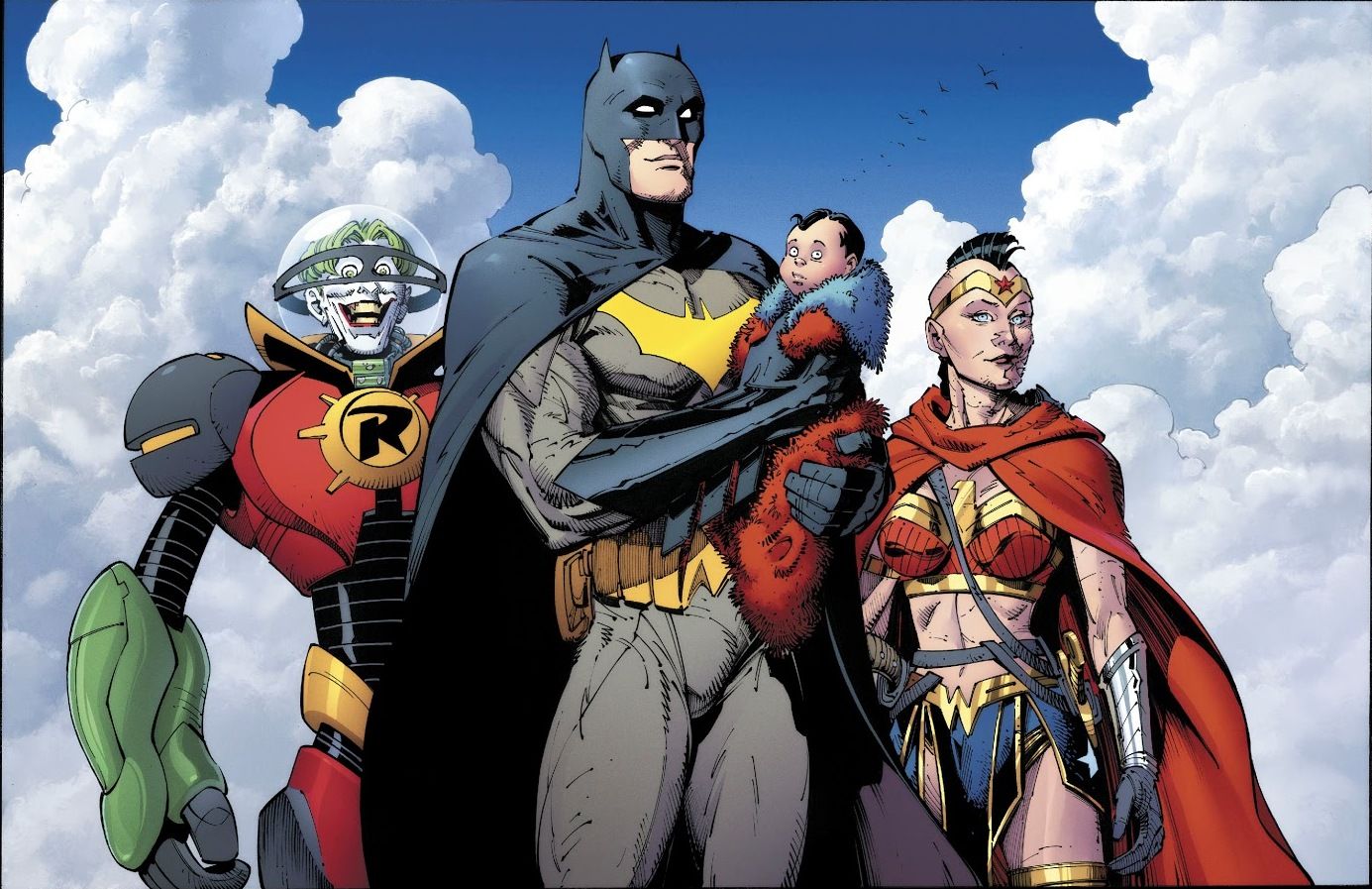 In this happy ending, we get to see a new Justice League come together. Photo: DC Comics

The Batman: Asking Robert Pattinson and...

‘Batman Beyond: Return of the Joker’...