DC Comics Releases to Be Excited for in October 2019

October is an exciting month for the world of comics, and not just for the spooky horror story inclinations for this time of year, but because it has FIVE WEDNESDAYS — meaning FIVE NEW COMIC BOOK DAYS. In order to help you achieve the optimal level of excitement from having so many options at your disposal, dorkaholics has curated a collection of the most important titles by DC Comics for October 2019.

To start off the month of October, we recommend the wrapup to Legion of Super-Heroes: Millennium #2. Four amazing artists (Nicola Scott, Jim Cheung, Jeff Dekal, Ryan Sook) come together in this book to take us 1000 years into the future, arriving in the 31st century. It’s been a long time since the DC Universe has taken us that far into the future, but this book is just the beginning for what’s in store for the future. 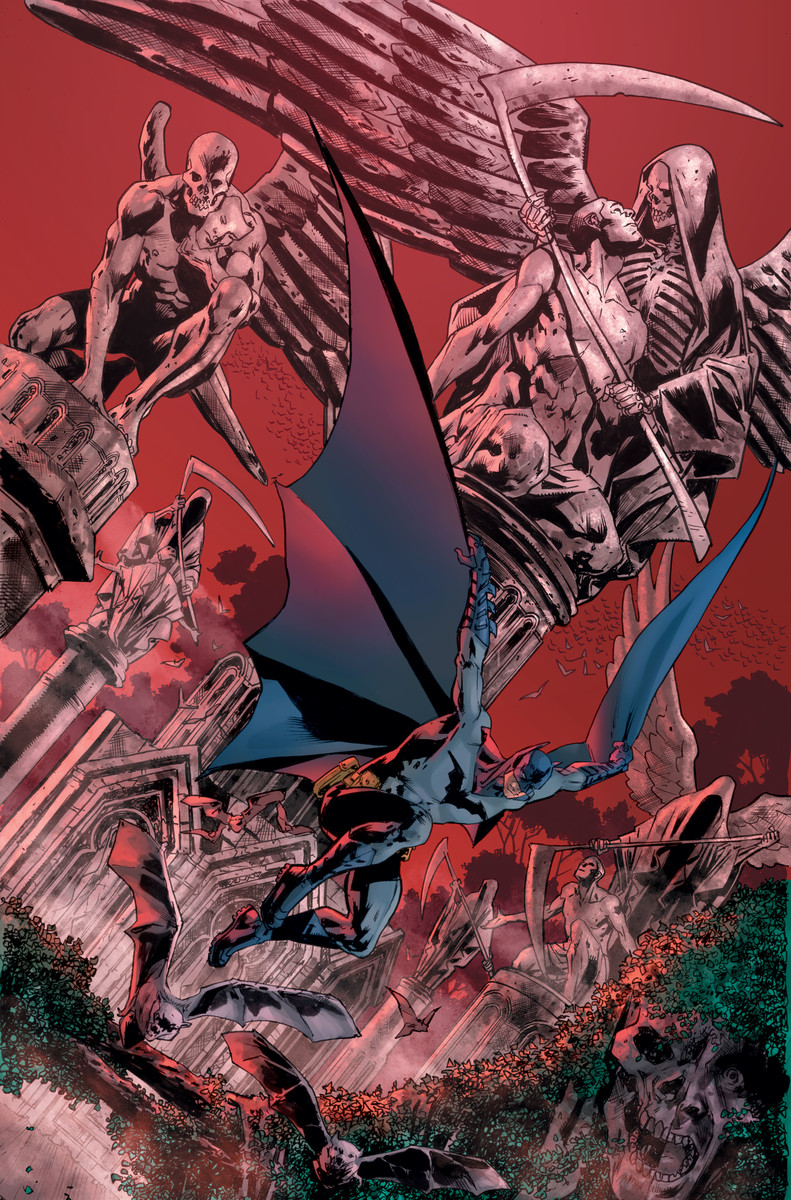 Personally, I am looking forward to reading The Batman’s Grave, which reunites Warren Ellis and Bryan Hitch, a pair famous for their creation of the comic book series The Authority. And if you’ve never heard of The Authority and think a title like that would make for a boring series with nothing new to add to the comic book medium, think again. In the 8th issue of The Authority, the World’s Finest analogs Apollo and Midnighter are revealed to be in a relationship, and for this, the series won a GLAAD Award, “presented to honor “fair, accurate and inclusive” representations of gay individuals in the media.” Clearly, Ellis and Hitch are no newcomers when it comes to pushing the limit in comics with necessary doses of reality. The Batman’s Grave is a murder mystery that will tackle “life, death, and the questions most are too afraid to ask,” and hopefully the series’ all-star team will continue to push the envelope in bringing gravitas to the comic book medium. 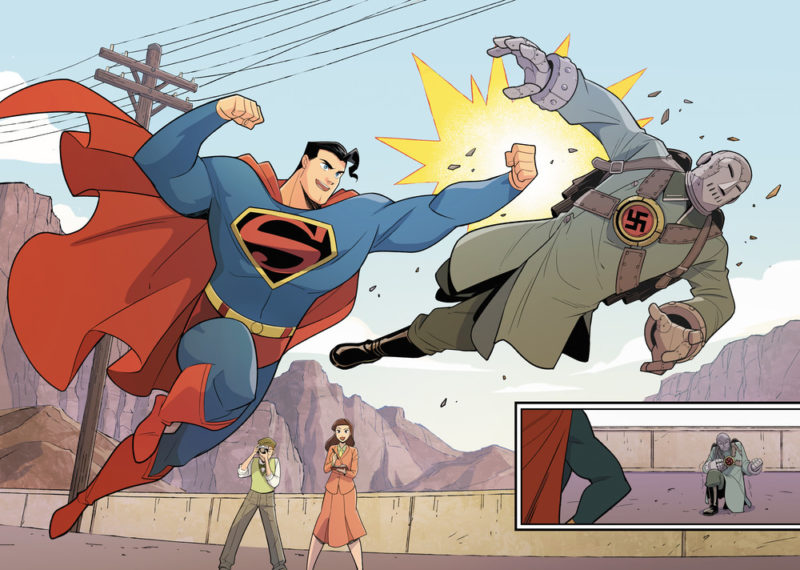 Written by the great Superman writer and Asian American talent Gene Luen Yang with art by Japanese illustration team Gurihiru, Superman Smashes the Klan #1 takes us back to 1946 where things are somewhat like how they are today… with rampant racist and white supremacy trampling on the rights of all and attempting to control the world through fear and intimidation. As Dr. Lee is welcomed to a new city in his new role at Metropolis Health Department, his Asian American family quickly feel the opposite when they are awoken one night with a burning cross on their lawn. The Daily Planet offers a reward for information on the KKK and has their top reporters, Lois Lane and Clark Kent, looking further into the matter. And when the KKK kidnaps Dr. Lee’s son, we meet an early Superman eager to save the day with his gifts. 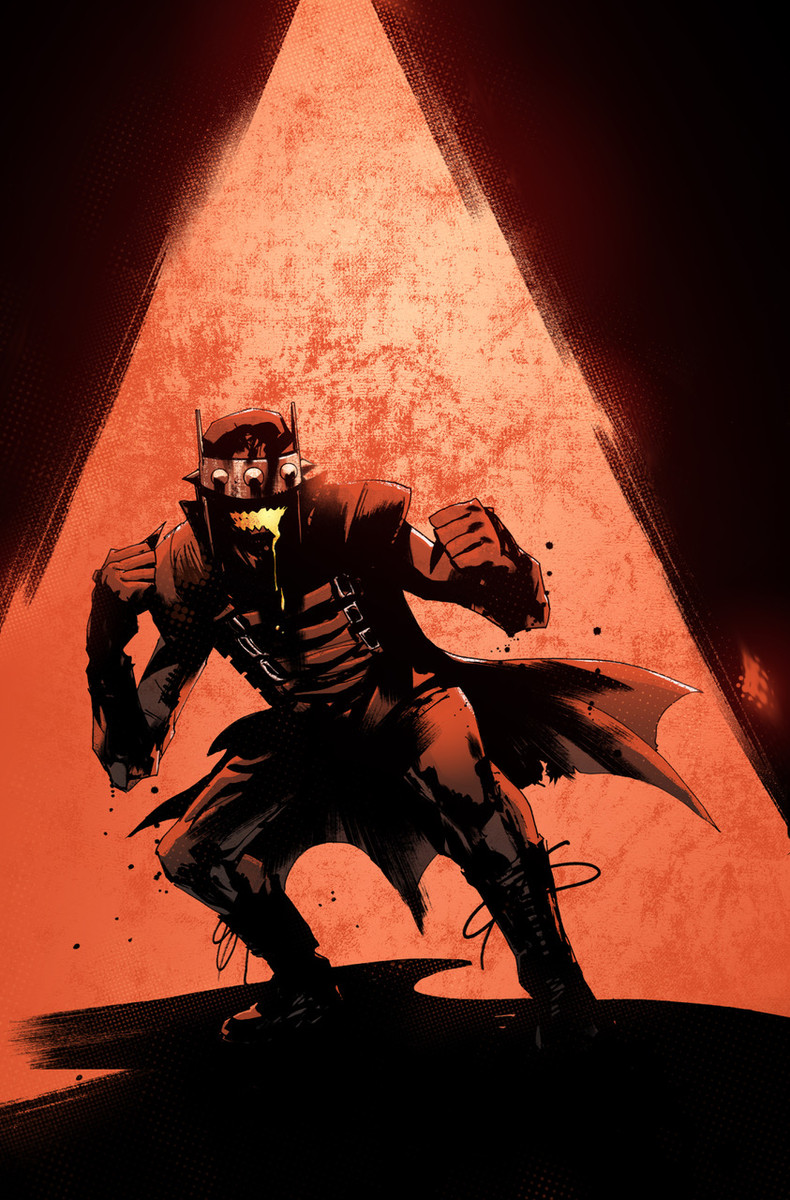 THE BATMAN WHO LAUGHS GETS A 7TH ISSUE – With a Story Too Big for Just Six Issues, Snyder and Jock Give Fans Even More Terror in an Extra Issue scheduled for July 2019

After the Batman Who Laughs has gotten in his last laugh by infecting a Secret Six of Batman and Superman’s allies, these corrupted characters will be appearing in their own stories that showcase their struggle against and slow turn to darkness. My guesses for the infected six was originally John Constantine, Green Arrow, Booster Gold, Plastic Man, Jimmy Olsen, Hawkman. The first infected member was revealed to be Shazam! and from the comic previews, it’s become known that Supergirl and Hawkman are also included. Our revised guesses for the remaining three are Blue Beetle, Donna Troy, and Jim Gordon (consider yourselves lucky Constantine, Green Arrow, Booster Gold, Plastic Man, and Jimmy Olsen… sorry Hawkman). Pick up the one-shot Black Adam: Year Of The Villain #1 to see Shazam! Invade Black Adam’s kingdom in an attempt to turn it into his own playground.

“Harley Quinn, Black Canary, and Huntress Team Up Against ‘Las Esposas de la Muerte’ in DC’s New Birds of Prey Comic.” Of course, DC Comics would launch a new Birds of Prey comic book series just months before the February 2020 release of the Birds of Prey (and the Fantabulous Emancipation of One Harley Quinn). Corporate synergy at its finest. MBA-speak aside, this version of the Birds of Prey is simultaneously honoring the rich history of the team while utilizing the immense popularity of Harley Quinn character to present a version of the trio that will resonate with mainstream fans much better, and hopefully direct moviegoers back to the comic shops. To elaborate on this, the Birds of Prey was originally Huntress, Black Canary, and retired-Batgirl now going by Oracle. While in the movie, we still have a Batgirl (the Asian character Cassandra Cain) who will be in need of rescue by the Birds, the comic book universe has Barbara Gordon still in the identity of Batgirl and currently, Oracle is the name of a supervillain/A.I. Barbara created. While there no mention of Barbara or Batgirl so far in the comic book series, we can hope to see some interaction between her and her squad, if she can find some time outside of her active role in Event Leviathan (just following up from her team up with Harley Quinn in Heroes in Crisis).

‘Year of the Villain’ prepares for a post-Rebirth ‘Final Crisis’